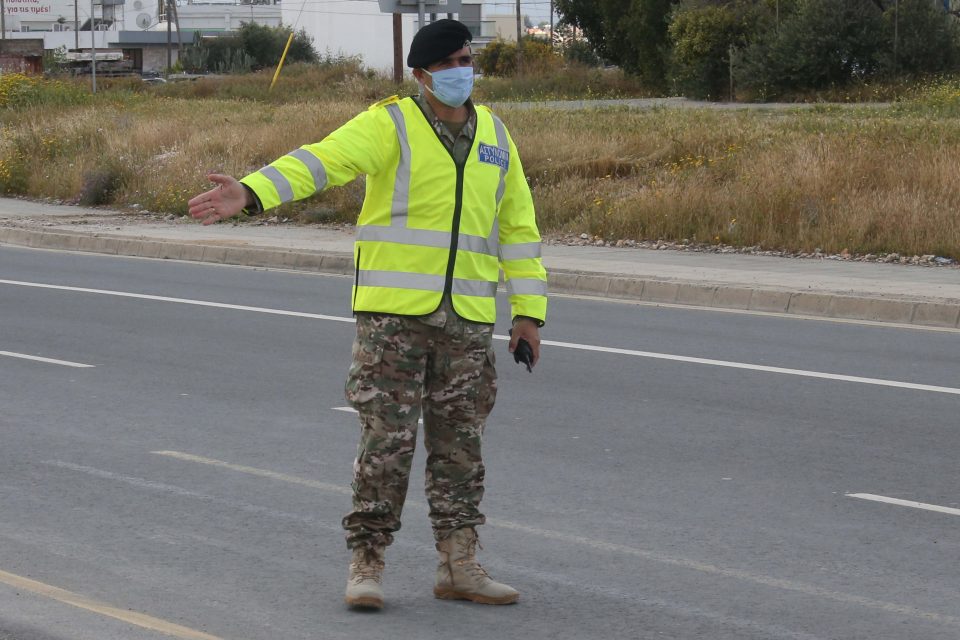 About 300 police officers are in self-isolation but authorities said this will not have an impact on the enforcement of the Covid-19 lockdown.

“Police are on the frontline, along with doctors and nurses, carrying out the government’s measures and coming into contact with the public.”

There have been concerns that a reduced police force may embolden those seeking to disobey the strict lockdown, but Andreou noted the reinforcement of other departments.

He mentioned that the civil defence, game wardens and most importantly the national guard has been brought into the fold to help carry out checks.

“The national guard were ready from the very first moment to assist us, but were only asked to last week,” Andreou said.

The army’s involvement in checks was announced on April 1 by the chief of police, Kypros Michaelides, after 24 people were caught at a party in a Larnaca flat.

Andreou also highlighted the important role that ordinary citizens carry out during the lockdown.

“The neighbourhood watch of course, but also in many cases people have notified us of illegal gatherings at houses and flats and groups of people in general,” he said. “They have been very involved in the process.”

With regard to the strength of Cyprus’ police, it was reported by Eurostat in January of last year that the island has the highest ratio of police officers per 100,000 residents in the EU.

Authorities in Cyprus, however, said this was largely due to how the data was collected and which personnel were categorised as police officers.

The police said in an announcement in response to Eurostat’s report, where it claimed that the high figure accounts for “the inclusion of various units and services which in other European countries constitute a separate body and are therefore not included in the statistics as members of the police.”

Restaurant famous for its snake soup shutting its doors