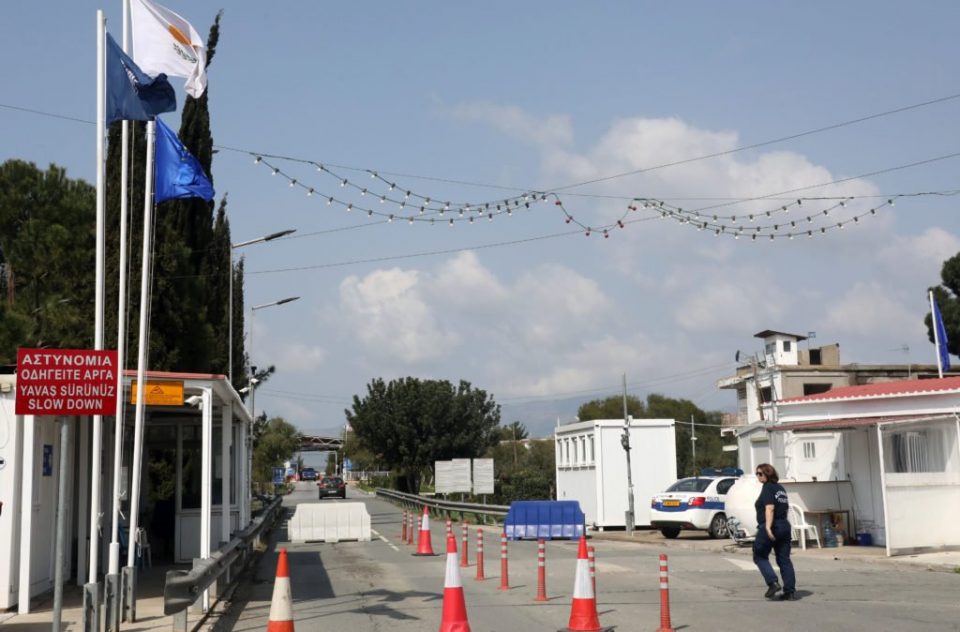 No United Nations personnel or those holding diplomatic papers will not be allowed to cross into the north for a week, as of Sunday, ‘foreign minister’ Kudret Ozersay said.

The same applies for people of any other international organisation, Turkish Cypriot station Bayrak reported on Saturday night.

“Let us remember that a short while ago a member of the peace force in Cyprus was found to have coronavirus,” Ozersay said.

Medical and other supplies sent each week to the enclaved will not be affected but will be delivered by Turkish Cypriot officials under the supervision of one member of Unficyp.

A UN source told the Cyprus News Agency on Sunday that the decision was communicated to the United Nations by Ozersay and the UN is working to address practical issues.

Asked if this also includes the enclaved, who receive aid and medical supplies from the Republic with the support of Unficyp, the same source said that it includes all mission activities.

Commenting on the measures, Presidential Commissioner Photis Photiou said “during these critical moments that our country and the whole of humanity is going through, we will not preoccupy ourselves with the political expediencies of the new measures by the pseudo-government.

“We remain focused on the issue of humanitarian help for all our compatriots,” he told the Cyprus News Agency.

Photiou said he had spoken to Unficyp and according to plan, food and medicine would be sent to Kormakitis on Tuesday, while on Wednesday medicine will be sent to Karpasia as well as the special allowance for enclaved persons which the Cabinet agreed on April 8.