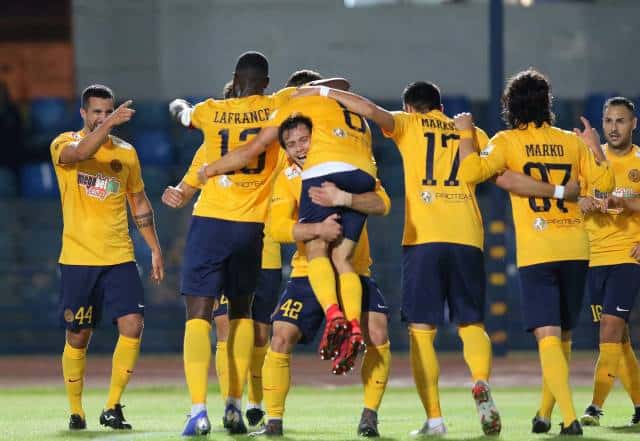 The Cyprus Football Association (CFA) on Monday came up with a proposal to cut the salaries of footballers who earn more than €2,000 monthly by 23 per cent, as a response to the coronavirus pandemic that forced the indefinite stoppage of the domestic league.

CFA president Giorgos Koumas has sent the proposal to the Pancyprian Footballers Association (Pasp) and will be expecting a response by April 16.

In his letter addressed to Pasp president Spyros Neofytides and to the players’ representative Giorgos Merkis, Koumas said the reason behind the proposed pay cut is explained by the very difficult moment football is undergoing, not just in Cyprus, but in the entire world.

“The suspension of the championships was a government measure and, while we understand it and reinforce it, we do not yet know when football will be allowed to resume,” the letter said.

“At the same time, as a result of the decree temporarily banning sports events, many sponsors and television platforms have ‘frozen’ their payments, which has hit our world hard.

“Even when football is allowed to resume, it will be without fans at the stadium, which will further dent the finances of clubs.”

Koumas said that the practice in all countries hit by the pandemic is to share the economic losses, as suggested by FIFA in its latest letter to football federations around the world.

FIFA also called on the federations and the players’ union to find a common ground and come to an arrangement regarding the salaries of the footballers.

Koumas said that, under the circumstances, he considers the proposal made by the CFA to be fair and looks forward to the positive response from Pasp.

“I’m asking the footballers’ union to carefully consider the proposal, taking into account that similar sacrifices have been made by many other leagues.”