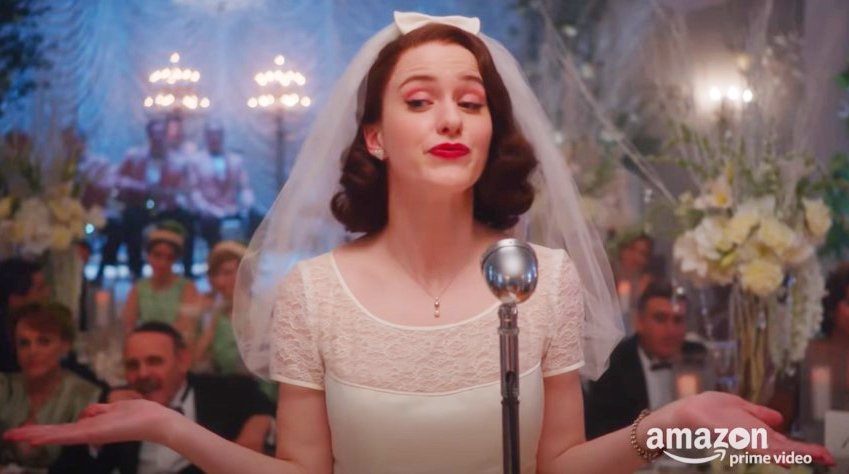 We have Charlize Theron to thank for this modern noir offering as it was she who passed executive producer David Fincher a copy of the true crime book that inspired the show.

Created by Joe Penhall, Mindhunter looks into the investigation methods the FBI began deploying in the late 1970s, freely delving into some of the most gruesome crimes of the era and casting a focused gaze on both the perpetrators and the investigators.

There are two seasons on Netflix

Gamers will easily identify with the following predicament: the game begins, your point-of-view is that of the character currently in your control, some external challenge presents itself, and then you die. You return back to the last checkpoint and give it another go. This process repeats itself until you figure out how to proceed.

The title is a major indicator of what comes next as the protagonist has to look inward, peeling away layer after layer of her own psyche to understand what’s happening to her.

One season on Netflix

Comedians tend to use loosely autobiographical material across different mediums and Master of None is no exception.

The show is a comedy-drama created by Alan Yang and Aziz Ansari, revolving around a variety of scenarios, including professional and personal experiences involving its core cast but primarily lead character Dev Shah (Ansari).

The Wire is a classic case of appreciation after the fact. During its original run it received little acclaim nor did it garner particularly high ratings. However, since its completion in 2008, it has been lauded as one of the greatest TV series of all time.

The show’s premise hinges on the notion of transferable consciousness and memories, upon which the show builds a more traditional story of a murder mystery.

During the past decade, we have been inundated with a barrage of superhero content, and while technically The Boys falls under that category it’s far from your archetypal superhero tale.

The show, based on a comic book by Garth Enis (‘Preacher’), is set in a world where these beings of magnificent and extraordinary abilities have been eroded by the adoration their celebrity status affords them.

Enter secretive CIA squad known as The Boys who are in charge of monitoring the superhero community and having to step in to handle things whenever necessary.

One season on Amazon Prime Video

Lost co-creator Damon Lindelof has always been a fan of Alan Moore’s iconic graphic novel Watchmen. Though the latter was never intended to be continued in any episodic form by its original creator, Lindelof used Watchmen’s alternative reality as a backdrop for events involving new and existing characters.

The HBO series has been received with critical acclaim, with fans and critics alike praising its daring writing and storytelling elements.

Watchmen is available on Hulu

One of the most legendary comedy TV shows of this century and arguably of all time, Curb Your Enthusiasm has been going strong for ten seasons. Larry David’s fictionalised version of himself stumbles into a plethora of tragicomic reversals that culminate in often awkward peaks of absurdism and hilarity.

Curb Your Enthusiasm is on Hulu

Taking place in the late 1950s, The Marvelous Mrs. Maisel is a comedy-drama revolving around a housewife who ventures into the world of standup comedy after discovering a latent talent for the then-budding artform. The show has been praised both for its costume design as well as its writing, winning both a Golden Globe and a Primetime Emmy in the process.

The Marvelous Mrs. Maisel is on Amazon Prime Video

If you’ve never watched The Sopranos consider me envious of your predicament. Tremendously successful, both during its original run as well as in later years, The Sopranos is centred on the New Jersey crime family of the titular name.

Coronavirus: expert warns of ‘many more cases’ after virus revealed in supermarket, bakery

I didn’t even know who Souness was, says Pogba