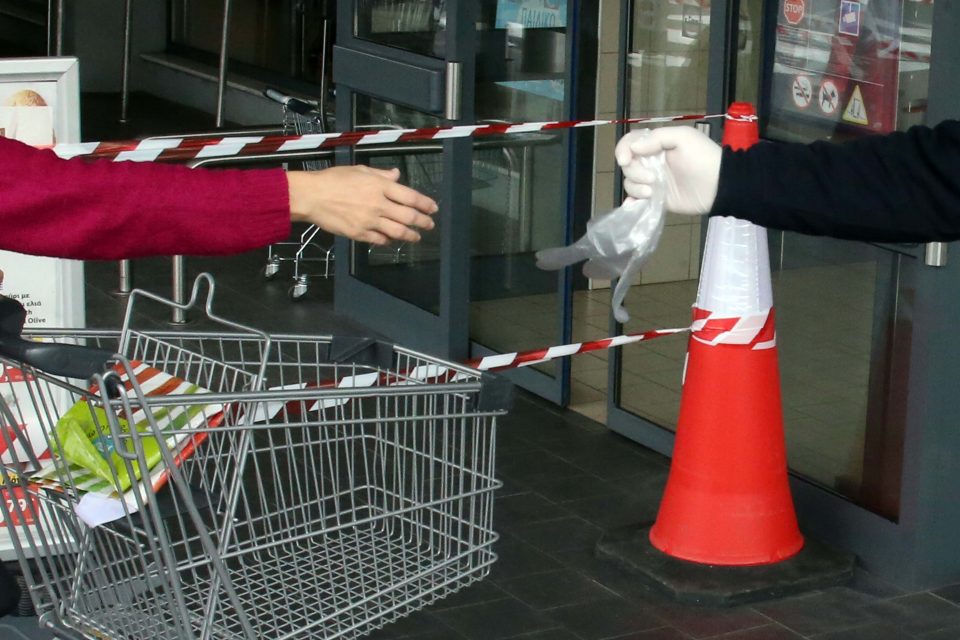 Mass testing that began on Saturday focusing on healthcare workers and those in service areas who deal with people both in the public and private sector, has revealed until now, a number of confirmed cases in at least one supermarket, Alphamega in Nicosia and one bakery production facility, Zorbas in Aradippou, Larnaca.

State epidemiologist Michalis Voniatis urged people who had specifically visited the supermarket and bakery in question in the last two weeks to declare it to the competent authorities and to get tested as soon as possible.

“In my opinion, most of them should be considered at risk, as we do not yet know the extent of the problem. Things are not easy at all. There is a possibility the virus is still in its incubation period for a lot of people who visited the two shops recently,” he said.

“If that is the case, in 15 days we will have many more confirmed cases of coronavirus. That is why it’s incredibly important they get tested.”

Voniatis said the situation was critical, claiming that only people who wore surgical masks at the bakery and at the supermarket can be considered safe from contracting the virus.

“We don’t go to the bakery or to the supermarket once a week, we go twice, maybe three times per week. Therefore, the risk of registering a large contagion in the next few days or weeks is real,” he added.

He urged all supermarkets and bakeries to keep adhering to the strict guidelines issued by the health ministry to limit the spread of the virus.

“Disinfection is crucial. The virus transmits easily but it has a low resistance, so it’s important to thoroughly clean public areas such as supermarkets and bakeries. Also, if we all wear a mask, the risk of passing the virus to other people is almost reduced to zero. We must remember that when we go out to shop.”

“I think they did the right thing. People have a right to know where there have been confirmed cases of Covid-19,” he told the Cyprus Mail. “It’s a matter of public safety and it concerns the entire population. In cases such as these, full transparency is the way to go.

Hadjiadamou said it was inevitable to find cases in supermarkets, as they were among the few places in the country where people still gather and are in relatively close contact with each other.

“I also want to make it clear that Alphamega had nothing to hide. I know for a fact they respected all hygiene measures in their supermarkets and adhere to all decrees issued by the health ministry regarding both their employees and their customers,” he said.

Alphamega said in a statement on Tuesday that they were taking every precautionary measure in accordance with health ministry decrees. The infected employees were identified after the ministry of health started carrying out mass testing on some 20,000 people in healthcare and among private and public sector employees, in an attempt to locate individuals who caught the virus, especially asymptomatic people.

The sampling is expected to last 20 days and is being carried out by private labs in all districts.

Alphamega, however, did not disclose the number of employees who tested positive to the virus, but soon after they found out about the incident, they implemented the safety action plan established in advance, they said.

“Immediately after confirmed cases were found and under the guidance of the health ministry which yesterday afternoon sent a relevant letter, Alphamega hypermarkets activated a plan of action taking all the advised safety and hygiene measures,” the company said.

“We want to stress that we placed our employees’ and the public health’s safety as our top priority. That is why we deemed it necessary for our workers to undergo preventive tests, which proved to be useful, as the cases were discovered this way,” it added.

It’s worth noting that the health ministry refused to disclose the name of the supermarket immediately, a move that has angered many who were calling for total transparency on the matter.

Eventually, it was Alphamega who announced it, while also making it clear that all personnel at its branch in Engomi had been placed in home isolation and would also undergo testing.

New employees have been brought in to operate the supermarket after it reopened, the announcement confirmed.

Alphamega CEO Yiorgos Theodotou also chimed in and assured that the company was handling the issue in close cooperation with the health ministry, adhering strictly to the instructions and procedures of the relevant protocol.

“As a socially responsible organisation we considered it our duty for our employees to undergo preventive tests.

“Our supermarkets are places that receive thousands of people every day, so it was very likely to eventually find people who caught the virus,” he said.

In addition to the cases found at Alphamega in Nicosia, 12 employees at a Zorbas bakery in Aradippou also tested positive for the coronavirus, it was announced on Tuesday. Health Minister Constantinos Ioannou said the 12 workers were in the same building.

The company said all staff were tested and facilities and shops disinfected and were now operating normally under strict conditions.

Binge worthy shows: what to watch as lockdown continues