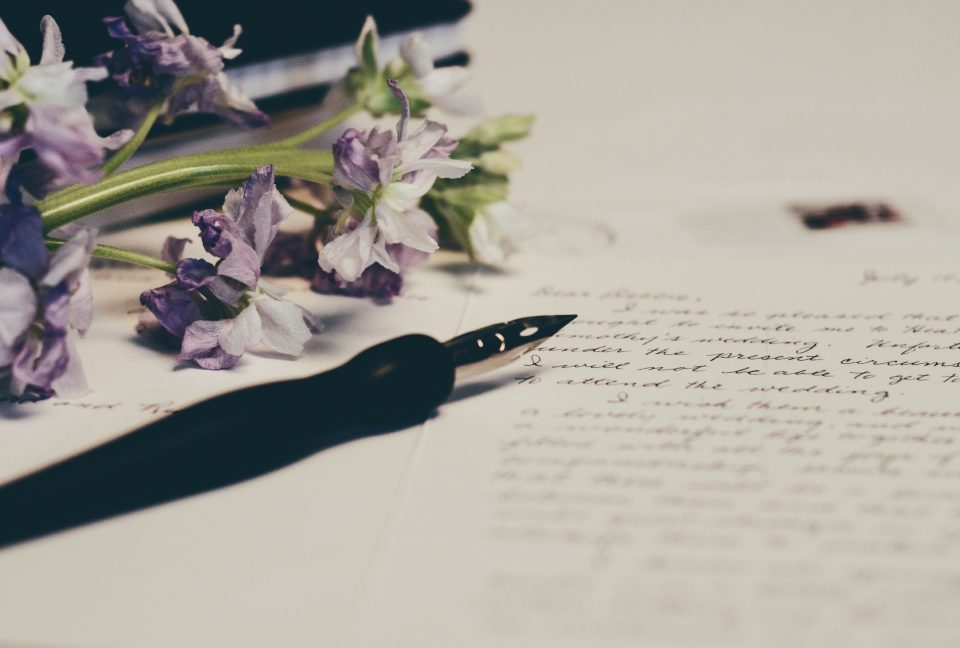 As the weeks go by the phrase ‘Distance makes the heart grow fonder’ takes on a new meaning as the time spent away from family members and friends takes its toll. In these once-in-a-lifetime days (hopefully), homebound by coronavirus, creating a sense of togetherness is both more difficult and more important than ever. But how do people communicate and offer that personal sense of being heard when everyone is locked up in their homes? Technology is certainly proving to be an essential part of our lives but one scheme is blending old and new as a way to communicate: it’s penfriends in the days of corona.

The Nicosia Municipal Arts Centre (NiMAC) in collaboration with Write It has announced an open call to revive hand-written letters, inviting people to engage with each other and share their daily lockdown routines, thoughts and feelings. The ‘Write it. Pen pals in the Age of Quarantine’ project is an exchange of handwritten letters, photographed and sent to the organisers who then distribute them anonymously via email to other participants.

Why the focus on handwritten letters? “I have always been fascinated by the idea of the anticipation of a letter written by someone especially for me,” co-organiser of the project Valia Matsentidou, who has had a life-long obsession with this old craft, said.

“My interest in handwritten letters came due to my denial of being a part of the digital era. I often find myself craving for a past era when people dedicated time to connect with each other,” she said, amused at herself for sounding like a hopeless romantic. Communicating through Facebook-like buttons isn’t a preferred way of connecting with people for Valia and she wants to rejuvenate more traditional methods.

As such, she often holds writing workshops at museums and cultural institutions focused specifically on pen and paper.

Working in the public schools of Cyprus was an eye-opener as she realised that children need to learn new ways of expressing themselves to become adults who can communicate well. But this project is open to adults as much as it is to children as well.

Revealing hopes, dreams, fears and worries on paper and then posting it to someone, a stranger, is often easier than doing it vocally, Valia said and she hopes that this project acts as a powerful way of connecting with each other.

“Expression through handwritten letters is relieving and therapeutic. I often hear participants during the workshops I lead, saying ‘that was psychotherapy’,” said Valia.

With a background in visual arts and museum education, Valia has worked with NiMAC in the past. Last month she was about to hold writing workshops at SPEL’s new exhibition Rebirth which was postponed due to the coronavirus. Valia found herself self-isolating at home, cooking, listening to music, reading and observing the various corners of her house.

And just like that, she came up with the idea of creating pen-pals during the quarantine. Yiannis Toumazis, the director of NiMAC was thrilled with the proposal and the two of them gave it shape.

But what do you have to do?

Observe your new at-home reality, take note of your favourite corners of the house, newly-found habits and photograph something, anything, that has been a part of your quarantine life. This could be your morning coffee on the balcony, a poster from your travels that’s recently grabbed your attention again, a book that’s been helping you, your fridge content or whoever’s been keeping you company. Upload it on social media tagging NiMAC and Write it (Grapse to) using the hashtags #grapseto, #nimac and #nimac_grapseto.

Step two is to pick up pen and paper, sit down and write a letter (in Greek or English). The recipient is unknown but feel free to unload your mind. Let the mind wander and write honestly.

Taking a glance at the first few letters that arrived Valia said: “I can see people describing their current situation, the changes in their daily routine, their feelings and worries, their hopes and wishes. Someone suggesting a quarantine soundtrack for its unknown recipient, another sent a poem, another sent us a letter from Athens. That got me quite emotional. Every time a letter arrives, I get the chills and I feel honoured and grateful as the public is very responsive and spontaneous. “

Take a clear, quality photo of your handwritten letter. This is step 3 and is very important as that is how your recipient will read your letter. Email the photo of your letter to [email protected] and [email protected]. You see, although the essence of the project is the therapeutic art of handwritten letters, the mailing process is done online. It’s as romantic as letters can get in the days of social distancing.

After April 15 (the deadline for letter 1), you will receive a letter in your inbox from an anonymous sender and someone else will receive yours. Then, you will be asked to write a response, in a handwritten letter again, take a photo of it and email it back. So, there will be 2 letters involved. Sent and received yet not necessarily to the same sender. Two different pen pals.

When completed, don’t throw out your two handwritten letters or the image that inspired them. When the lockdown is over NiMAC and Valia plan to present the letters and upload them on NiMAC’s website in the form of an e-book. A presentation is to take place where the pen pals will meet and the letters will be read.

“I think that this will be the best part of the project as this difficult situation in which we are currently stuck, will be over and we will all be able to meet and exchange not only our thoughts and feelings about our past quarantine – but also hugs!” said Valia.