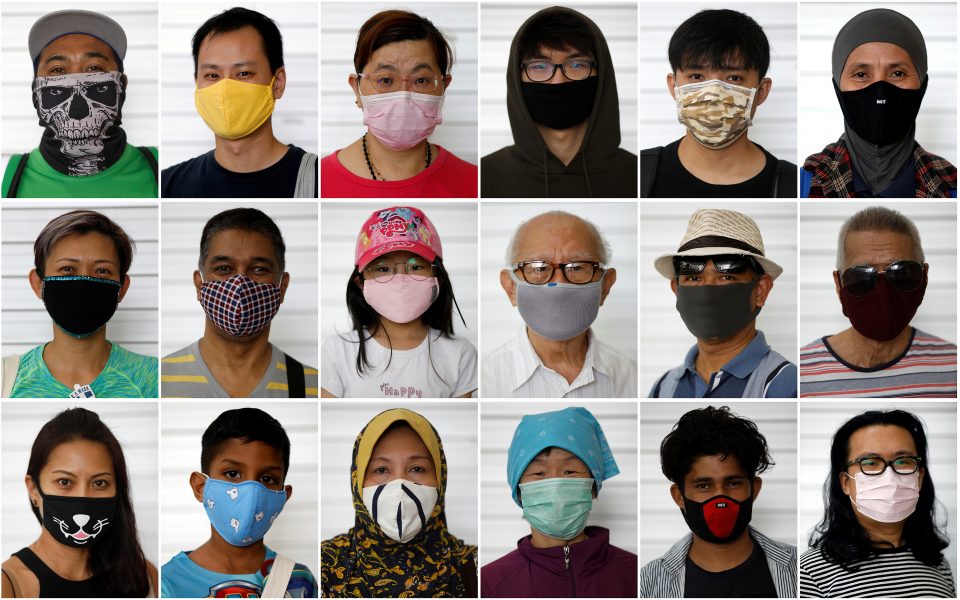 As countries scramble for face masks to protect their healthcare workers from the coronavirus, German and U.S. manufacturers in Europe are seeing an opportunity more permanently to take on big Asian rivals and bring mask production closer to home.

Treating a single COVID-19 patient requires the daily use of about 15 so-called N95 masks, according to recommendations by the European Centre for Disease Prevention and Control (ECDC). With about 700,000 Europeans living with the infection, that translates into a daily need for about 10 million N95 masks, or more than 3.8 billion a year.

Germany’s family-owned Innovatec GmbH & Co. KG is due in mid-June to boost production of the fabric while U.S. packaging group Berry Global and Germany’s unlisted Sandler AG, plan to bring new European production lines for the filtering fabric on stream in August.

Unlike many manufacturers that have stepped into medical equipment temporarily to meet unexpected soaring demand, Innovatec said it was looking at long term production, aiming to boost output of meltblown polypropylene to enable additional production of 2 billion masks per year.

Due to Asia’s dominance in production of medical protective gear, masks have not been a focus for Innovatec. Only a few of the company’s production lines can be quickly retooled from their would-be industrial use to make mask-grade material.

Bavaria-based Sandler AG said it is investing in a production line to make meltblown for up to 800 million masks per year, though the start of production is not expected before August.

Innovatec said it would likely add another 1,000 tonnes of annual meltblown output from November.

U.S. rival Hollingsworth & Vose Co. as well as Germany’s unlisted Freudenberg SE also make meltblown in Europe and have said they are working to boost output of mask materials.

Europe-based businesses such as Innovatec and Berry are counting on public-sector commitments to ensure that buying local will outlive the pandemic.

“We do believe countries will re-localize face mask production given the experience gained from this crisis,” said Cedric Ballay, Berry’s General Manager for Health, Hygiene, & Specialties for the region.

European governments are seeking to nurture a domestic mask industry after running into fierce competition with U.S. buyers for shipments from Asia.

Germany has said it will foot 30% of the investment bill for companies that manage to get production of the coveted filter fabric started before year-end.

WHAT YOU NEED TO KNOW ABOUT FACE MASKS

WHAT FABRIC IS USED IN FACE MASKS? An ultra fine synthetic fabric, meltblown polypropylene is the gold standard for filtering virus-filled droplets out of breathing air in face masks. Both the heavy duty N95 respirator masks, also known as FFP2, and simpler surgical masks require meltblown fabric. Protective layers of coarser fabric are added on both sides.

HOW IS IT MADE? To make the thin fleece, solid polypropylene granulates are melted and shot out of ultra-thin nozzles into a stream of hot air. This so-called meltblowing process yields a tangled mesh of fibres with 1-3 micrometres, or one thousandth of a millimetre, in diameter. An electrostatic charge is added to attract aerosols.

WHY IS IT IN SHORT SUPPLY? Meltblown production has emerged as an acute bottleneck because Europe has so far relied heavily on Asian suppliers. Assembling and installing the highly specialised meltblowing machines normally takes over a year. Lead times are now being cut to a few months. Textiles lobby group Euratex has set up with the EU an online exchange where companies post offers and requests for services and materials. That shows 32 companies are in need of various mask materials, nine of which are specifically asking for air filter material.

REGIONAL IMBALANCES IN PRODUCTION EDANA, an association of mainly European non-woven fabric makers, says meltblown capacity in Europe is limited, while output in Asia is much larger. In China, the No. 1 producer, companies controlled by the central government are expected to reach production of over 70 tonnes of meltblown per day, or more than 25,000 tonnes per year, including new production lines of Sinopec and China National Petroleum Corp, state media Xinhua reported on March 30. That is up from a current daily supply of 42.5 tonnes. According to EDANA , production of overall non-wovens in Europe was 2.8 million tonnes in 2019 but meltblown was only a fraction of that.