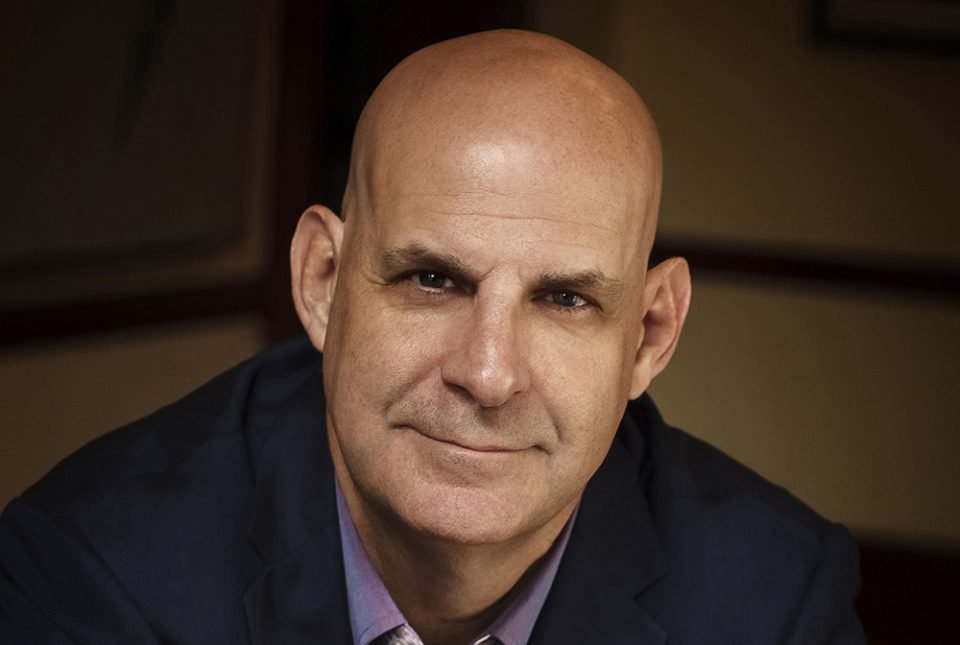 The bestselling thriller writer talks to Hannah Stephenson about moving into TV territory, the joy of working in teams and why he has to write.

Even if you’re not an avid reader, you will probably have encountered thriller-writer Harlan Coben’s work.

Jumping seamlessly from more than 30 bestselling novels to a string of top-notch original dramas – he’s the mastermind behind recent Netflix series The Stranger and Safe – he’s worth an estimated $25 million, with more than 70 million books in print and a lucrative contract with Netflix.

Coben, 58 – a genial, witty character with laughter never far from the conversation – transfers his own sharp humour into some of the characters in his twisty page-turners, including feisty lawyer Hester Crimstein who brings comic relief to many of his books, including the latest one, The Boy From The Woods.

But he never writes his novels with TV adaptations in mind.

“That’s the kiss of death. It’s one of the reasons I’m always willing to make big changes when I do the adaptations,” he says. “A book should be a book and a TV series should be a TV series. When you mix the two of those up and you think you have to be slavishly devoted to a text, those are usually the worst adaptations.”

Jumping from the world of print to TV, screenwriting and producing came at the right time, says Coben, who still lives in New Jersey, where he was born.

“Books will always be my true love, my day job, but I really enjoy the TV stuff. If you have a book and it’s a success, it’s like you’re a golfer or tennis player who’s won a big tournament. You celebrate on your own and it’s all about you.

“As I get older though, it’s been more fun being part of a team,” he reflects. “It’s like being in a soccer team when you’ve won the league championship. I may be captain but we celebrate as a team, and I really want my teammates to do well.

“It’s been fun to watch the success of other people. I’ve loved watching people’s reactions to Richard Armitage (star of The Stranger) and some of the younger actors who are now getting more recognition and more roles. And I also loved seeing the reaction to Jennifer Saunders playing in a drama.”

The Boy From The Woods, his 32nd novel, seems a natural for an adaptation. It centres on Wilde, a decorated former soldier who as a boy was found living alone in remote woodland in New Jersey, not knowing how he’d got there or where he’d come from.

Now in his 30s, Wilde has heightened survival skills and still prefers to live outdoors alone, but is close to Crimstein, who is still grieving over the death of her son, who was Wilde’s friend.

When a child goes missing, the pair join forces to track her down – a journey which involves kidnapping, trademark twists, turns and nail-biting suspense.

“I think this will be the first in a series,” Coben muses. “There are more stories for this guy to tell.”

He got the idea while hiking through woodland near his home when he spotted a child, aged about six or seven.

“All my books start with a, ‘What if?’ What if this kid had come out of the woods and had no idea how he got there, that any life before that was kind of feral, and he never knew who his parents were? Now skip ahead 30 years and we still don’t know any of that. Then another kid goes missing.”

Will Wilde and Crimstein ever appear on the screen?

“I have a five-year deal with Netflix – they’ve optioned control all of my stand-alones, including the ones I write now. The Boy From The Woods is with Netflix but we haven’t really started discussing it yet. But it’s in the same deal as The Stranger.”

While The Stranger and Safe were set in Britain, he has also completed two TV series in France, while another Netflix series The Woods has finished filming in Poland. And he remains largely in control.

“The timing was right. I’ve avoided becoming one of those authors who just let stuff get optioned but didn’t really get involved.

“In the case of The Stranger, I had total control. I was involved in outlining every episode, I rewrote every episode, I saw probably 300 audition tapes to pick the roles. I personally wrote to Jennifer Saunders and sent her the scripts, saying, ‘I know you don’t normally do drama, but boy will we have fun with this!'”

Coben is a sociable guy, so working with a TV team was an attractive prospect.

“The Boy From The Woods is my 32nd book – that’s a lot of time alone in a room. It’s nice to get out of the room. In the case of Safe and The Stranger, I met Nicola Shindler, one of your great producers in the UK – Happy Valley, Last Tango In Halifax, Queer As Folk – she’s produced all those shows.

“I love her work so much and we got along so great that we decided to form a partnership and made three shows. We also made The Five, which was on Sky.

“Also, TV has changed. This is a good era for TV. It used to be, ‘If you want to do a TV show, it’s got to be 22 episodes and you have to solve the whole crime in 47 minutes and next week it will be a new crime in a CSI type of show’. That really didn’t fit what I was doing.

“I can make a show eight episodes, The Woods (his next project) is six episodes. I have the flexibility to tell the story that I want to tell.”

He says he’s not away on location as much as you might think, because technology allows him to work from home. But he admits he’s easily bored and there’s an air of restlessness about him. His four children, aged between 18 and 25, have flown the nest.

“We are empty-nesters,” he laments. “It’s a big adjustment time here at Casa Coben, as we adjust to not having the kids around. It feels weird. Two of them are nearby in New York and I try to do fun things when they want to see me. But I don’t handle it well. I miss them.”

His wife, Anne Armstrong-Coben, a paediatrician and dean of admissions for Columbia University’s Medical School, is just as busy as her husband. They’ve been married for more than 30 years.

“I found somebody really great and just hung on for dear life,” Coben says wryly. “She tries to shake me but I hold on tight. She’s usually my first reader. She’s my softest critic, which is why she’s my first reader.”

They may have more spare time without the children, but he finds it difficult to switch off.

“If I go on vacation, I usually get up in the morning and write, because if I’m not writing my life is sometimes out of balance.

“You have to have good health, you have to have good relationships, the marriage, the kids, the friends. If all those things are going well but I’m not writing at all, I’m unhappy and out of balance. It’s like a person who likes exercise a lot who stops exercising.”

Does it become more difficult to think of new storylines, having 32 novels under his belt?

The Boy From The Woods by Harlan Coben is published by Century, priced £20 hardback, £9.99 eBook. Available now.

Dutch study suggests 3% of population may have coronavirus antibodies