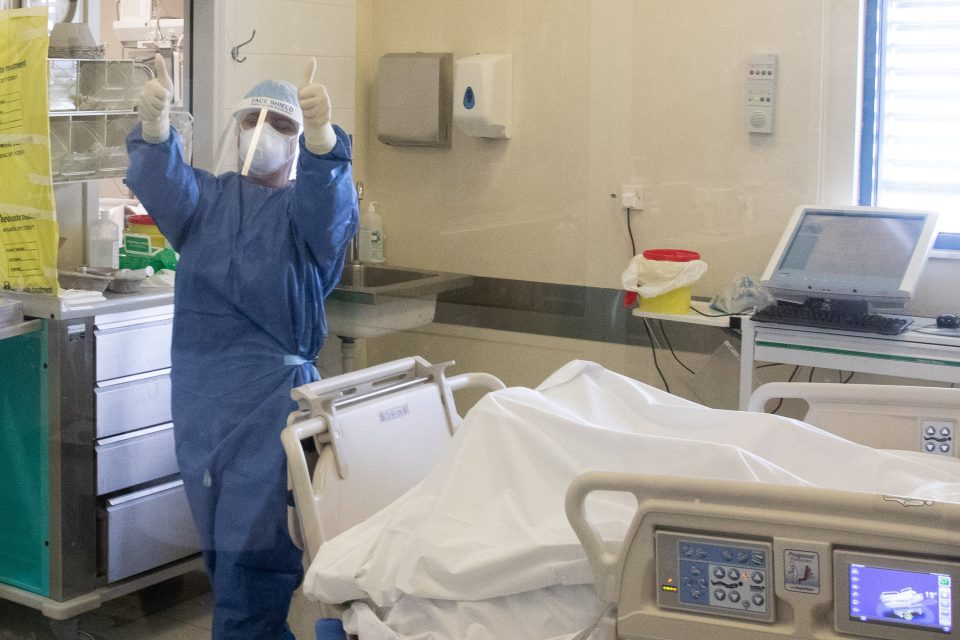 Our elderly are relatively mildly ill so far

There is an opportunity in adversity in every country or business. It may seem premature to stress opportunity in the midst of a humanitarian crisis, but leaders have an obligation to look ahead beyond the immediate urgent actions to contain a health crisis, to anticipate the challenges facing society and the economy and to seek consensus on strategies to meet them.

We should not expect the resolution of the coronavirus pandemic to herald a return to a 2019 reality. In fact, no one knows how long the health crisis will last, how long the lockdown will be in place and what will be the final cost to the economy. The Cyprus government acted early and with resolve, and for this it must be commended. Cyprus’ economy though relies far too much on external demand for its economic growth, and all sectors which have provided the support since the financial crisis of 2013 have been badly damaged; the worst hit are tourism, hospitality and construction. The impact on real estate and the banking sector are hard to assess but there will be some damage to these sectors.

The government’s immediate action to support employees and offering government guarantees to banks in support of lending activity for SMEs are very much what other EU countries and the US have done. Also, the government’s speed in raising funds in the form of medium and long-term bond issuance is very prudent. However, it is wrong of some experts, professional groups and politicians to over promise government support before the government has a better picture of the short and medium term needs of the economy. There are far too many known unknowns for this to be undertaken with a good chance of success.

There are those who will argue that the sectors which have suffered from the unexpected and sudden collapse of their business must be supported with short term relief via government guaranteed loans. However, the government has a far wider responsibility to society, and it is an opportunity to refocus its economic planning in the light of the damage to the Cyprus economy.

The coronavirus crisis and its economic consequences has blown two assumptions of economic planners and business off course; these are the reliance on the global supply chain and that external demand can be predicted. The latter has serious implications for Cyprus, and in its planning the government must look to refocus and restructure the economic model. It must in future rely more on domestic demand and invest in infrastructure to improve “preparedness” in healthcare and generate employment in new sectors.

The two key areas where the EU has said a lot of the funding support will be directed are in healthcare and the digital economy. There is no room for complacency since this crisis has made all realise how poor the public healthcare system has been allowed to become. Now is a good opportunity for government to invest in modern and well-equipped hospitals and social care.

It is also time Cyprus the looks to how it can implement a digital economy strategy to improve productivity and competitiveness. Both the healthcare and the digital economy can attract investment and generate jobs for highly skilled professionals. These sectors take time to plan but can be complementary to the other actions government takes which can produce more immediate results.

One of the major beneficiaries of government incentives after the 2013 crisis was the real estate sector. A lot of investment and activity in the past has supported the economy but may not be the answer for the long-term benefits of the economy. The sector will have to adjust to the new world post-coronavirus and some of the grandiose plans to build large marinas/towers and sell to foreigners in return for passports may be a short-term remedy. Instead, more affordable housing for local buyers should provide support to construction. The government can provide opportunities for such housing using land it owns or buy land which is in the hands of banks following the debt for asset swaps.

With regards to the banking sector the government can provide some support so long as the support it provides is approved by the EU and the European Central bank (ECB). The banks’ non-performing loans (NPLs) may increase as a result of unemployment and businesses facing financial difficulties and rating agencies already have highlighted this. The banks have a very critical role to play in the recovery of the economy and there is merit in support from government. The government has been encouraged to do so, not least by the president of the ECB, as this is what the EU expects member states to use for business support.

A further support from government to the banking system would need to address the high level of NPLs. A worthwhile proposal would be for all the household debt of “distressed borrowers”, who have applied for Estia support or bank restructuring should be, as part of social policy, bought by the government (price would reflect the original loan amount minus provisions so as not to have loss implications to banks) via the Cyprus Land Development Corporation (CLDC). The proposal would entail the issuance of a 30-year zero coupon bond by the CLDC with a government guarantee. The bonds will then be swapped for NPLs with the banks, at agreed terms, with oversight from the auditor-general’s office.

The banks will have a two-fold benefit: they will not have to worry about capital adequacy and for further provisions as well as could hold a government guaranteed bond which could be eligible for liquidity transactions with the central bank. A zero coupon bond has no impact on debt service but does affect the stock of debt and, given that is would be 30 years maturity, this could be managed with the creation of a sinking fund.

A sector which deserves mention is solar power. Cyprus has excellent solar irradiation and the price of solar energy investment has fallen to very low levels. Investment promotion by government should be undertaken as a Public Private Partnership since the speed of project identification and completion requires the private sector. The funding would be secured from the European Investment Bank in the form of long-term loans whilst equity could be provided by public/private pension funds and insurance companies which have very low returns from government bonds. Cyprus can become a greener economy and more reliant on solar power.

In short, the government should work on the immediate needs of employees and business but it has a unique opportunity to refocus the economy on services such as healthcare and the digital economy; the solar energy sector offers a wonderful opportunity for the public and private sector to work collaboratively; all the above will depend on domestic demand. The government must show resolve in its decisions to make the changes required and society will welcome such resolve.

There cannot be business as usual and it is better to under promise and over deliver in the new normal. The president has shown resolve and he is uniquely placed to bring the resolve and refocus needed as he seeks consensus.

Coronavirus: Fresh data on spread of virus in Cyprus