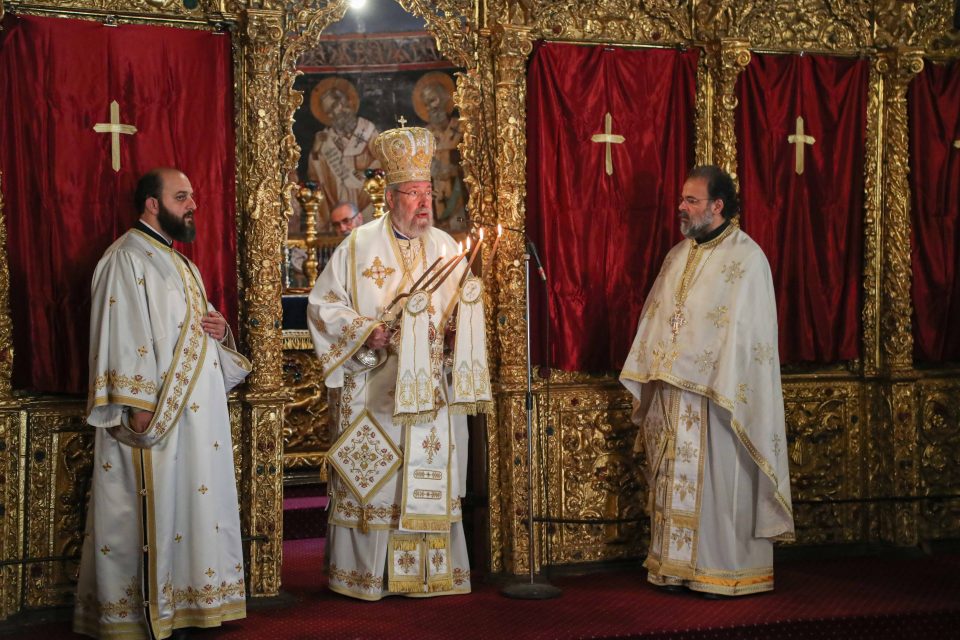 The inability to attend church should make people’s faith stronger and prayers more intense so that the coronavirus will soon pass and congregations can come together again, Archbishop Chrysostomos said in his Easter message on Sunday.

Celebrating Easter this year in a state of emergency away from churches and direct participation in the sacred sacraments Chrysostomos said “we are called to draw strength from the resurrection of the lord.”
“The deprivation of our presence in the church should make our faith stronger and our prayers for all of our brothers and sisters stronger so that sickness passes,” he added.

He made special mention of those still abroad such as students and expats, then the sick, refugees, the relatives of the fallen and the missing.

He also expressed “deep feelings of appreciation and gratitude to the doctors and nurses but also to all those who work above and beyond to deal with “the terrible pandemic.”

Entering more familiar territory, the Archbishop added: “We should not for a moment be distracted from our national cause, the occupation of half of our homeland and the growing danger of occupation and turkification of the whole of Cyprus.”

He went on to say Cyprus needed to proceed urgently to defend the island with a small but efficient army “with a fighting spirit”, not to compete with the Turkish army as it would be impossible, but to act as a deterrent to Turkish aggression.

Such an army would be equipped with modern weapons systems and would consolidate the people’s sense of security, he said.

“This would strengthen the capacity of our state and its ability to form defence alliances with other states, with common interests,” he added.