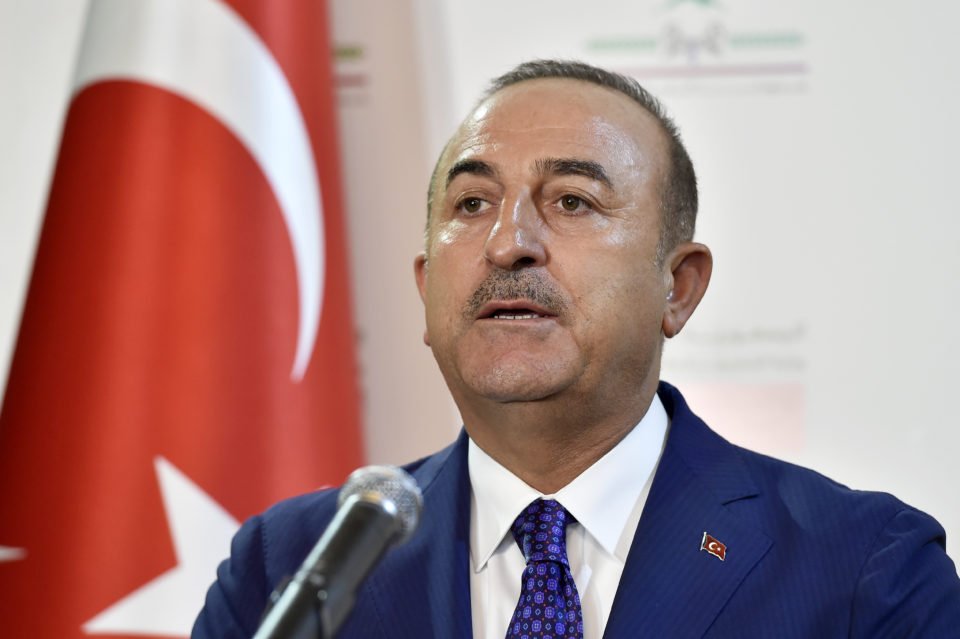 Last week Melvut Cavusoglu said that Turkey would continue drilling even though most oil companies licensed to drill by the Republic of Cyprus (RoC) have suspended their operations.

Turkey’s policy is not parasitic on Turkish Cypriot political claims for an equitable share of Cyprus’ hydrocarbon wealth but a freestanding policy, which is difficult to comprehend in these testing times the world is going through.

So, it is necessary to go back to basics regarding the law of the sea to see where we are now that the prospects of hydrocarbon wealth have receded, bearing always in mind that equitable sharing with the Turkish Cypriots was, all hands agreed, the best policy.

The way international law works in this field is that it enables states to exercise sovereign power over the sea beyond their shoreline in accordance with known rules practiced by states big and small alike save on the high seas, which is God’s bounty to mankind.

Historically, sovereignty extends beyond a state’s territory adjacent to its coast. In1983 the US indicated that it would respect claims of up to 12 miles and this limit is now well established in international law.

Next, the rights to the rich natural resources, including oil and gas reserves found offshore within the continental margin, are governed by a principle confirmed by the International Court of Justice in the North Sea Continental Shelf Cases 1968 as follows: “The rights of the coastal state in respect of the area of continental shelf that constitutes a natural prolongation of its land territory into and under the sea exist by virtue of its sovereignty over the land as an extension of it, in the exercise of sovereign rights for the purpose of exploring the sea bed and exploring its natural resources.”

Subject to the geological contours of the seabed, there should be no problem in delineating the boundary of Turkey’s continental shelf, and if there is an overlap with that of Cyprus, mechanisms and principles exist for equitable sharing once normal relations are reestablished.

Finally, we have exclusive economic zones (EEZs) that were championed by African and South American states to ensure they kept control of their resources that were under threat from the big maritime nations of the world like the US, Britain, France Russia and others.

This was done by the UN Law of the Sea Convention 1982 under which the principle behind EEZs received wide acceptance and now forms part of customary international as well as treaty law binding on all states – parties to the 1982 convention or not.

Unlike the continental shelf, the right to an EEZ of up to 200 miles has to be claimed and, where zones overlap between opposite coastal states, agreement reached between them. In 2004 RoC agreed her EEZ south of Cyprus with Israel and Egypt.

According to the Turkish position, however, the sovereignty of Cyprus was supposed to be shared between Greek and Turkish Cypriots and that unless there were a solution to the Cyprus problem, Cyprus should not be exploiting her EEZ.

But that is not a legal argument. Whether and how to exploit her EEZ, given the Turkish Cypriots are not participating in the government of Cyprus, is a political not a legal question for RoC.

The RoC government inherited sovereignty over rights to the sea and seabed appurtenant to Cyprus from Britain in 1960. And since it is the recognised government internationally the fact that there is no Turkish Cypriot participation among its ranks does not affect its ability to make treaties and reach agreements internationally.

The Turkish side lost that argument a long time ago, but in light of the present state of the world economy and the fact that drilling operations by oil companies licensed by RoC have now been suspended you would think the problem would be suspended too.

However according to Cavusologlu Turkey will continue drilling. Drilling where and for what purpose?

I suspect that the new Turkish policy is cosmetic – to show persistent objection. The law, however, is that persistent or not, Turkey cannot trump Cyprus’ EEZ agreements with other states in accordance with international customary and treaty law.

Besides, Turkey’s new policy is much ado about nothing! Exxon Mobil and others have not suspended their operations for nothing. They did so, owing to a sharp drop in energy prices globally and because you can’t operate rigs on lockdown.

The position of Cyprus is that as a sovereign coastal state she has the right to exploit her natural resources and agree boundaries with other coastal states in accordance with internationally accepted procedures.

Sure the Turkish Cypriots are entitled to an equitable share of the wealth of Cyprus, but if what Turkey really wants is to tilt the exploitation of Cyprus’ hydrocarbon wealth toward enhancing Turkey’s ambition to become an energy hub in the world that will emerge after the pandemic, I suggest they try and be nice to Cyprus in these difficult times.

Turkey has been nice to other countries including Spain, Italy and Israel about the supply of medical supplies so why not be nice to Cyprus too?