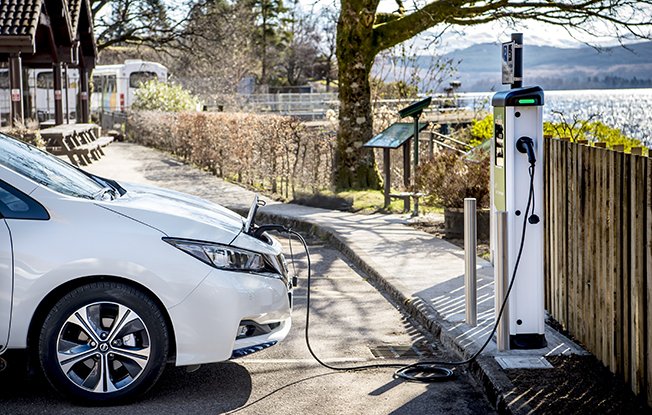 Government-enforced lockdowns around the world due to Covid-19 are without doubt making life difficult for many, but they are also having a dramatic, positive impact on people’s awareness of the benefits to the environment, according to a report by Venson Automotive Solutions on a survey carried out in the United Kingdom.

45% of people surveyed by Venson confirmed that the radical improvement in air pollution across the globe as a result of the demobilisation of transport, has made them reconsider their electric vehicle (EV) ownership plans. A further 17% said it reaffirmed the decision they had already made to make the switch to an EV.

Of the 45% of motorists who are now reassessing their EV options, 19% said their next company car or private purchase would be an EV, with the remaining 26% confirming they intend to become an EV driver in the next 5 years. In an EV attitudes survey conducted by Venson in July 2019, 41% of people said they were considering moving to an EV, but 31% said that wouldn’t for another 10-15 years, confirming that the intention by many to play their part in protecting the environment has since accelerated.

Alison Bell, Marketing Director at Venson Automotive Solutions commented: “Reducing emissions has been a hot topic and a clear government, business and personal target for several years now, but still the growth of electric vehicle (EV) ownership has been slow. This is despite evidence that transport is responsible for 23% of global emissions, and driving petrol and diesel fuelled vehicles contributes 72% of the transport sector’s greenhouse gas emissions.”

The latest survey from Venson also reveals that the public would like to see more done by the government – and businesses – to expedite the take up of EVs once the UK has recovered from the Covid-19 crisis.

This includes further investment in the charging infrastructure (62%), the introduction of more Clean Air Zones in major cities (38%) and new legislation that supports businesses to move to fully electric company car or commercial vehicle fleets in the next 5 years (38%).

Bell concluded: “In recent years we have seen the cost of electric vehicles fall, battery efficiency increase, and the network of both public and private charging points grow significantly. All of these steps have boosted consumer confidence in an EV future, however whilst ownership is increasing, we still have a long way to go.

“Having said that, fleet managers looking to introduce fully-electric fleets could find employees more open to the idea now they have seen the global benefits it could bring to the environment.”

There is evidence that times of difficulty and adjustment can lead to a lasting change in people’s habits. A study carried out in 2018 at Zurich University of Applied Sciences in Switzerland found that when people were unable to drive and given free e-bike access instead, they drove much less when they eventually got their car back.

Going further back, a study in 2001 at Kyoto University in Japan found that when a motorway closed, forcing motorists to use public transport, the same thing happened: when the road reopened, people who had formerly been committed drivers travelled by public transport more frequently.

It’s also worth noting that there is clear evidence that exposure to air pollution could make Covid-19 worse and that people living in areas with high air pollution are much more likely to die from the coronavirus. Northern Italy, for example, was one of Europe’s most polluted areas and the death rate reported in March in the Lombardy and Emilia-Romagna regions was about 12% – compared with 4.5% in the rest of Italy.

While lockdowns have caused air pollution to fall dramatically, a comprehensive global review published in 2019 found that, over long periods, air pollution may be damaging every organ and virtually every cell in the human body.

So, when things return to normal it’s quite likely that many people will re-evaluate their transport solutions – and that sales of electric, plug-in and hybrid vehicles will take off.

Savvy governments will be putting the necessary infrastructure in place now, so as to take advantage of the situation when the lockdown is eased.

‘One World’ coronavirus special kicked off with six-hour livestream