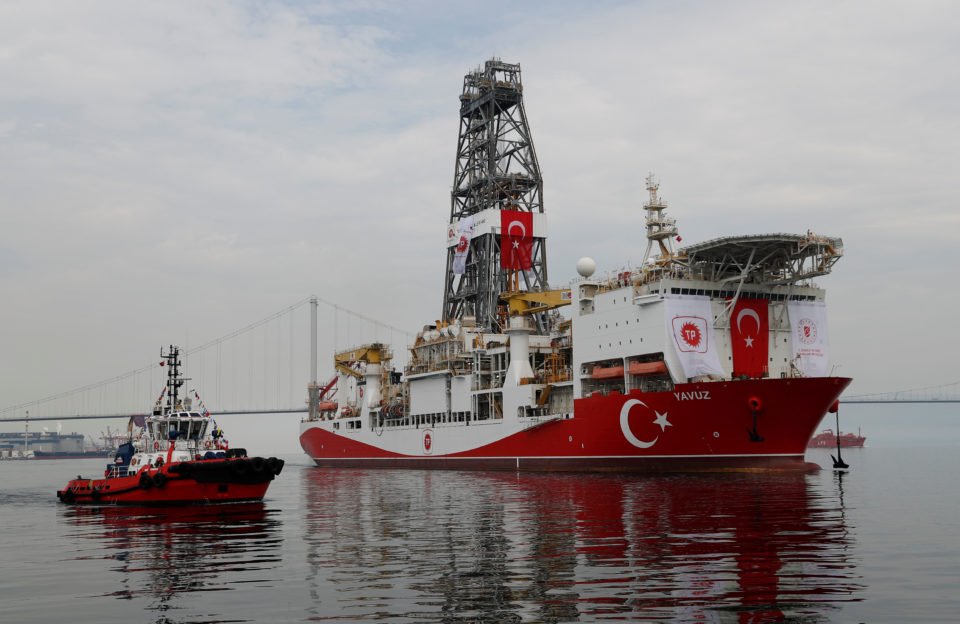 A Turkish drillship was making its way towards the Cyprus EEZ is a violation of the sovereign rights of the Republic, the presidency said on Monday.

Turkey has issued a Navtex covering the area of block 6 and 7 of the island’s EEZ from Monday April 20 until July 18.

Quoting a military source, the CNA said the Yavuz set off at 11.30 on Sunday night from the port of Taşucu and is expected to arrive in its destination later on Monday afternoon.

The area to which the Turkish vessel is headed has been licenced to Eni and Total.

“The exploration and exploitation of hydrocarbons within these plots are the exclusive sovereign rights of the Republic of Cyprus under the United Nations Convention on the Law of the Sea,” the announcement said.The presidency said the planned Turkish drilling, the sixth in under a year, “reveals the real intentions of Ankara, which continues to implement its illegal expansion plans, amid the unprecedented pandemic that plagues humanity”.“This is another ‘pirate’ act that is a blatant violation of the sovereign rights and jurisdiction of the Republic of Cyprus, in violation of international law,” the presidency announcement said.

Spokesman for the Turkish ministry of defence Nadide Şebnem Aktop said on Monday that “Turkish armed forces would continue to protect the rights and interests of Turkey and the ‘TRNC’ in the Eastern Mediterranean ensuring peace and security within the framework of international guarantees in Cyprus”.She added that air security support is offered to the Barbarous, Oruç Reis, Fatih and Yavuz that “continue their activities in the eastern Mediterranean in the framework of our legal rights as outline by international justice”.

The Cyprus government has issued an anti-navtex.

The High Representative of the EU Josep Borrell and his team are in contact with Cypriot and Greek authorities concerning the announced movements of the Yavuz and are following the situation, Commission spokesman Peter Stano told CAN.

“There have been contacts between the High Representative and his team, and also partners from other countries of the EU on this issue. This is something that is being discussed,” Stano said.

Part of block 7 lies in what Ankara claims is its own EEZ.

He said Turkey had told the EU, the UN and even Greece that the Greek Cypriots should not have carried out any unilateral activities when it comes to drilling or exploitation in the Eastern Mediterranean before reaching an agreement on a fair distribution of revenue with the Turkish Cypriots. Ankara’s position was however ignored, he said.

“For reasonable stability, the main goal should be for the two sides to come together on the island for a fair distribution of revenue, and the proposal of the Turkish Cypriot authorities represents the only logical and realistic basis for a solution,” he said, referring to the Turkish Cypriot side’s proposal to jointly manage hydrocarbons planning simultaneously with negotiations on the Cyprus issue.

“We call on all natural and legal persons involved in illegal Turkish drilling to terminate any cooperation or assistance in illegal activities within the maritime zones of Cyprus. The Republic of Cyprus will continue to defend its interests and rights by all legal means, on the basis of international and European law,” the presidency said.

IKEA aims to start reopening stores in Europe in May

Cyprus among countries with lowest birth rates in Europe