Twelve people tested positive for Covid-19 on Tuesday, health ministry officials announced, bringing the total number of cases in the Republic to 784.

Virologist Leontios Kostrikis said a total of 1,325 tests were processed on Tuesday.

He said one case was found from among the ongoing testing of 20,000 public and private sector workers and 11 were from contact tracing of previously confirmed cases.

“Today’s confirmed cases, as well as the numbers recorded in recent days, are in line with the estimates of the scientific team, showing we are on a very good course,” he said.

Sixty-five tests processed by state hospital laboratories all came back negative, as did all the tests conducted on individuals tested of their own initiative, and one test carried out on a repatriated individual.

A total of 893 tests were processed from the 20,000 public and private sector workers on Tuesday, 202 tests through contact tracing, and 163 private laboratory tests.

Commenting further on the situation in Cyprus, Kostrikis added there are still “pockets of infection” in the community, which need to be found and isolated.

“Until then, we must remain vigilant and not make the mistake of believing that the battle is over,” he said.

Seven of the individuals at Nicosia General are on a ventilator, while two were not on ventilators, but still in intensive care. 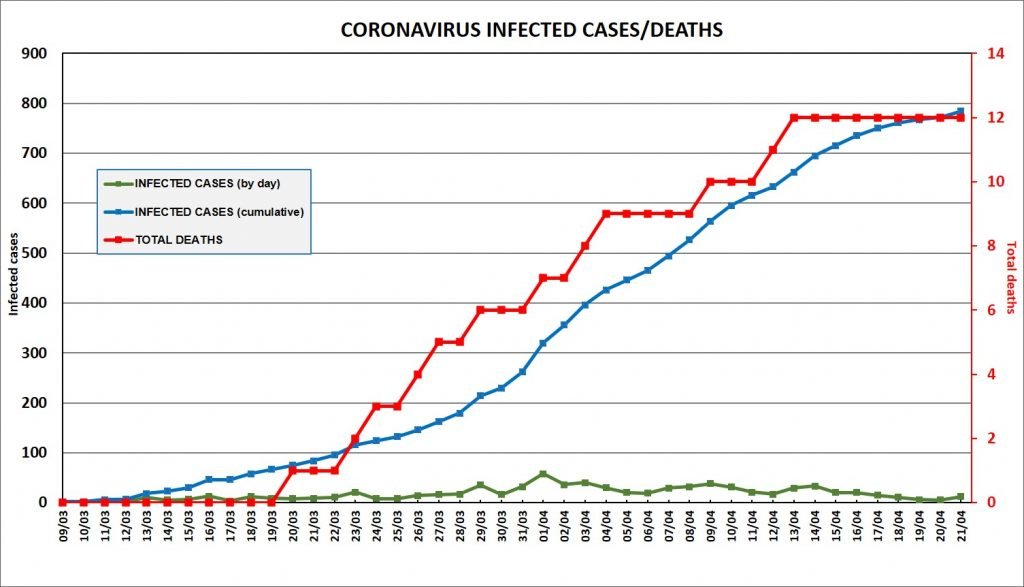 At the Limassol hospital all three were on ventilators.

“The clinical status of all of the patients in intensive care is as of now critical but stable,” he said.

Another 16 cases are at the reference hospital, Famagusta General, four of whom are in advanced care. Eight more cases are in other hospitals of the island, Loizou said.

Meanwhile, one individual was discharged on Tuesday.

He added the numbers continue to be positive, and there is a decrease in the number of cases and the amount of people admitted to hospitals.

“We have had some small victories,” he said, adding they can look to outline their goals and talk about gradually lifting measures, when the time comes.

Out of a total of 126 admissions to Famagusta General, 98 patients have recovered and been discharged, health officials said earlier.

Meanwhile, testing across the island continues, health ministry spokesperson Margarita Kyriakou said, adding these are carried out in all districts.

So far, 9,720 samples have been taken. Those who are working and wish to be tested should contact a laboratory offering the test.

She further said that all those working in the food retail industry, such as bakeries, grocery stores, kiosks, fish and meat markets and delivery services are obliged to undertake the test.

The same applies to those working in nursing homes.

No new cases were recorded in the north, after 317 tests were conducted, ‘health minister’ Ali Pilli said, with the total number of cases remaining at 108.