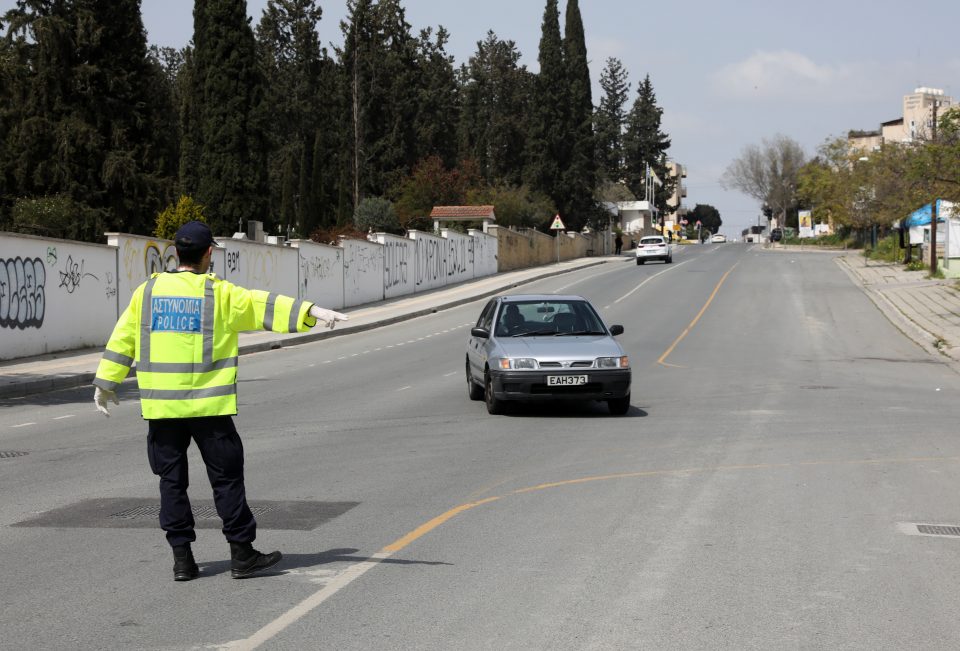 Justice Minister Giorgos Savvides, who visited road inspection posts of the police on Easter Monday, said people had behaved well over the weekend, citing a relatively small number of bookings as proof.

“We did well,” Savvides said on the CyBC radio’s morning news show on Tuesday.

He said there had been concerns that people would have ignored the decrees as they were not accustomed to staying home over Easter, a time that was always spent with friends and family.

Having stayed at home for such a long period time, the authorities feared there may have been a reaction at the weekend with large numbers of people venturing out, Savvides said.

This did not happen, to the relief of the authorities.

There had been 35,724 inspections over the weekend, the minister said, and the number of people booked was just over 500, noting there were some people swimming in Limassol and one person using a jet ski.

Savvides also expressed disapproval over the actions of the Aradippou mayor, Evangelos Evangelides, who had gone to church on Saturday morning to receive holy communion.

On Monday, Evangelides posted an apology on his Facebook profile, claiming he had no intention of disrespecting the decree currently in place or any member of the public who would have wanted to be in church on the Saturday morning as well.

“For all those who felt this way, I sincerely apologise,” he said.

Savvides however, suggested the €300 fine would not be the end of it – the mayor may have to appear in court.

“I don’t think that a fine of €300 will be enough in this case. There is a possibility there will be further developments regarding the mayor’s action on Saturday.”

“The reason why I think the €300 fine is not enough in this case is because it was imposed on the first citizen of Aradippou, a person who should set the example for the citizens of his municipality, which is also one of the most affected by the pandemic,” Savvides said.

The Justice Minister said the maximum penalty for breaking the law involves a €3,000 fine or even prison time, but that is for the police to decide.

He also said the priest who lead the service might be subject to an investigation for allowing Evangelides to attend it.

Contrite mayor could be charged for going to church