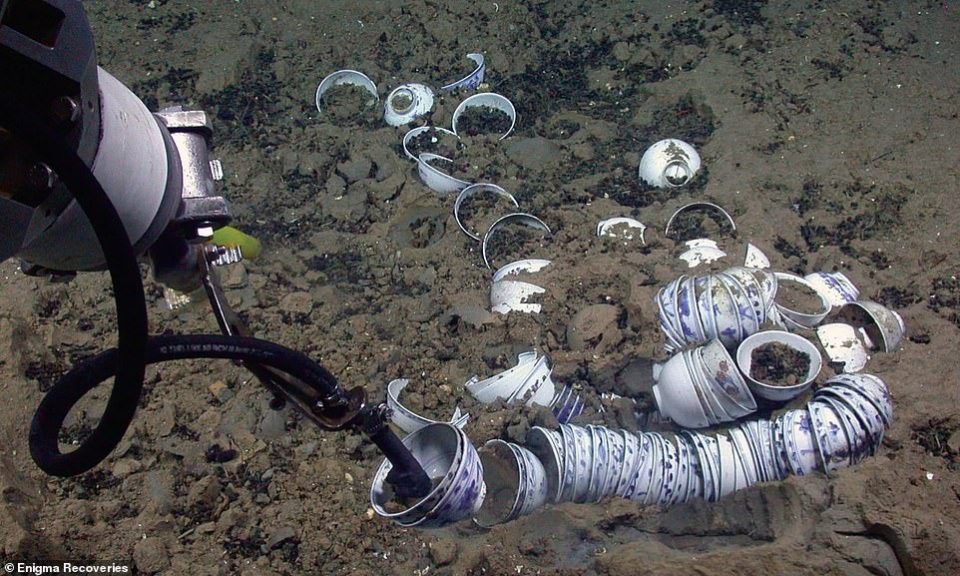 A string of ancient shipwrecks have been found nestled in the muddy waters between Cyprus and Lebanon, in what experts described as the archaeological “equivalent of finding a new planet.”

Some of the artefacts which have been recovered are temporarily being looked after in Cyprus, from where the archaeologists based their operations.

It was initially thought that the site may lie within Cypriot waters but this has since been disproven.

Onboard the submerged ships were a trove of treasures.

The goods ranged from porcelains of the Chinese Ming dynasty to coffee pots and what were likely to be illegal tobacco pipes.

A British-led team discovered the “ground-breaking” graveyard of twelve ships which spanned the Roman, Hellenistic, early Islamic and Ottoman periods: from the third century BC up until the nineteenth century.

“This is truly ground-breaking, one the most incredible discoveries under the Mediterranean,” said Sean Kingsley of the Enigma Shipwrecks Project (ESP).

Experts say the wrecks in the muddy depths open a new chapter in the book of globalisation and our understanding of how the process unfolded.

One of the ships, described as an “absolute colossus”, is a seventeenth century Ottoman trading vessel which boasted hundreds of artefacts from 14 different cultures.

It had goods from China, India and Italy which the ESP points to as evidence of a previously unknown trade route running through Mediterranean.

“The goods and belongings of the 14 cultures and civilisations discovered, spanning on one side of the globe China, India, the Persian Gulf and Red Sea, and to the west North Africa, Italy, Spain, Portugal and Belgium, are remarkably cosmopolitan for pre-modern shipping of any era,” Kingsley told British newspaper the Observer.

“At 43 metres long and with a 1,000-ton burden, it is one of the most spectacular examples of maritime technology and trade in any ocean. Its size is matched by the breadth of its cargoes.”

The ship, which sunk around 1630, was transporting 360 illustrated cups, dishes and a bottle which were made during the rule of Chongzhen, the last Ming emperor.

Ottoman clay tobacco pipes were also found in the hold of the wooden behemoth which experts say are the oldest ever found at land or sea.

Archaeologists have linked the tobacco pipes with the porcelain cups as part of the coffee culture craze which had taken hold of the Ottoman empire.

“Through tobacco smoking and coffee drinking in Ottoman cafes, the idea of recreation and polite society hallmarks of modern culture came to life,” Kingsley added.

The ships were found at a depth of 2,200 metres in the Levantine Basin. The fieldwork ended in 2015 but post-excavation continued for years.

Georgia, other U.S. states press ahead with early coronavirus reopening