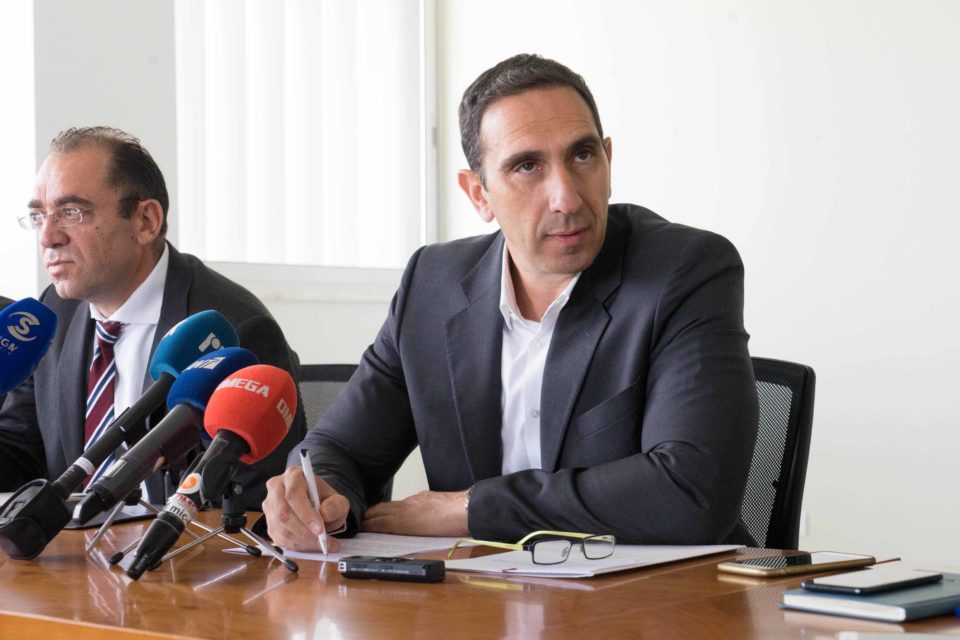 The government will be assessing coronavirus measure relaxations every two weeks, Health Minister Constantinos Ioannou said on Wednesday, warning that the virus will now be part of everyone’s lives.

The minister said that last week the virus transmission index, or R0, was at 1.1 to 1 in Cyprus, meaning that one person transmits the virus to 1.1 persons, which was very encouraging but that the government must remain vigilant.

Cabinet is expected next week to announce relaxation of measures based on advice by the health ministry’s epidemiology experts.

Ioannou said on Wednesday that the de-escalation of measures will be gradual.

“Each relaxed measure will be assessed every two weeks and we will be taking the next steps accordingly,” Ioannou said in a tweet.

The minister said earlier in the day that coronavirus is here for good and that people will just have to learn to live with it.

He added that according to data presented to him up to last Thursday, the R0 in Cyprus was at 1.1 to 1. At the beginning of the pandemic, he said, globally, one person was infecting three to four others.

“Experts in Cyprus and abroad say that this index must be one to one or even under that,” Ioannou told state broadcaster CyBC.

He added that it is, however, impossible to have zero cases. “We need to learn how to live with the virus,” he said.

R0, indicates how contagious an infectious disease is. If it is less than 1, each existing infection causes less than one new infection which means that the disease will decline and eventually die out.

Ioannou said that updated data will give a more accurate picture especially following the Easter holidays.

As long as the government relaxes measures, there will be a rise in cases, he said, adding that monitoring must continue so that measures can be tightened if necessary.

The minister attended a meeting at the Presidential Palace on Wednesday where the advisory committee on coronavirus presented President Nicos Anastasiades with the latest data and suggestions as regards relaxation of measures.

Deputy government spokesman Panayiotis Sentonas said after the meeting that the members of the scientific team referred to economic sectors that could be reactivated initially as well as relaxation of restrictive measures as regards movement, provided that epidemiological data and indicators allowed it.

“The members of the scientific team expressed their satisfaction with the results of the measures taken so far, noting the steady downward trend in cases,” Sentonas said after the meeting.

Experts reiterated that there should be no complacency in any way, Sentonas said, to avoid wrecking what has been achieved so far “with many sacrifices and patience.”

Reports said that this would concern lifting the all-night curfew and allowing more than just one movement outside the house within a day.

In the meantime, the health ministry on Wednesday clarified that food and beverage businesses are obliged to arrange coronavirus tests for their employees by April 28 after complaints that some employers tried to avoid this responsibility.

Peo trade union had said that some employers refused to arrange for such tests while some others found as an excuse that the 20,000 tests offered by the government to workers who come in contact with people have been completed.

The ministry said that 6,000 tests of the 20,000 had been reserved for people working in the food and beverage industry but they have already been booked. In any case, the scheme was for workers and not businesses the ministry said urging employers to make arrangements with private labs.

The ministry said that private labs offering those tests say they have adequate test kits also recalling that the cost – up to €110 per test excluding VAT – is borne by employers and not staff.

One in eight relationships on the rocks due to lockdown

Eathquakes felt in Larnaca and Paphos