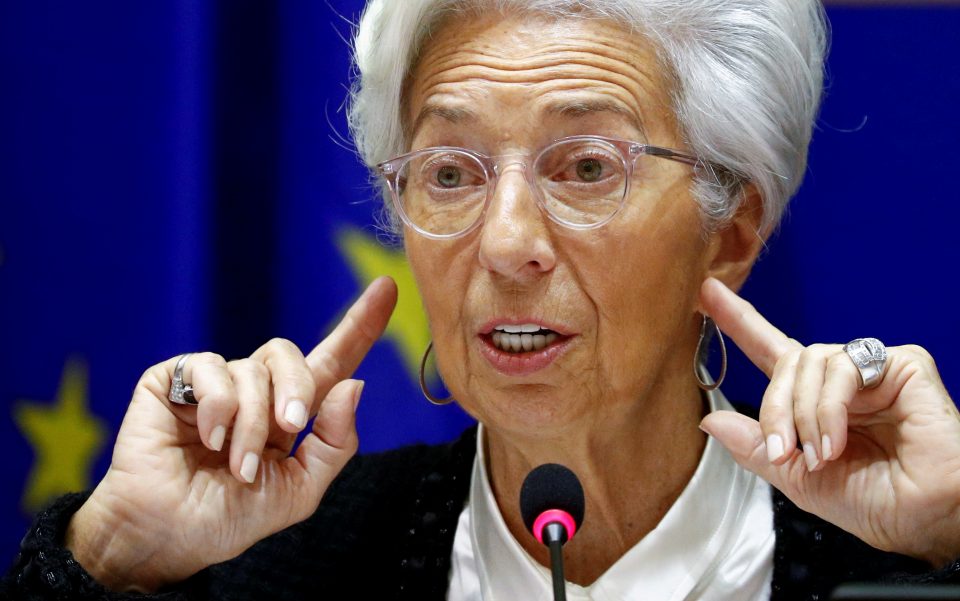 European Central Bank President Christine Lagarde drew the line on how far the ECB could go in helping virus-stricken euro zone countries on Wednesday, saying lending to governments directly would be illegal and handing out cash to citizens difficult.

The ECB is on course to buy 1.1 trillion euros ($1.19 trillion) worth of mainly sovereign bonds this year to keep credit cheap for governments, households and companies struggling with the pandemic. It has pledged to do even more if needed.

With the Bank of England already lending to its own government, investors have been speculating about which other central banks would follow suit as the world grapples with the worst recession in almost a century.

But Lagarde drew the line at buying debt directly from euro zone governments and poured cold water on the notion of “helicopter money” drops for households.

“The Treaties have been understood to mean that primary market purchase of government debt, i.e. the direct financing of governments, would undermine the capability of this objective to encourage such disciplined budgetary policy,” she said in a letter to a member of the EU Parliament published on Wednesday.

This suggested the ECB would continue hoovering up bonds only on the secondary market even if it comes close to owning a third of the debt of countries such as Germany and Portugal.

Writing to another member of parliament, Lagarde added that the provision of helicopter money has never been discussed by the ECB policymakers and proposals floated so far in the public debate lacked concretness.

“In many cases, these proposals do not fully address the associated operational, accounting and legal complexities nor provide a comprehensive cost-benefit analysis of the full economic and monetary impact,” Lagarde said.

Meanwhile according to EU officials there is still a “big divide” between member states on the picksrecovery aid.

National EU leaders are meeting via videoconference on Thursday to lock horns over how to kickstart growth after the coronavirus pandemic.

They are expected to give tentative agreement to use the bloc’s next long-term budget to create a Recovery Fund but there is plenty of contentious detail still outstanding, meaning no final agreement is expected.

“For some member states it is important to have grants or subsidies, while for others it can only be loans. There is a big divide and we need to find the right balance,” said the official under condition of anonymity.

The official said member states were still in disagreement on a proposal by the European Commission, which would see the Brussels-based EU executive raise debt against the bloc’s joint budget to help restart growth on the continent.

“The question is what tools we use for solidarity – eurobonds or something else,” said the official, involved in preparing the leaders’ summit, adding that more detail – but still not final decision – could only come in June or July.

As temperatures rise, snakes are waking up, expert says