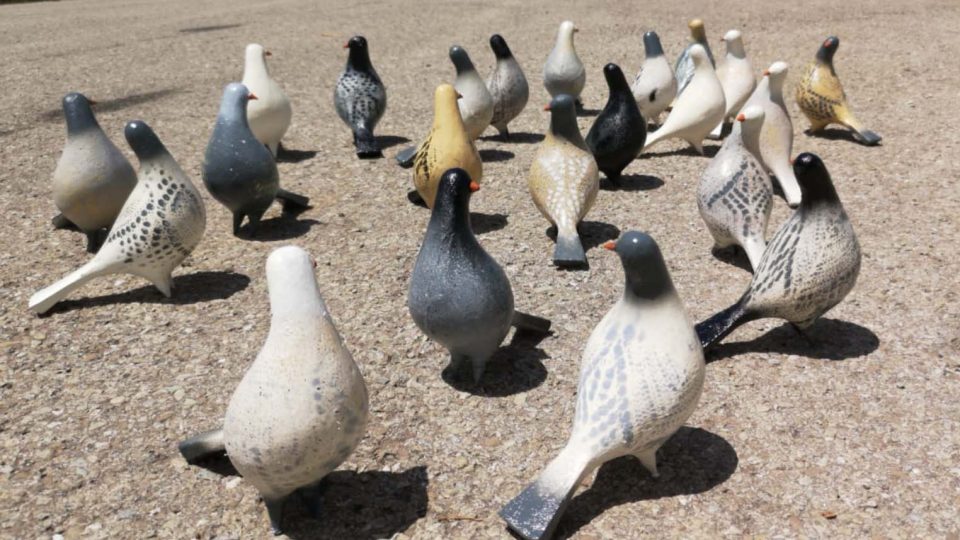 Yiota Ioannidou, a well-known artist with a number of popular sculptures already on display around Paphos, has created a series of birds – mostly pigeons and doves, symbolising hope, peace and freedom in difficult times – and placed them in her garden.

Like many creative artists, Ioannidou found herself ‘blocked’ and unable to work in the early days of the coronavirus crisis, too shocked by the constant parade of sickness and death she saw on TV to focus on art.

“After two weeks,” she says firmly, “I turned off the TV, and I haven’t switched it on since.”

Instead she found solace in her studio and began to work, inspired in particular by the profusion of beautiful birds that visited her garden.

“I didn’t have any materials,” she recalls, “as all the shops are closed, and so, for the first time, I decided to make them using papier-mache. I used a lot of newspaper – and, while everyone else was making flaounes (the traditional Easter cheese pies), I was making birds.”

Papier-mache is time-consuming, but finding free time isn’t a problem during lockdown. Ioannidou created 22 individual birds using this medium, and painted them. She then decided to make a further 22, but this time in clay. 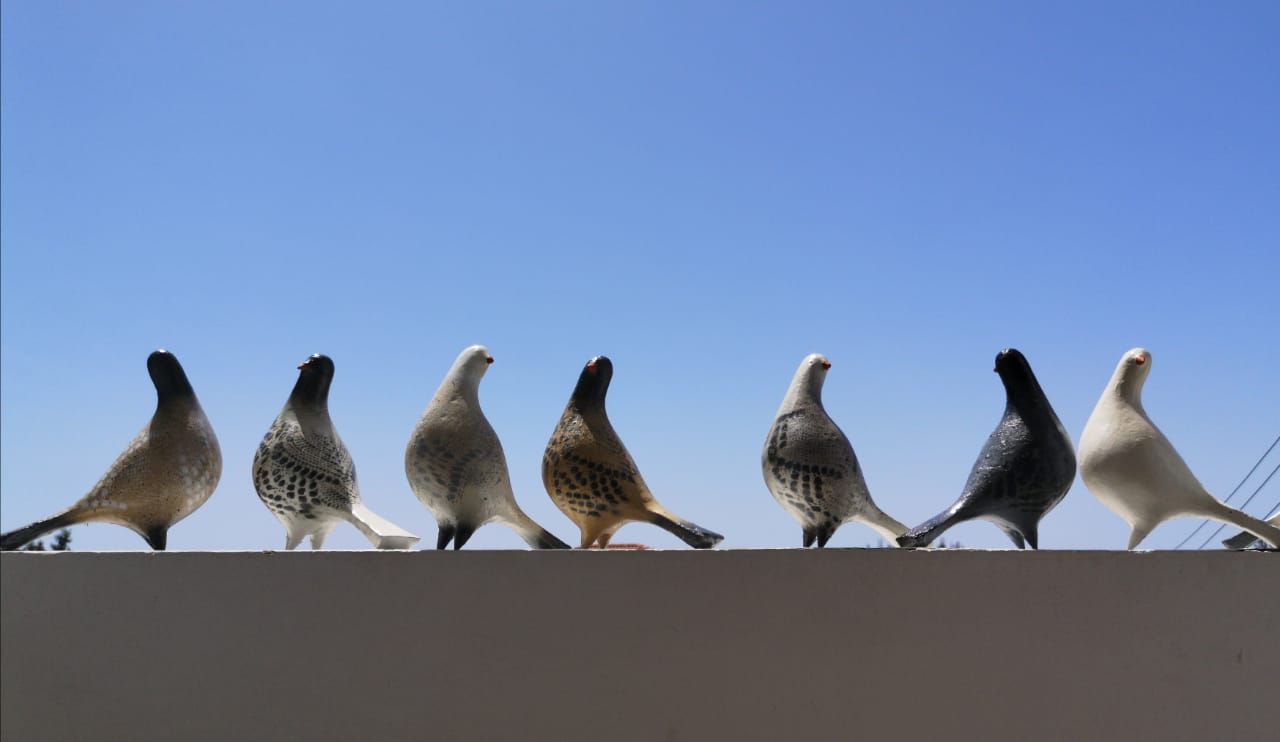 This second batch of birds is still a work in progress. “I haven’t fired them in the kiln yet, they are drying out at the moment, so I’m not yet sure how they will turn out. I’m looking forward to creating all different colours and textures,” says the artist, whose very first exhibition – back in 1996, when she was fresh out of university – also featured pigeons, inspired by a flock of birds she happened to see outside a house in Kissonerga.

Ioannidou has four publicly-exhibited sculptures in Paphos (including ‘Sol Alter’, a homage to Aphrodite), which attract many visitors. She plans to keep making birds at least until the end of the pandemic.

“I am enjoying creating them at the moment… I find it therapeutic, all art has the power to do that. When I am working, I don’t think about anything else,” she explains.

“If people have the opportunity to take clay in their hands and have a go at creating something, they should do it – no matter what they make – and enjoy it.”

Coronavirus: China says all coronavirus patients in Wuhan have now been discharged