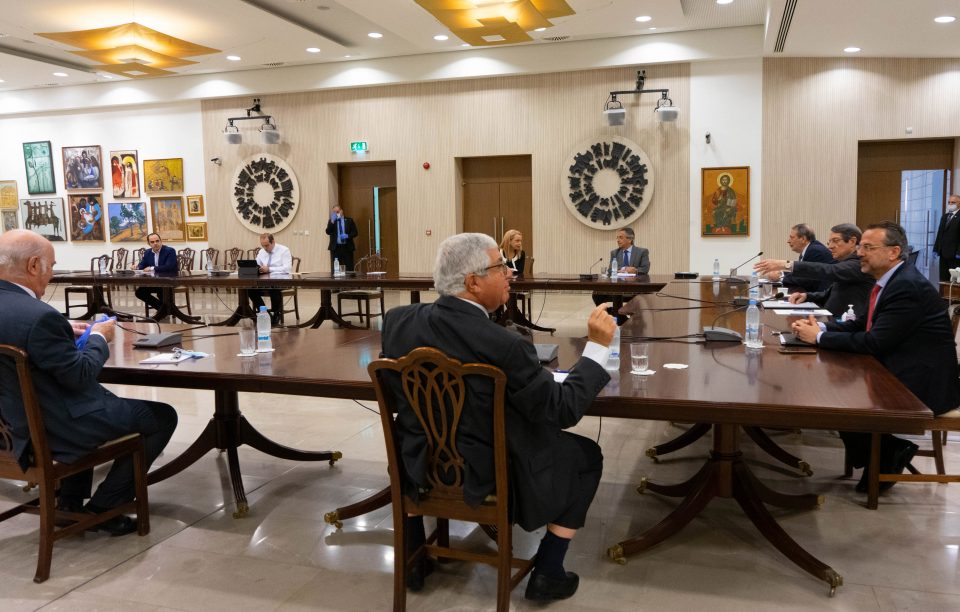 Authorities on Monday discussed ways of improving the operation of the justice system by allowing certain procedures to be done remotely, including hearings through teleconferencing where possible, Justice Minister Giorgos Savvides said.

The minister took part in a meeting at the presidential palace with the participation of supreme court officials that looked into ways of improving the operation of the courts under the strict restrictions imposed a month ago.

Savvides said the will was there “so that the courts returned to full operation as soon as possible” always in line with any new decrees issued by the cabinet.

The meeting discussed ways of avoiding limiting physical presence at the courts for reasons other than trials.

The deputy minister for innovation has already been tasked with setting up a platform to enable people to file documents online, although, as was said last week, that could take between six to eight weeks.

The participants also looked into changing the affidavit process so that people will not have to go to court to sign for them.

There is also an idea of holding certain hearings through teleconferencing.

“At a first stage, when defendants and witnesses won’t participate, where hearings are at the initial phase or where people participating are a few,” the minister said. “All these need logistical preparation and possibly legislative changes to a certain degree.

“This week is a week of developments,” the minister said, as the cabinet will sit on Wednesday to decide whether to relax restrictions.

On Thursday, the supreme court will also convene to review the measures it has put in place.

As part of measures to stop the spread of the coronavirus, the supreme court decided a month ago that only urgent cases, civil and criminal, would be handled until the end of April.

As far as civil cases were concerned, the supreme court said courts would only handle applications seeking interim orders in exceptional cases, which will be decided by the judge, appeals relating to property auctions, habeas corpus applications, extradition cases, asylum cases, and other appeals according to the judgement of the court.

Courts will continue to handle criminal cases in which defendants are held in custody, remand requests, cases relating to violations of the quarantine law, appeals involving jailed individuals and any other appeals judged urgent by the court.

FIFA proposes up to five substitutions per match

Some countries prise open COVID-19 lockdowns, but UK says not yet