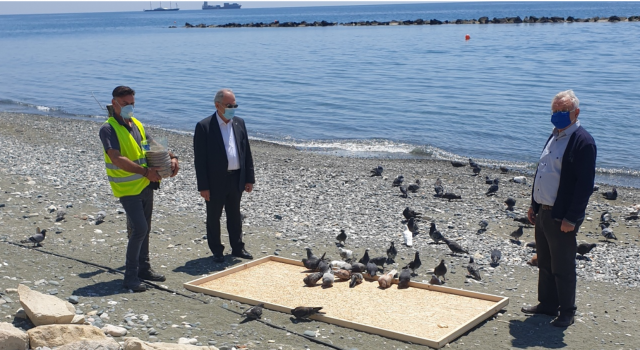 Limassol municipality announced on Tuesday that it had placed feeders and water troughs at the Akti Olympion beach for the hundreds of hungry pigeons that frequent the area.

The birds have been short of food since the restrictions on movement have prevented people from going to beaches.

The decision to feed the pigeons was taken after numerous suggestions were made to Mayor Nicos Nicolaides during a recent tour of the city’s coastal area.

“The pandemic has not only affected humans but also animals, many of which have been deprived of the care they receive from people who had to restrict their movement due to the situation,” Nicolaides said.

He recalled that the municipality had also made arrangements to feed the city’s stray cats every day.

“As of today, we will also be taking care of the pigeons at Akti Olympion,” he said in a statement.

He added that he immediately gave instructions for the placement of feeders and drinking troughs in the area, and supervised the works.

Moon and Venus both visible in the night sky on Tuesday