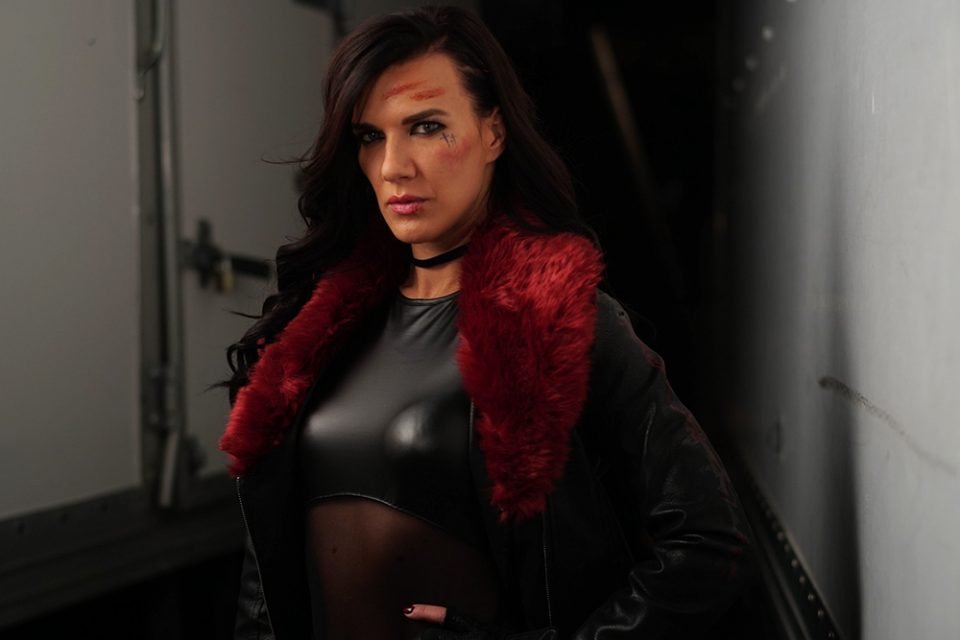 Natalie Burn is up early. Well, earlier than usual.

It’s before 9am in Los Angeles, where she is hunkered down in her home to weather the storm of the coronavirus crisis.

“It’s so early. I don’t usually wake up at this time!” she says with a laugh.

“I live in LA. Do you know what LA is like? We are much more chilled!”

And it’s understandable that Burn is in need of some sleep, after working flat out on her latest action movie Acceleration.

The actress, who was born in Kyiv, Ukraine, plays a mother desperately trying to get a son back alive after he is kidnapped by a mob boss.

The film reunites her with Dolph Lundgren, who plays the aforementioned mob boss, and with whom she has appeared in a string of films, and it gave her the chance to dig in to some particularly juicy fight scenes.

“I was curious, can I do it myself?” she says. “And this is where I set a goal for myself, I was like, ‘I’m going to try and do all the action by myself. I don’t want to rely on stunt performers.’

“I trained for a month because I wanted to really feel like what would it be like on set doing all the stuff by myself.

Perhaps it’s not surprising that Burn, who previously starred in The Expendables 3 with action legends such as Arnold Schwarzenegger, Sylvester Stallone and Jason Statham, was so keen to push herself.

She trained as a ballerina from the age of four and when she was eight she attended the Bolshoi Ballet School in Moscow, before moving to London to train at the Royal Ballet School.

She is certainly no stranger to physical exertion, but training for this film took it to another level.

“I did a bunch of martial arts. I trained with my stunt co-ordinator Arnold Chon who is known in martial arts world, and he took me to this amazing place in LA, a gym called Unbreakable where Chuck Liddell, Dolph Lundgren and Sylvester Stallone all go.

“It’s a very small boutique gym and he took me to train there and it was just amazing. It was hand to hand combat, jujitsu, kickboxing, a bunch of different levels and he incorporated more as I was getting stronger and stronger.

“I think he was pushing to see how much I would take but I knew this was a film that would have to be shot super fast, so I was like, ‘No matter what happens on set I will be prepared physically.'”

In fact the training was so tough, actually making the film felt easy in comparison.

“I was really pleased because I guess that is what it takes if you want to achieve something.

“Now I know when I want to shoot something action, if you put in the hours it’s going to be like nothing on set for you.

“What he was putting me through, five hours of training, every single day, I was way more sore when I was training with him than after the action scenes in the film.”

Burn has been taking tips from Lundgren, who is still kicking ass in action films in his 60s.

“His main thing is training,” she says. “He has a personal trainer that flies with him no matter where he goes and he’s under a special regime.

“Every single day he wakes up at a certain time, he eats and drinks certain things. His diet is very strict, his training is also very strict and has to happen every single day no matter what, no breaks unless he’s injured and even then he trains another part of his body.”

Burn is applying the same approach to her own fitness, even in lockdown.

“You have to constantly push your body and wake yourself up and give yourself a boost in energy.

“To give yourself a break is to step back and then you have to go back eventually and put in more hours and get back in shape so just keep yourself in that shape rather than lose it.

“You can get injured if you train too much so you’ve got to give your body a breather and a break for muscles to repair but my number one rule that I live by is I always have to go out of breath at least once a day.

“I run or jump rope or do ballet or yoga, whatever it is I have to give my heart that special thing where I feel like I’m a little tired.”

But Burn has also taken tips from Lundgren away from his gruelling regime.

“His number one thing is every character is an important character. I see how much dedication he puts in and it’s always like it’s his last role.

“It’s always important to him and that is the kind of actor I want to be.

“Always take responsibility for creating the best character you can create and put your 100% in and be proud of it.

“That is what I’ve learned from Dolph, he shows up no matter what happens.”

Acceleration is available on all digital streaming platforms now.

Coronavirus: elderly woman in Paphos hospital did not die of Covid-19