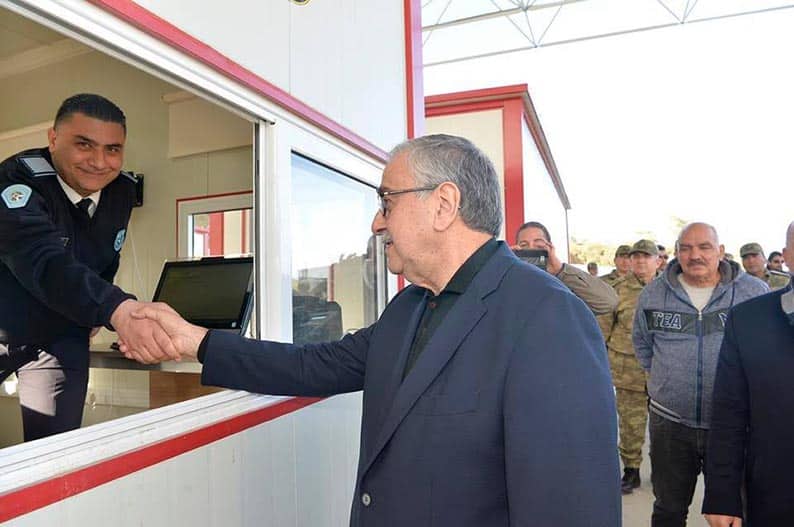 Turkish Cypriot leader Mustafa Akinci on Wednesday said that cooperation and understanding were necessary for the reopening of the crossings when the time comes.

Akinci discussed the issue during an interview with a Kanal T television channel in the north.

Arguing that it was a mistake that the decisions for the closing of the crossings by the two sides were unilateral ones at the time, he said they should not be reopened unilaterally in the same manner.

He said that the prerequisite for the reopening of the crossings should cooperation and understanding.

“This is a decision to be jointly taken,” Akinci said, adding however that the time was not right for the crossings to reopen.

“When we reach that point, coordination will be necessary internally, with the UN and the Greek Cypriot side,” he said.

Commenting on the Cyprus problem, the Turkish Cypriot leader said: “When the day comes, I will try to do the best for the interests of our people,” he said.

Akinci had strongly criticised the initial decision by the Republic of Cyprus to temporarily suspend the operations of the Ledra Street, Dherynia, Astromeritis and Lefka crossings at the end of February aimed at curbing the spread of the coronavirus.

He had also expressed his opposition, when a couple of weeks later, the Turkish Cypriot ‘government’ also announced the temporary closing on their end of the crossings at Limnitis and Strovilia.

At the time, the numbers of coronavirus cases on the island were very low as the first cases were detected at the beginning of March.

The crossings at Ayios Dhometios, Ledra Palace and Pergamos are still open, however, due to the restrictions currently in place, people cannot cross back and forth since they would have to be placed in a 14-day quarantine when entering either side.

Both sides said that the opening of the crossings would come at the later stages of the relaxations of the restrictive measures.