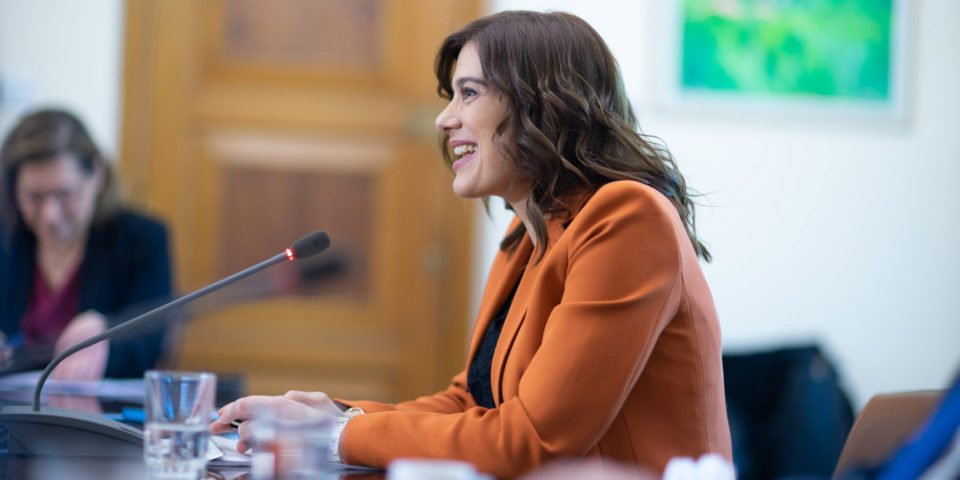 Officials from Cyprus have called on the EU for measures to support the island’s connectivity amid the global pandemic which risks isolating the nation, as air traffic plummets and the transport sector grinds to a halt.

“There are a lot of serious impacts, from a commercial perspective, and in a logistical sense,” Deputy Minister of Shipping, Natasa Pilides told the Cyprus Mail on Thursday.

Cyprus’ dilemma was highlighted by Minister of Transport Υiannis Karousos and Pilides, during a videoconference of EU Transport Ministers late on Wednesday.

Some of the main issues discussed were the resumption of flights, passenger health safety and subsidies for local airlines. Cyprus Airways has submitted such a request.

For both the airline and shipping industry, the logistical nightmare of handling crews and passengers is something that is being worked on but has not yet been ironed out. She said that Cyprus was working hard to facilitate centres for crew changes.

“Another aspect that was discussed was financial support because of how the sector has been hit, productivity is down but demand is also down,” she said.

Pilides also highlighted that a common regional policy on issues is crucial for assisting businesses in getting up and running again.

Karousos and Pilides drew attention to the fact that even before the pandemic hit, Cyprus was the least connected EU member state – lacking transport routes with major European cities, such as Paris, Rome and Madrid.

“Therefore, we are particularly concerned about the imminent risks to the viability of airports, local and European carriers, ports and shipping companies,” Karousos said.

Many airlines have warned that they risk going bust and face mass layoffs, which would in turn raise prices for travellers.

“We have to be able to support the restoration of connectivity in a certain way. This should include the ability to provide financial assistance (in the form of government grants and loans) to airports and airlines, especially for the continuation or opening of new routes that are considered strategically important for the economy,” he added.

Karousos also pointed out that so far very limited measures have been taken to directly support islands and less accessible areas. He said that this was contrary to the EU’s basic principle and message of ‘no one should be left behind.’

The governments of 12 EU states, including Cyprus, also called for the suspension of rules forcing airlines to offer full refunds for cancelled flights. Instead, they recommended that companies could move towards a voucher-based system.

Karousos said that the EU should also act immediately and draw up common standards and measures that will reassure people that travel is not a significant threat to their health.

As for shipping, Pilides stressed that Cyprus was considering ways in which it could effectively implement the Maritime Directives as well as the possibility of designating a port and an airport for crew changes. In addition, she said that special measures were being taken to facilitate crew changes.

The Deputy Minister also stressed the need for EU financial support for shipping companies facing these exceptional circumstances and, therefore, for measures to restore, protect and maintain the EU’s maritime sector.

Globally, planemakers, airlines and suppliers have been left reeling by the pandemic, which has crippled passenger travel and catapulted major economies into recession.

“Our industry is going to look very different as a result of this pandemic,” Boeing CEO Dave Calhoun recently told investors. “We will be a smaller company for a while.”