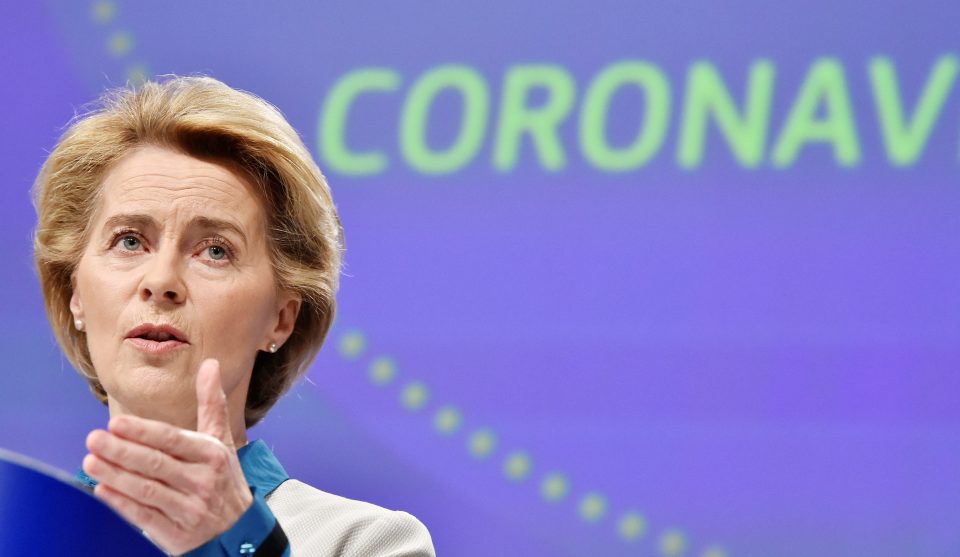 Germany accounts for more than half of the emergency coronavirus state aid approved by the EU executive, prompting concerns that countries with the deepest pockets might be getting an unfair advantage in the bloc’s single market.

Ensuring a competitive level playing field within its cherished single market of some 450 million people is a central EU tenet and has long been a key condition for opening up to foreign players from China to, more recently, Brexit Britain.

But the executive European Commission suspended the normally-strict state aid restrictions in mid-March, allowing the 27 EU states to pump cash into their economies and companies battered by coronavirus, with more than 1.9 trillion euros ($2.1 trillion) worth of national schemes approved so far.

It is not an even game, however, as richer or less indebted states have more scope to channel funds.

While Germany makes up for about a quarter of the EU‘s GDP, it accounts for some 52% of the total value of the emergency coronavirus state aid cleared so far, Commission data shows.

France and Italy share joint second place, each with 17% of the total, and the Commission plans to maintain its hands-off approach till at least the end of 2020.

“There is clearly a risk of a breakdown of… the internal market in Europe,” a senior Spanish government official said.

“Not all the countries of the internal market have access to this liquidity. Germany has deep pockets and can afford it.”

Germany granted a 3 billion euro government-backed loan to sports retailer Adidas, a 1.8 billion euro loan commitment to holiday operator TUI and is in talks with Lufthansa on a 9 billion euro rescue package, among others.

“The state aid that some European countries are discussing with airlines risks distorting competition and creating benefits for some when the sector restarts,” said Carlo Amati of Italian flight attendants union ANPAV.

“The market shares that existed before COVID19 should be defended.”

Announcing plans to cut 3,000 jobs on Friday, Ryanair’s Chief Executive Michael O’Leary said he would challenge in European courts what he described as more than 30 billion euros in state aid to flag carrier rivals of his Irish budget airline.

The Commission’s competition chief, Margrethe Vestager said on Wednesday the suspension of usual state aid rules was “fully legitimate” now to save jobs and businesses and that competition distortions were kept to a minimum.

“There are differences in how much member states can spend depending on their fiscal space,” she told a virtual debate. “But… we preserve the single market because we really need the single market for our recovery.”

An EU official, speaking on condition of anonymity, was more frank: “… if you look at the scale of what Germany in particular, but also some others, are doing – any notion of level playing field or single market integrity has gone out of the window.”

That underpins the ailing south’s demand for joint EU financing to spur a recovery. Otherwise, they fear, not only will they have suffered more severely in the health crisis but will also take longer to get their economies back on track.

With euro zone preliminary data showing an economic contraction of 3.8 percent in the first quarter of 2020, the EU is considering issuing debt by the Commission to raise more funds to help member states kickstart growth in 2021-22.

Guntram Wolff of the Bruegel think-tank said central EU borrowing could allow Brussels to make demands on how the money is spent after the Commission also came under pressure to attach climate strings to coronavirus state aid packages.

“The more decentralised these schemes, the more political considerations kick in – whether and what conditions to put on aid, whether states should take on voting shares, what sectors to help – the bigger the threat to the single market,” he said.

Spain said in a note ahead of EU leaders’ talks last week that while “increased flexibility for national responses is needed and welcome, it is vital to avoid this leading to a more unequal EU.”

To restore the level playing field between countries and companies, Madrid has said countries like Spain should now be compensated as the EU looks to its next long-term budget to help restart economic growth.

Cadiz: A celebration of life, history and tradition