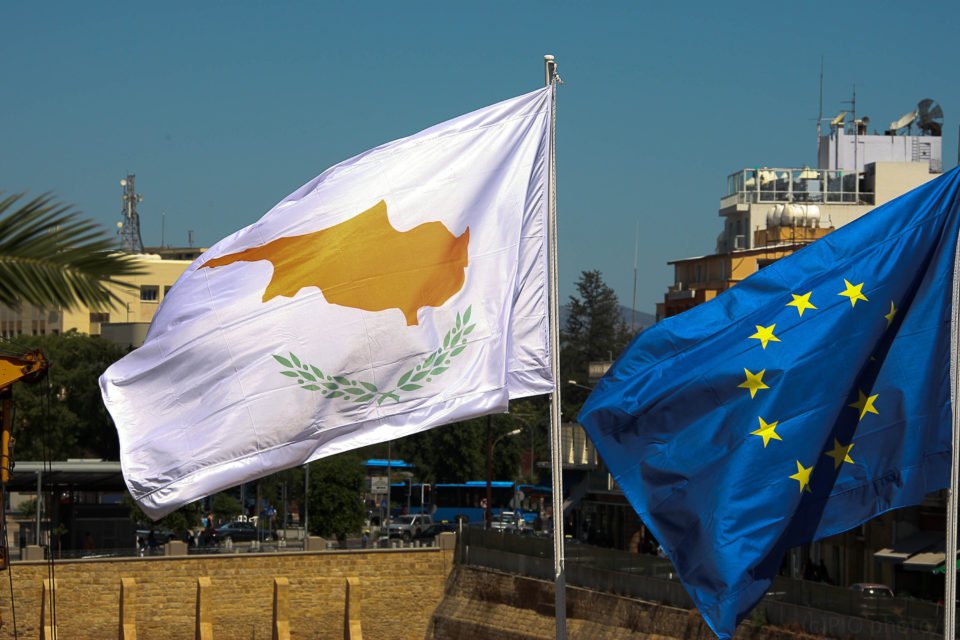 MAY 1 marked the 16th anniversary of Cyprus’ accession to the EU, a landmark in the history of the Republic that was achieved through close cooperation with the government of Greece, a well-planned strategy and pragmatic decision-making. Everyone, including the West-hating Left, embraced this achievement, because of the security EU membership would provide, the reasoning being that Turkey would not attack European territory.

Membership, however, got off to a very bad start because of the rejection of the Annan plan, a week after the accession, despite assurances given to the EU Commission by President Papadopoulos that a united Cyprus would be a member. He was openly accused of deceiving the EU, while in Cyprus people were being told by populist politicians that as an EU member the Greek Cypriot side would be able to secure a ‘European’ settlement that would be a big improvement on the Annan plan.

In the end everyone was disappointed. Greek Cypriots, who bought the fantasies sold by their politicians, felt they had been let down by the EU and the Papadopoulos government tried to place obstacles in Turkey’s accession talks, causing unnecessary problems to the Union. This behaviour reinforced the EU view that a divided Cyprus should not have been accepted as a member because it would import its problem to the Union and turn it into an EU problem, which is exactly what it did.

Sixteen years later, we have learnt nothing from this experience, our politicians still demanding, vociferously, that the EU should punish Turkey for its violations of the Cypriot EEZ, even if this meant destroying its relations with the bloc’s sixth largest trading partner. Brussels must show full solidarity with its member-state, goes the argument that completely ignores the strategic importance the West attaches to close ties with Turkey. According to the simplistic thinking of our politicians the EU destroy its political, strategic, economic and trade ties with Turkey in a show of solidarity to Cyprus, and its refusal to do so is a betrayal of European values.

This was why several of the small populist parties used the anniversary of accession to attack the EU’s failure to destroy its relations with Turkey over Cyprus. The Citizens Alliance said the “EU’s behaviour is humiliating towards both Cyprus and Greece, as it is a reward of Turkish provocativeness.” The same type of rhetoric was expressed by the Greens, which spoke of the “negative designs of many European ‘partners’ that cynically insist on supporting the occupier Turkey at the altar of their interests.” Not to be outdone, Solidarity leader Eleni Theocharous, who served as MEP for 10 years, tweeted, “the EU proved a continuous mockery and our governments incapable and fatalistic, passively obeying the orders of Brussels.”

This undergraduate level of political analysis, which sees everything in black and white, is incapable of acknowledging the other side’s point of view. As far as Brussels is concerned, none of these problems would exist if there was a Cyprus settlement, which was turned down in 2004 by the Greek Cypriots that are also considered responsible, rightly or wrongly, by EU officials for the collapse of the peace process in Crans-Montana in 2017. Brussels has no interest in allowing the Cyprus problem, and the perceived refusal of Greek Cypriots to reach a settlement, to jeopardise the EU’s relations with Turkey put the interests of several member-states at stake. Why do we expect it to put Cyprus’ problem above the interests of other member states?

It was ironic that to mark the anniversary of accession the Cyprus foreign ministry, which is a den of anti-settlement schemers, issued a statement saying the EU “should and could play a decisive role in efforts for the resumption of substantive talks on the Cyprus problem so that very soon a reunified state would be the one participating actively and effectively in the decision-making procedures of the EU.” There was truth in the statement. As a reunified state Cyprus would be viewed differently by our partners as it would not be constantly trying to undermine the Union’s relations with Turkey.

More importantly, as a unified state, the long-term security we joined the EU for would be achieved, because the north would also become EU territory in which the acquis would apply. We would no longer have a border with Turkey and both the island’s constituent states would be under the authority of Brussels. If Turkey interferes on the island, it would be the EU’s responsibility to deal with the problem arising. Is it so difficult to understand that the only way to guarantee the island’s long-term security and stability is for all of Cyprus to be a member of the EU?

Membership of half of Cyprus, as has become apparent, provides no guarantee for future stability on the island.

Tales from the Coffeeshop: Sad day for parasites as corona vacation ends