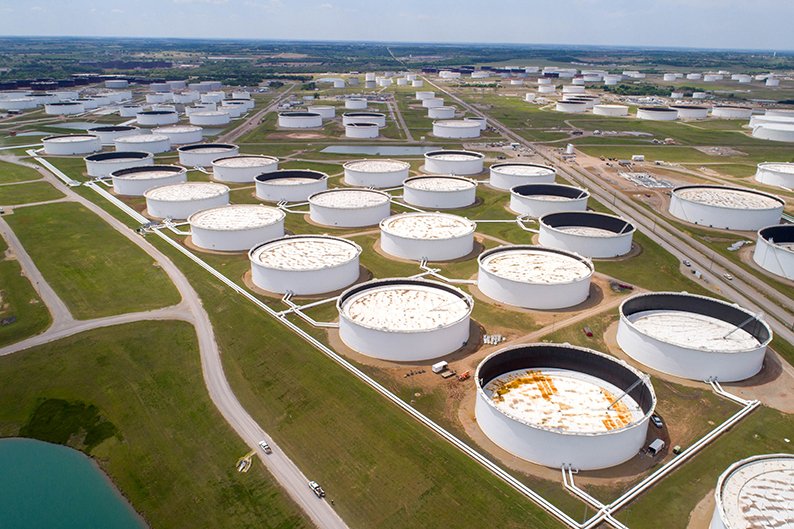 From a journalist’s perspective what happened on Monday, April 20, was truly impressive. The market price of American oil (WTI) literally reached the bottom of the barrel, at minus (yes, minus) $38.

On April 21, CyBC 1’s 8pm news broadcast the following: “Negative prices have again been reported in respect of crude oil, after the slight recovery that was noted this morning, following the historic dive of yesterday. A record fall in the price of petrol on the international commodity exchanges hit a negative level of minus $37.63 per barrel”.

What really happened on Monday, which resulted in American oil being traded at minus $38 per barrel? In practical terms, this development meant that the producer/trader of oil was delivering to the buyer the oil itself and, on top, was paying the buyer $38 for every barrel delivered. The news sounded sensational and that explains why other TV stations rushed to commercially exploit the newsflash, ignoring the substance of the message that was being transmitted and the fact that it was causing a lot of confusion.

Whether this was done intentionally or out of ignorance is difficult to say. Whatever the case, it adds up to unacceptable behaviour, particularly when it originates from the organisation that is exclusively dedicated to promoting and protecting valid, reliable and objective information.

But what did really happen? Obviously, the price of -$38 was not the intrinsic value of the oil that was being traded. To start with, it only related to American oil (WTI), which is pumped in the landlocked American mainland and so cannot be accessed by seagoing tankers. Nor can it generally be easily transported to storage facilities that are not located near the oil wells. On the date of this first-occurring phenomenon, maturing forward purchase contracts – which did not represent purchases intended to cover real oil needs but, in reality, were speculative purchases simply aiming at a trading profit – compounded the problem. Given that the shutting down of an oil well entails significant costs, the extraction of “unwanted” oil continued resulting in supply exceeding demand by a wide margin. 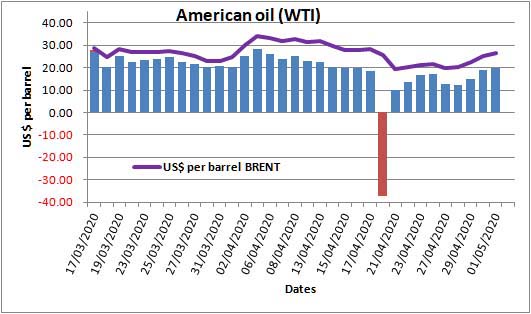 This is, indeed, the beauty of the free market, namely its ability to be self-regulated and to automatically revert to a price-equilibrium state, while punishing speculators for distorting the market (in this particular case, by pushing the trading price into negative ground, resulting in many speculators burning their fingers).

Statists fatally hate the ability of the free market to automatically regulate itself, because it deprives them of the possibility of taking control and of utilising such control for personal benefit. This is precisely the reason why statists undermine the effectiveness of the supervising mechanisms, which aim at securing the proper functioning of the market. They aim at creating the conditions that would allow them to manipulate the market for their own personal benefit. We have seen this in Cyprus over the recent decades. It was a live show staged before our eyes. The protagonists of this game were the “golden boys” of the banking industry, the “golden boys” managing the trade unions, the speculators and the greedy casual entrepreneurs, who were firing, in unison, against the free economy, to create conditions conducive to grabbing wealth.

The graph set out below reflects the daily prices of American oil (WTI) in the last month, in US$ per barrel (vertical blue columns) and of Brent oil (violet horizontal line). The brown column depicts the “dive” on April 20.

Reality is simple and straight-forward and it was exactly what one would have expected to see happening. The arrival of the coronavirus caused an almost universal closedown of the world economy. In turn, this led to a drastic reduction in the demand for crude oil. As a consequence, we saw a drop in crude oil prices from the level of $50-60 per barrel to the level of $20-30 per barrel. The “dive” on 20 April 2020 was a ONE DAY phenomenon, as clearly shown on the graph, which had nothing to do with the intrinsic value of the commodity but was caused by the shortage of storage facilities and by the actions of speculators, who were thus punished. It is interesting to note that a week later, on Monday, April 27, the WTI price started descending again probably in anticipation of further storage problems.

We have already entered a period of a worldwide economic recession. The low price of crude oil will undoubtedly help the anticipated economic recovery and, in particular, the recovery of energy-hungry industries, such as the airline industry, which are complimentary to the tourist industry. It is certain that it will facilitate the economic recovery of countries, such as Turkey, which cover their energy needs almost exclusively through imports. The lessons, which need to be learnt, are the following two:

If you do not wish to be treated as a spineless animal that can easily be pushed around, do not forget to pass the information captured by your antennas through a reasonableness validation test and do not hesitate to reject information that clearly aim at attracting your attention, in order to enslave you, rather than to inform you. This applies to commercial enslavements (to get you to buy specific goods and services) and to political enslavements (to make you support specific political persons and specific political platforms).

Be careful not to allow yourself to be seduced by political sirens, which promise changes that would place you amongst the favoured members of a new order but in reality simply wish to enslave you and to exploit you for their own self-interest.

You should remember that the free economy stands out because of its ability to self-regulate itself and to punish the speculators. It goes without saying that for the economy to function properly you need supervisory mechanisms capable of neutralising the obstacles often interjected in its path and a safety net for the incapacitated members of our society.

Coronavirus: Non-urgent surgeries to start as of Monday