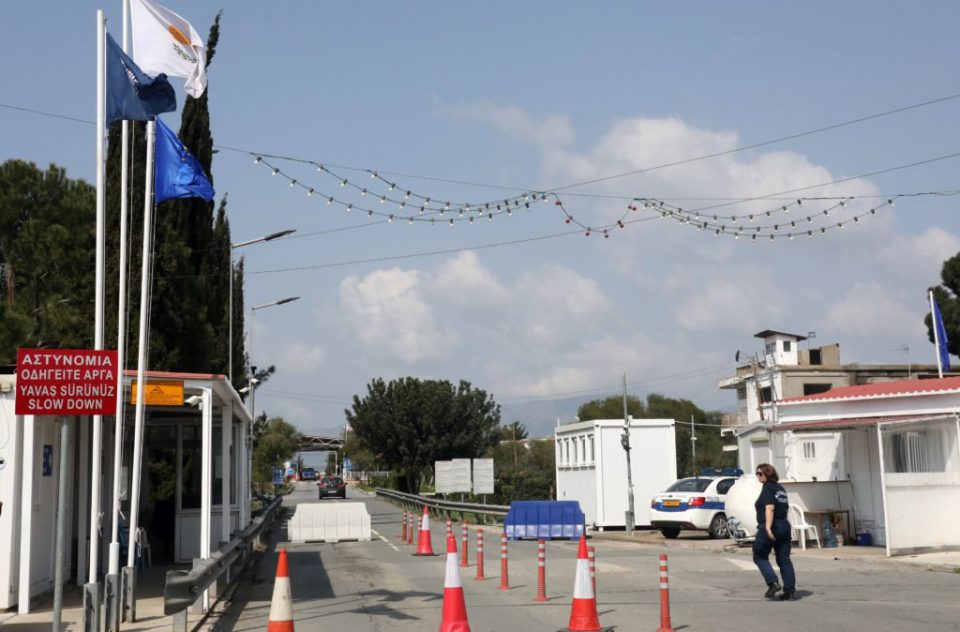 Kyriacos Koushios was referring to the around 2,000 Turkish Cypriot workers living in the north who before the lockdown would come through the crossing points every day for work.

Koushios told the Cyprus Mail that it is the Turkish Cypriot side that banned entry through all crossings, whereas the government suspended the operations of only four of them, leaving five open (Ayios Dhometios, Ledra Palace, Limnitis, Strovilia and Pergamos).

“We have no problem looking into this if they are allowed to return to their workplaces,” Koushios said.

He added that if these workers inform the government that they have overcome obstacles over the crossings with the Turkish Cypriot administration, then the coronavirus aspect will be discussed with the health ministry.

Koushios explained that the government will need to get the advice of the epidemiology experts on what protection measures need to be taken for this group of people such as testing, whether they will need to be quarantined, whether it will be feasible for them to cross daily or whether they would be asked to remain in the government-controlled areas.

“We are positively inclined to look into the matter,” Koushios said.

On the possibility of these Turkish Cypriots losing their jobs, Koushios told the Cyprus News Agency earlier in the day, that as long as they are covered by the schemes announced by the labour ministry, their employers cannot fire them.

“For the government there is absolutely no reason whatsoever for all the crossing points not to resume operations, apart from the problems caused by the coronavirus pandemic,” he said.
At the moment, only Turkish Cypriots are allowed to enter the north. Anyone entering each side, must be placed in a 14-day quarantine, which makes it impossible for people to daily cross.

The Turkish Cypriot workers have called on President Nicos Anastasiades to allow them to cross daily, expressing fears they face losing their jobs. They also pleaded with authorities in the north.

Employers in the south but also Peo trade union have also voiced their concerns.

Head of the employers and industrialist federation (OEV), Michalis Antoniou, told CNA that the government ought to facilitate these people get to their workplaces without compromising anyone’s health.

Turkish Cypriots who work in the south, he said, are different from those on both sides who cross over for shopping or recreational purposes.

On the workers’ fears that they could get fired if unable to work, Antoniou appeared optimistic that there was time for the issue to be looked into as the construction sector, where many of them work, is not yet in full operation.

Dev-Is union in the north and Peo in the south have joined forces to address the problem.

The head of Peo, Pambis Kyritsis, sent Anastasiades a letter pointing out that the situation greatly affects both workers and their employers.

Chairman of Dev-Is, Koral Asham, told CNA that at the moment only cancer patients are allowed to cross for their treatments.

Both sides said that the opening of the crossings would come at the later stages of the relaxations of the restrictive measures.

Season could be cancelled if clubs don’t back neutral venues