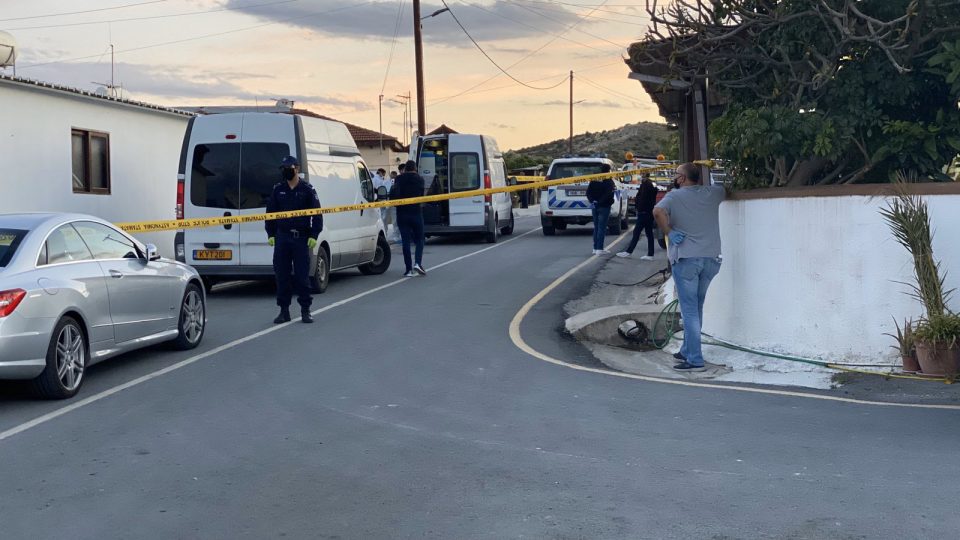 The scene of the tragedy (Photo: CNA)

A 23-year-old Larnaca man was remanded in custody for eight days on Wednesday on suspicion of shooting and killing his sister, 21, with his army-issue G3 rifle, which he claims was an accident.

The man, held in connection with manslaughter, claimed he had been cleaning his G3 when it went off and hit his sister, Maria Harpa, in the head. The incident took place at around 6pm in the family’s home in Klavdia in the Larnaca district.

The 23-year-old who appeared in court without a lawyer, did not object to the police request for his remand.

The court heard that he told officers right after the incident he had taken part in a National Guard exercise as a reservist in an army unit in Larnaca that day but that his rifle had jammed and he was advised to clean it when he returned home.

He said that while he was cleaning it, it went off with the bullet hitting his sister, who was sitting opposite him in the living room of their house. The bullet hit her in the head.

However, police determined there had not been any firing exercise that day as the army suspended exercises due to the coronavirus. The last time the suspect reported for reservist duty was May last year.

The rifle was seized by the police for ballistics testing along with all the gear related to it including a sealed bag containing 200 rounds issued to reservists. Reports said the bag was open and eight rounds were missing.

The clothes the 23-year-old was wearing when it happened were also taken by the police to be checked for gunpowder residue. The man was to also undergo psychiatric evaluation.

The drama unfolded on the day of Maria’s birthday. She was two months pregnant and her fiancé had proposed.

News of the shooting were followed not too long after with reports suggesting the family were having problems.

Reports said two months ago police seized three hunting shotguns belonging to the suspect’s father at the request of the mother due to frequent rows.

The incident raised fresh questions concerning the possession of assault rifles by thousands of male Cypriots who served in the army reserves.

In a statement, the defence ministry said it did not wish to comment on the particular case pending the investigation but made it clear there was no question of withdrawing the weapons.

“The defence ministry stresses in the strongest and most categorical manner that there is no question of withdrawing the arms from the hands of the reservists.”

The ministry added that there could not be a debate on removing the arms from reservists each time military firearms were used in isolated incidents to commit a crime.

“At the same time, we note that the command is in close cooperation with the police to deal with special cases when the need arises,” the ministry said.