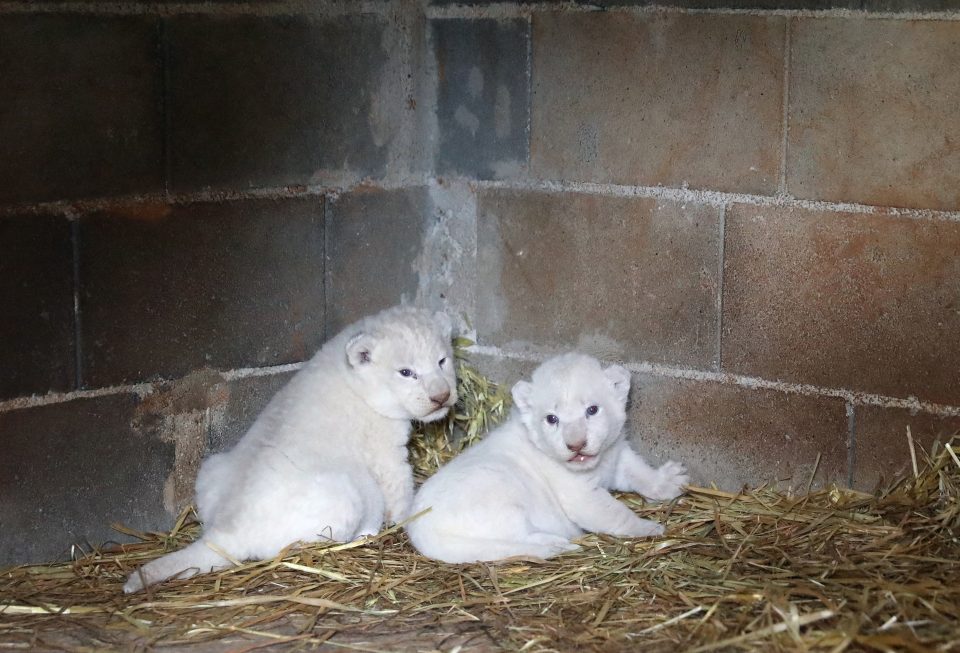 The male and female cubs were born at the zoo on April 15, which currently remains closed due to the decrees relating to the coronavirus pandemic. They have yet to be named, according to the Zoo’s, Ioulios Christoforou.

“We haven’t named them yet, but we will run a competition in the coming days to choose their names. This is the first time that we haven’t had to intervene, and the mother is taking great care of them,” he told the Cyprus Mail on Wednesday.

This is the third litter for the parents, Zeus and Hera, who have been at the soo for more than eight years. They arrived from a zoo in Johannesburg in South Africa. Zoo staff had to intervene on previous occasions and those cubs were hand-reared. The pair have fared well at the facility and are friendly, happy and thriving in the Cyprus climate, said Christoforou.

Christoforou candidly admitted that a lack of footfall and distractions from around the lion enclosure most probably helped Hera to concentrate on taking care of the new cubs.

“It helps that the mother is not distracted, there is no commotion or movement and she is relaxed and isolated,” he said.

Zeus, the cubs’ father, has also been playing an important role.

“He is being very affectionate to the cubs and is taking care of them as well,” Christoforou said.

In addition, a new baby male camel was born in March, as well as monkeys, deer and ponies. A number of exotic birds are also laying eggs for the first time.

The zoo is hoping to reopen at the beginning of June and will rely on supporters, locals and residents to visit.

“We hope that people will support us as we are facing tough times due to a lack of cash flow from admission fees and it costs so much to feed all of the animals and birds each month.”

Each big cats alone costs €3,000 to feed and the zoo tried to mimic food from the wild such as beef, chicken, pork, goat, lamb and duck.

“We haven’t had to cut back on anything yet, but it’s getting tough. We are also trying to be as sustainable as possible and to cut costs,” he said.

The zoo also owns land nearby and is growing bananas, papaya, wheat, barley, straw, mango, avocado, peaches, melons, pumpkins and vegetables as well, which is all used to feed the animals and exotic birds.

However, medicines, imported insects, baby food, salaries and other overheads such as electricity, are all expensive, he said.

The facility is currently still employing 11 keepers to look after the zoo’s residents, with other staff furloughed under the government’s programme to pay 60 per cent of wages, Christoforou noted.

The first white lion cub to be born in Cyprus was just over a year ago at Paphos zoo and named Simba. He is still at the zoo and there are plans to bring a young white female lion from Africa to pair with him in the future.

Meanwhile, male lion Gio, who was also born at the zoo, will most probably be transferred abroad to another facility.

Medical protocols surrounding ‘Project Restart’ to be outlined next week