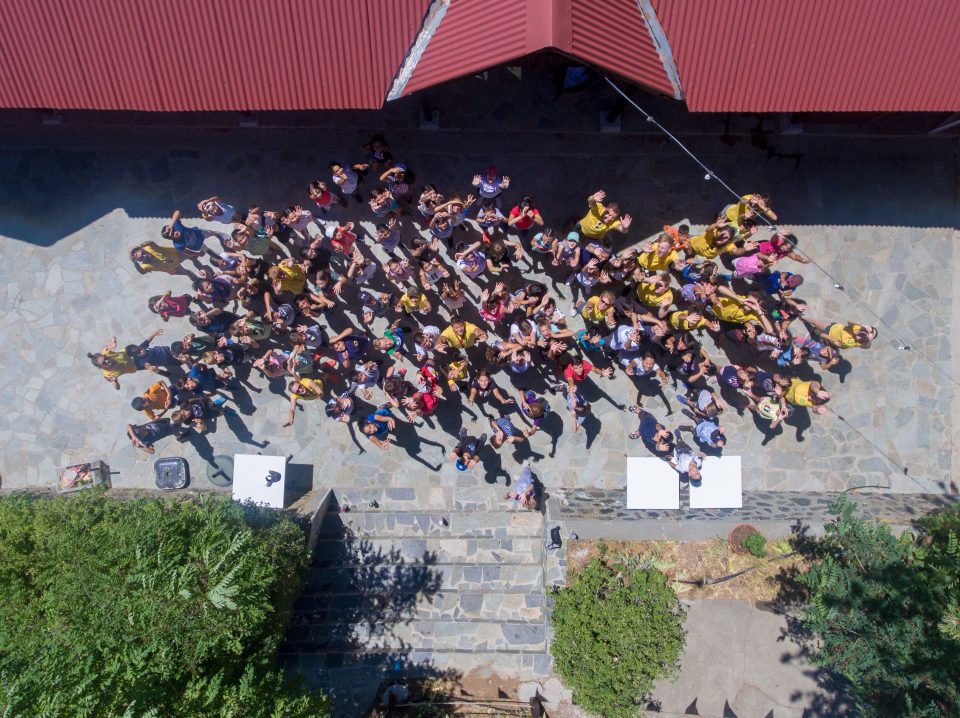 Jubilee summer club in Troodos has been going 30 years

Parents and children hoping against hope that the ease in coronavirus restrictions means that summer schools in July will go ahead as normal, may need to hold their breath a little longer.

The Education Minister Prodromos Prodomou confirmed to the Sunday Mail on Friday that under present conditions, summer schools will be allowed to go ahead, but of course this all depends on epidemiological indicators and strict health precautions will apply.

The uncertainty has meant some summer schools have been cancelled, and others have not yet decided what to do. If allowed to go ahead, some summer schools may even extend their schedules to include August because families will not be travelling abroad.

Those who are determined to run their schools have had to be flexible and ready to change their plans at the last minute. One of them is the Jubilee hotel-based holiday club in Troodos which has been running for more than 30 years.

“If we are allowed, we will definitely go ahead,” Jenny Brown, coordinator of the summer school said.

“In fact, this week we are taking bookings as usual. The only difference is, we are not asking for payment so we don’t have to deal with refunds. We have booked the hotel and have an option to extend the club or move it back for a week. The children really need it, they have been isolated for so long, and the parents also really want it to happen.”

She explained the management is trying its best to cover all scenarios.

“We are literally going to decide the day before the club starts. We have communicated with all parents and explained the situation. They are also flexible, as 98 per cent have no other plans,” she added.

Jubilee is always booked with a long waiting list, but the difference this year is that there has been a shift in those who are interested which evens out the numbers.

“Some have said they don’t feel comfortable sending their children, but there are new people as there are fewer options and people don’t plan to travel abroad.”

Bricks 4 kidz is another type of summer school in Limassol and Nicosia. Its programme is based on the use of Lego bricks.

“As every year, we will have a full programme, from the early morning until late afternoon to cover the working hours of the parents,” Nicolas Dinikos, managing director of Bricks 4 kidz said.

He explained the school will probably run from the beginning of July, now that it is known that schools will close at the end of June.

What is likely to change is the closing date due as people are less likely to travel in August – and more likely to work.

“We used to close at least for ten days, during the time when 80 per cent of Cypriots were on holiday. Now some had to take their leave already, and some will want their children to have something to do in August, so the goal is to remain open for the whole month,” Dinikos said.

The school will not run to its full capacity and will make use of covered outdoor areas.

Yet another setup are summer schools at private schools. The International School of Paphos (ISOP) is getting ready to host its summer school which includes a residential school for a minimum of two weeks for 11 to 18-year-olds from abroad which is currently on hold.

Like the other two, Paola Hadjilambri, marketing executive at ISOP, said the school is all set and ready, but also flexible.

“The next few weeks will be critical, until the beginning of June. If there are more cases and the schools close again we will think again. We are fine with both scenarios.”

One thing the school is finding a challenge is organising what to do with the kindergarten age kids.

“The small children are the biggest worry – they kiss, hug and touch,” Hadjilambri said.

“There is a long road ahead – we have to see what will work and maybe delay the summer school if necessary.”