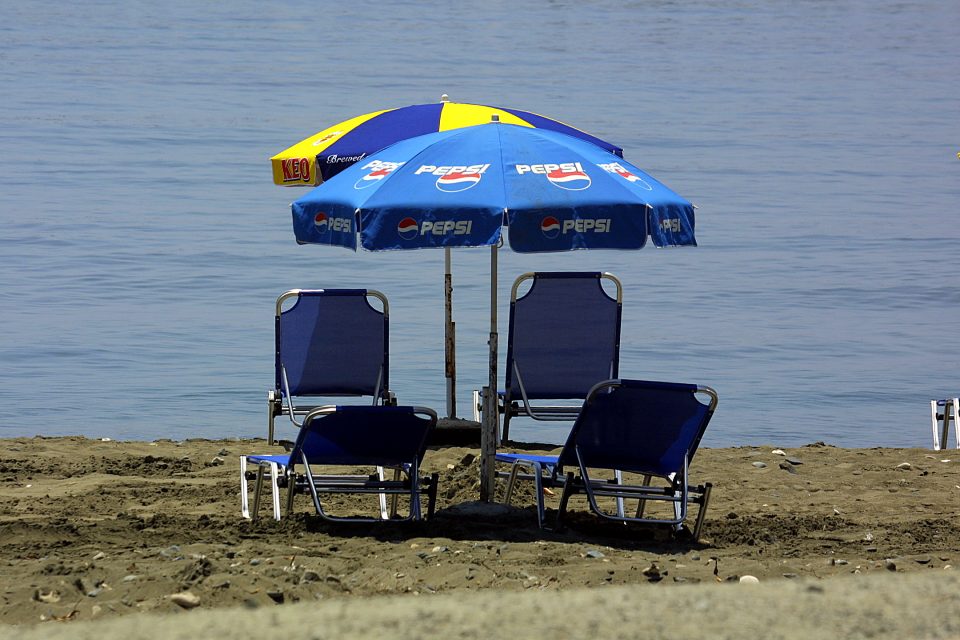 Suppose once lockdown is over, that you’d like to fly from Larnaca to Germany?

You would like to know that you could get on a plane here, get off there, and come back.

Unfortunately, there is currently no way to be certain about making this kind of trip, nor is any assuredness likely in the near future.

“The challenge is devising a common policy so that national authorities can be sure that disembarking passengers aren’t spreading the novel coronavirus,” explains EU policy expert Martin Kahanec of the Bruegel think tank in Brussels. “And to make sure that the passengers aren’t bringing it back home.”

For the moment, cross-border air  travel is reduced by about 90 per cent, according to the European Organisation for the Safety of Air Navigation (Eurocontrol).

The EU Commission is struggling to find a way to negotiate this issue – a spokesperson tells the Sunday Mail that further discussions are scheduled — and it isn’t making rapid progress.

But, up till now, the EU is only making “vague and general recommendations”, he adds. The EU issued official guidelines on April 14, but the proposals are broad and do not provide the practical information needed by the European tourist industry, Kahanec adds.

This indecisiveness is making it difficult for tourism authorities in Cyprus and elsewhere in the EU.

“We need to know what happens before a tourist gets on a plane, what happens on the plane, and what to expect when that tourist arrives here in Cyprus,” complains Cyprus Hotel Association president Haris Loizides in an interview with the Sunday Mail. “There are meetings at the EU level, and teleconferences among tourism ministers nearly every week. But no clarity is emerging.”

“This is a significant road block to restoring tourism in Cyprus,” agrees Frida Polyak, a European tourist industry analyst with market researcher Euromonitor in London. “Cyprus gets about one-third of its tourists from the UK and Russia. The Cyprus government could try to work out bilateral agreements with each, but it is not clear that the commission would accept them. In any case, the process is complex and difficult.”

The result is that attempts to restore normal cross-border traffic are hamstrung. Austrian Chancellor Sebastian Kurz proposed to reopen his country’s border with Germany on April 22, but German Interior Minister Horst Seehofer rejected the offer, citing the fear of a fresh spike in infections.  Meanwhile Czech Republic President Milos Zeman called for his country’s borders to remain closed for a full year.

On June 9, beaches, hotels and airports are set to reopen in Cyprus. The transport ministry is currently working on a plan to manage the reopening of the airports at Larnaca and Paphos.

On the ground, conditions will be carefully managed, Loizides explains, in an effort to assure potential tourists that hotels and restaurants are safe.

“Hotels and restaurants are coordinating efforts to ensure sanitary conditions and social distancing. We want tourists to know that they are safely able to enjoy their vacations. We are also promoting Cyprus’ good record of managing the pandemic, along with the additional health measures being taken by the industry.”

But Loizides adds: “We do not, however, want our hotels to look like hospitals. Comfort will be combined with safety measures.”

These tactics will undoubtedly help to attract tourists, but whether they will sufficient to overcome consumer fears remains a fraught question. A survey taken in the UK showed that 50 per cent of consumers had serious concerns about travelling. Forecasts by Euromonitor show that Brits are likely to travel within the country, where they feel more secure.

There is also little clarity about how airplane passengers will be evaluated for flying or for how they will be asked to behave on planes. But these determinations could affect whether national governments will accept passengers: Will some airlines be disallowed from serving certain destinations?

Social distancing, with every middle seat empty, had been proposed but IATA has strongly rejected this because it would drive up ticket prices by more than 50 per cent. Wizz Air, which flies to Cyprus, will oblige passengers to wear face masks; so will Air France – KLM.

The government of Portugal has issued a decree obliging airlines to fly with only two-thirds capacity in each plane. Will other governments follow suit? Will Portugal refuse to admit planes at full capacity? Again, there is a crying need for EU intervention.

Cyprus airports may reopen in June, but will tourists be able to come?

Meanwhile, in Cyprus, airports are expected to open on June 9, but, without any clear policy in view for tourist arrivals, it’s difficult to see tourists departing in droves.

“Unfortunately, this does not mean that a unilateral loosening up by Cyprus will necessarily allow a wave of tourists,” comments J Scott Marcus, also of Bruegel. “Whether low-rate countries will be willing to take their residents back without a period of quarantine is an open question. Between low-rate countries like Cyprus (and Austria for sure, and Germany, and most of eastern Europe), reciprocal loosening of restrictions might perhaps be possible. I think that low-rate countries are like Germany and Austria are likely to keep at least some restrictions in place for some time against Italy, Spain, France, and the UK.”

Deputy Minister of Tourism Savvas Perdios has noted that Cyprus’ competent handling of the lockdown, leading to its current low rate of infections should make it an attractive target for tourists, ahead of other Mediterranean destinations like Italy and Spain.

The ministry is also exploring creating a ‘safe’ area in cooperation with Greece and Israel, but it is unlikely that the EU Commission would permit this violation both the Schengen Agreement and of Single Market rules, sources close to the commission told the Cyprus Mail.

The great summer tourist season is nearly upon us. Tourism, a key driver of the island’s economy, needs careful attention, if at least part of the revenue expected from a Cyprus summer is to be salvaged.

On April 28, ministers from seven countries, including Greece, Spain, Portugal, Cyprus and Malta signed a joint statement calling on the EU to come up with a dedicated recovery plan for the tourism industry and system to manage travel and hospitality.

The EU Commission spokesperson tells us that the commission is working on a plan. Let us hope that practical results will emerge from the many meetings that are taking place.