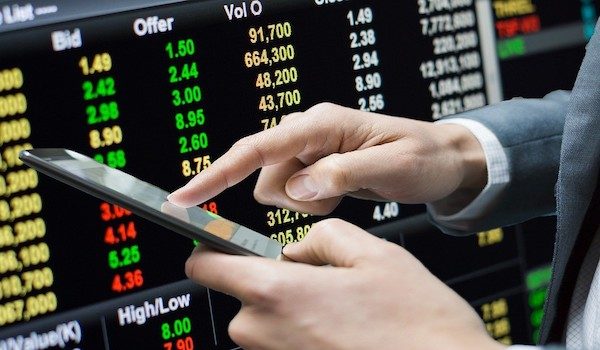 Speculation distorts the market place. To back that statement up it may be useful to clarify the term ‘speculator’. A speculator is not a person who simply aims at realising a legitimate profit from his activities but one who seeks to secure a quick and easy profit, at the expense of another person.  The word speculator should be distinguished from the word ‘hedger’, who is a person that seeks to hedge or neutralise the impact of an economic risk. A hedger is a player in the ‘real economy’, while a speculator is a player of the ‘shadow economy’, which, as explained below, is increasingly becoming more opaque and dubious.

The term speculator has negative connotations, but has this always been the case? We posed the question to Chris Pavlou, who served for many years as the chief foreign exchange dealer of Barclays bank in the UK, and then moved on to serve as the worldwide treasurer of the Hong Kong & Shanghai Bank (HSBC) in Hong Kong.

At the beginning, the forward purchase and forward sale of foreign exchange was exclusively geared to protect the customers of the bank against the fluctuations in the parity of currencies, ie it was aimed at neutralising the risk confronting an enterprise from the ups and downs of foreign currencies in relation to the functional currency in which the assets and the liabilities of the business are stated. Many years ago, the ability of a bank to pre-purchase or pre-sell foreign exchange (or other financial instruments), for its own account, was severely limited. With the passage of time, these rules were relaxed and the speculative activities in this area ended up having a significant part in the profit generating activities of many banks. At this stage, it was almost inevitable that the temptation to manipulate the market would creep into the process.

Are you effectively saying that the banks are nowadays functioning in an antagonistic mode vis-a-vis the interests of their customers?

Yes, several banks but also other financial institutions started operating on this basis. This sliding from hedging to speculation became noticeable in all markets – financial as well as commodity markets. The counterbalance to these negative trends was the supervision of these activities, which the authorities were called upon to exercise, a task which – either because of the lack of knowledge or experience – was initially performed poorly. I believe that from this perspective the situation has improved, resulting in raising the standard of the supervision. Nevertheless, I suspect that we still have isolated incidents of inappropriate behaviour. For example, it is not uncommon to see information or assessments being ‘served’ to the public, which are ‘guiding’ the market into one or the other direction, dragging the unsuspecting small investors into danger. I should also mention the fact that specially designed computer-based programs are used, which, with the aid of algorithms, aim at the effective manipulation of the market.

Given that in this type of market, the gain of one person is, by definition, a loss for another person, are small investors doomed?

Yes. If you have not been properly trained and if you are not watching market developments closely on an ongoing basis, and if you do not have wealth which you can afford to lose without serious consequences, do not get involved in speculative transactions. Confine yourself to hedging transactions, on an as-and-when needed basis, exclusively aiming at neutralising the risks you have already assumed. For example, if your operating currency is the euro and you have borrowed in Swiss francs, it would be a good idea to enter into a forward purchase contract for the Swiss francs you will need to settle your obligations. Thus, you will not be exposed to the risk of generating an exchange loss, as a result of future fluctuations in the parity of the two currencies, which loss you will have no choice but to absorb. Of course, under such an arrangement, you will be forgoing the chance of making an exchange gain, if the parity were to move in the opposite direction. I have absolutely no doubt that the chasing of a quick and easy gain by the reckless acceptance of large risks was one of the principal causes of the economic crisis of 2012.

Do these risks still exist today?

Of course they do, although I have the impression that the new governor of the Central Bank of Cyprus fully understands the responsibility he has to secure, within the framework of the European Central Bank, the smooth and proper functioning of the money market. I am not so sure if corresponding safety valves exist in respect of the remaining markets, such as the immovable property market. The pre-existing risks have been amplified as a result of the impact of the coronavirus pandemic. It follows that the small investor should be doubly and trebly careful.

What is your prediction concerning the economic future of Cyprus?

The situation we are going through, right now, is a very difficult one. It is certain that in a period of recession and increased unemployment, new non-performing loans will be added to the existing ones.  Nevertheless, I am cautiously optimistic that we will overcome these difficulties, provided that the politicians set aside their populist crowns and their dogmatic confrontations and provided that they isolate and expel from amongst them those of their kind who perceive political power merely as a tool of satisfying their personal needs and ambitions. Let me add that, in my opinion, the biggest long-term investment risk confronting Cyprus stems from the uncertainty concerning the political future of the island. I believe that our government wrongly underestimates this risk which – one fine morning – will prove to be an unmanageable deadly risk but then it will be too late.

Ayia Napa has lined up its lifeguards, ready for summer season

Cyprus must upgrade grid for wind and solar