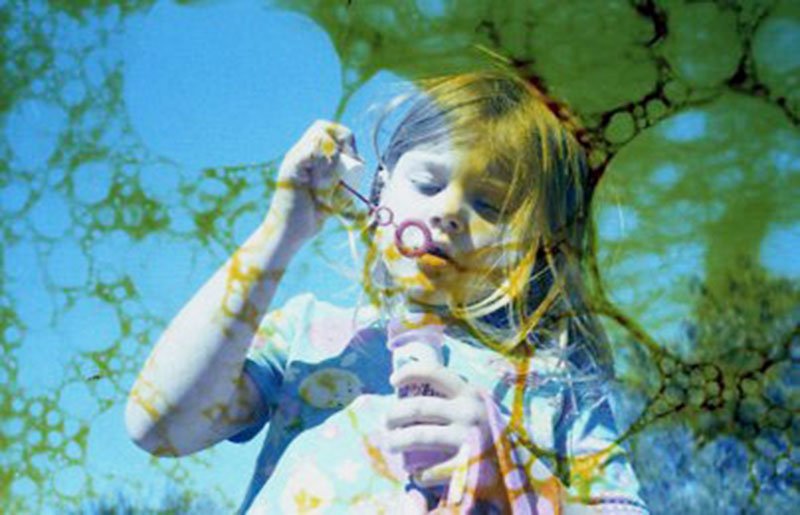 Remember your old point and shoot? Loading the film, manually winding it (that satisfying ‘click’), taking the negatives to the shop, and waiting on tenterhooks in case an errant child had fiddled with the film and overexposed all your snaps of ‘summer hols in Rhodes’ circa 84? How much easier we have it now, with our digital gadgetry and phone cameras, and editing software which turns amateur photographers into…

But wait. There was a certain ephemeral beauty to those old cameras. Unlike today’s modern gizmos, they required an effort, an understanding of aesthetics, and – most importantly – the ability to encapsulate one, single moment in time: the instant your firstborn glanced up from his sandcastles; the moment your grandfather twirled the souvla; the second your mother sat down at the family picnic. Nowadays, we all just point our phone camera, fire off a stream of shots, and edit the best. Unless, that is, you belong to the burgeoning number of film fans reviving everything 35mm…

Here in Cyprus, there are more than a few of these analogue aficionados. And, thanks to Christianna Orros, they’ve found a home in @analog_cyprus. A platform for people who share an interest in film photography, this Instagram page showcases film shots by photographers from all over the island – all of whom have a passion for producing film, rather than digital, images.

“It’s a worldwide trend,” says Christianna, “influenced by the Lomography movement of the early 90s, which began with a couple of Austrian students who found an old, Russian camera. It incited a style of photography that encouraged a more creative approach; an approach that rebelled against the rejection of the old and embraced the happy accidents which occur when using traditional film.”

Light leaks, grainy textures, sepia tones, double exposures: these were once the hallmarks of film photography and, through @analog_cyprus, techniques which are now both encouraged and celebrated. What, for the photographer of the 70s and 80s, was an accident is, in the 2020s is now applauded. “There’s something special about analogue photography,” Christianna smiles. “There’s a sense of mystery, of nostalgia; it’s unpredictable and romantic.”

Her long-held love of film photography began at Kingston university, where she studied fine art and art history, and continued through her work as a photo lab technician in the UK, and as an artist-in-residence in Berlin. But then, on her return to Cyprus in 2019, “everyone advised me that film photography was a dead art. Wherever I went, I was told that ‘nobody takes film photos anymore’.”

Determined to quiet the naysayers, Christianna set up analog_cyprus: a network to connect like-minded film enthusiasts on the island. “There’s no criteria as to what appears on the page,” she explains. “As long as it’s analogue photography, it’s acceptable, old or new. People send me a lot of photos, and I tend to post those which suit the aesthetic of the page, the rhythm of what’s coming in. The majority of which,” she adds, “showcase Cyprus. Because, as it turns out, I was right! There is actually a really strong community of analogue film fans on the island!”

Thanks to the Insta account, which currently has more than 1,500 followers and scores of regular posters – all of whom are dyed-in-the-wool devotees of film – Christianna has connected a host of film fans. There’s Maria Georgiadou aka @fisheyemary_analog, says Christianna, who uses 35mm, 120 and instant photography to produce images of “colourful landscapes, flowers, and portraits, with an inspiring retro vibe.” There’s Umut Boyoglu who enjoys 120 film and an old Yashica camera to take shots of landscapes and street life. And Demetrios Mina who works with wet plate photography – mixing his own chemicals and building his own cameras – and is in the process of breaking a Guinness World record for the constructing the biggest wet plate camera ever made!

“That’s the thing about analogue photography,” Christianna continues. “It brings together all sorts of people from all walks of life: all backgrounds, all ages. There’s just something so ethereal, so magical about real film that you don’t get with modern, digital photography. And though many people are intimidated by the idea of using an old camera and developing the film, the time and patience is well worth the reward.”

Christianna herself uses an Olympus MJU and Olympus OM10 most frequently. “I have quite a few old cameras, but these are the two I always return to,” she acknowledges. “One was given to me by a friend in the UK, the other handed down by a customer at the lab I worked in.” As for the processing of the negatives, Christianna prefers to develop them herself. “You don’t necessarily need a dark room,” she explains. “Most of the chemicals and equipment you need you can find in your own home. I prefer to develop my own: it helps connect you to the process, and allows you to experiment with effects you wouldn’t otherwise enjoy.”

This experimentation is a big part of the fascination for Christianna. “In my practice I wanted to experiment with film to better understand it. You can alter and play with so many aspects of the photo, and that’s a huge part of the magic.” Spooning bleach on negative to produce a bubbled effect, using wine and coffee to change the hue; allowing light to leak into the camera; reshooting the same film to produce double exposures – these are just a few of the techniques Christianna has trialled.

“With film, accidents can end up becoming aesthetic,” she adds, noting that, along with anything experimental, what she most enjoys photographing is portraits. “There’s this thing about film – it’s capturing a memory,” she concludes. “It’s not like digital where you can take loads of snaps each second and then delete the images you don’t like. With film, you get one chance; one fleeting chance to create a lasting memory, and then the moment’s gone.”