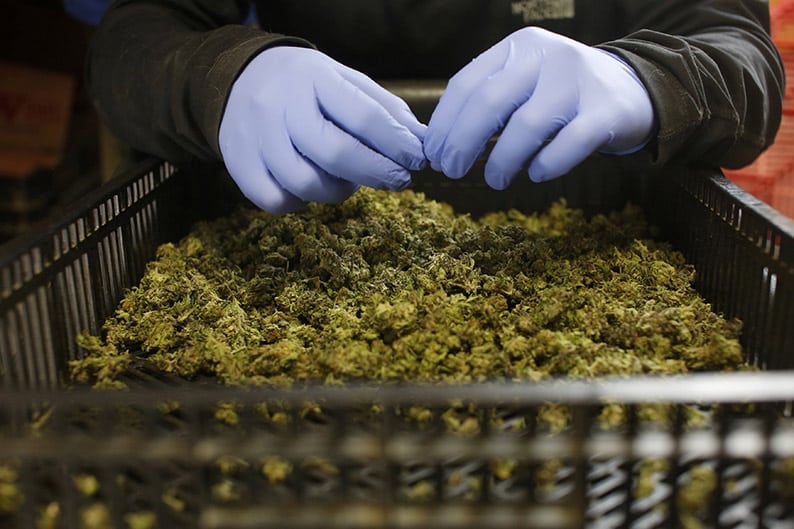 Albania plans to legalise the cultivation of cannabis for medical purposes, six years after beginning a crackdown on an illegal trade that turned it, by some accounts, into Europe’s largest outdoor grower of cannabis.

Prime Minister Edi Rama said the time was ripe for one of Europe’s poorest countries to enter the lucrative market, emulating its neighbours North Macedonia, Greece and Italy – the latter a destination of tonnes of cannabis from Albania in 2015 and 2016.

“Illegal cultivation is completely under control,” Rama told reporters in an online news conference. “This is the third or fourth year of consolidation. We plan to pass the bill in this session of parliament.”

Before Rama led his Socialist Party to a landslide victory in 2013, the lawless enclave of Lazarat on the Greek border had been freely cultivating cannabis on an industrial scale for a decade and a half, untouched by state intervention.

In a massive armed operation in June 2014, police ended the town’s illicit trade. But over the next two years, cannabis cultivation spread across most of Albania, casting doubt on its resolve to fight organised crime, as the European Union – which it hopes to join – had asked.

On Saturday, after Rama answered a question on medical cannabis at a news conference with the head of the EU delegation in Tirana, the EU mission found itself obliged to tweet that neither it nor the European Commission had anything to do with the crop.

Albania holds a parliamentary election next year, and the idea of regularising a potential source of jobs and money could be a vote-winner.

Koco Kokedhima, a businessman who was the first to ask for the cultivation of medicinal cannabis to be legalised, and a former Rama ally turned bitter critic, said Rama “now appears to agree with our party’s project. We hail this turnaround”.

But Agron Duka, head of the opposition Agrarian Environmentalist Party and a former agriculture minister, said: “Anything that helps economic growth is good. But as a state we have not applied the law correctly so it can be exploited negatively.”

In Lazarat, the villagers were asking for a full criminal amnesty for those convicted on cannabis charges if the draft was approved – not merely the amnesty for dodging tax on illicit earnings that Rama is proposing in addition to the legalisation.

Economic analyst Mentor Nazarko said that “the income might be limited but it would help the country to a degree”, before adding: “The European Union countries are sceptical.”

More than two dozen countries permit the use of cannabis for medical purposes, although its precise benefits, notably in reducing nausea, pain or muscle spasms, are contentious.

Coronavirus: North says will be at least two months before crossings open