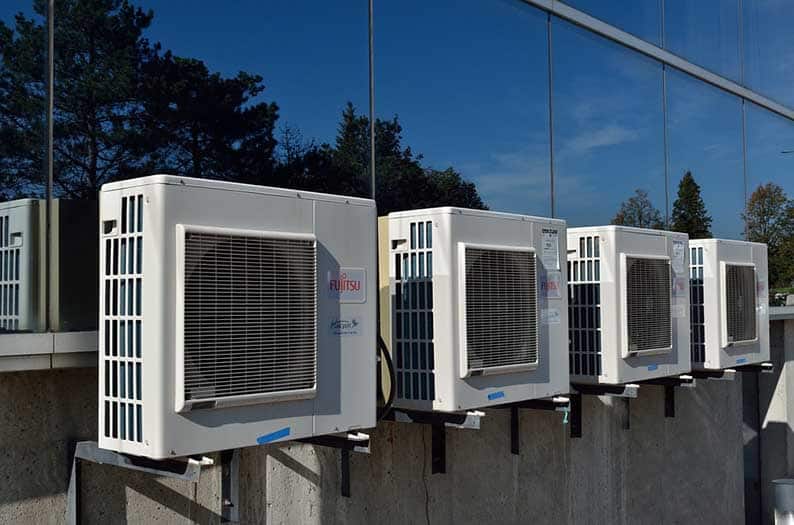 With temperatures rising and a mini heatwave on the way over the weekend, experts warned on Tuesday that air conditioning systems and fans could raise the risk of coronavirus transmission by spreading infected droplets through the air.

“Most cooling systems, such as split units, recycle the air inside the room by absorbing the hot air, cooling it, and then circulating it back in the space,” refrigeration and air-conditioning engineer Michalis Demetriou told the Cyprus Mail.

Covid-19 infected droplets can survive in the air for some time after an infected person talks, sneezes or coughs.

“If there are three people in the room respecting proper social distancing and one of them is infected, with the air-conditioning on, it is more likely for the other two to be infected,” Demetriou said.

“This will only happen if a person in the room is already infected,” he added.

Cooling fans appear to have the same effect, however, odds are reduced if windows are kept open.

A study published by the US Centres for Disease Control and Prevention on April 2, showed how droplet transmission was prompted by air-conditioned ventilation in a restaurant in China and caused the infection of 10 people who had dined there on January 24.

In this outbreak, strong airflow from the air conditioner could have propagated droplets from table to table.

The key factor for infection was the direction of the airflow, the study said.

“To prevent spread of Covid-19 in restaurants, we recommend strengthening temperature-monitoring surveillance, increasing the distance between tables, and improving ventilation.”

Professor of microbiology and molecular virology Petros Karayiannis confirmed this theory. He advised people to keep windows open to limit the risk of infection.

“I am not an expert [on this], but I had already raised my concerns about air-conditioning systems that circulate the same air in the room,” he told the Cyprus Mail.

Karayiannis suggested the use of special filters that are used in labs, or UV lights in central AC systems to stop the virus from circulating in the room.

However, these cannot be used in domestic units.

AC Airtech Ltd technician said central cooling systems like the ones in shopping malls can refresh the air in the building with outside air.

“There are companies that might have air handling unit (AHU) which has the potential to take outside air, cool it, and channel it into the building in addition to the circulation and recycling of the existing air.”

Karayiannis said this is preferred but reiterated that risk persists even if there is air ventilation. “Unless it is only one person in the room,” he said.

Running the air-condition on low fan speed also limits the risk of infection but does not completely eliminate it, said the professor.

“We used to be able to work without air-conditioning” Karayiannis said.