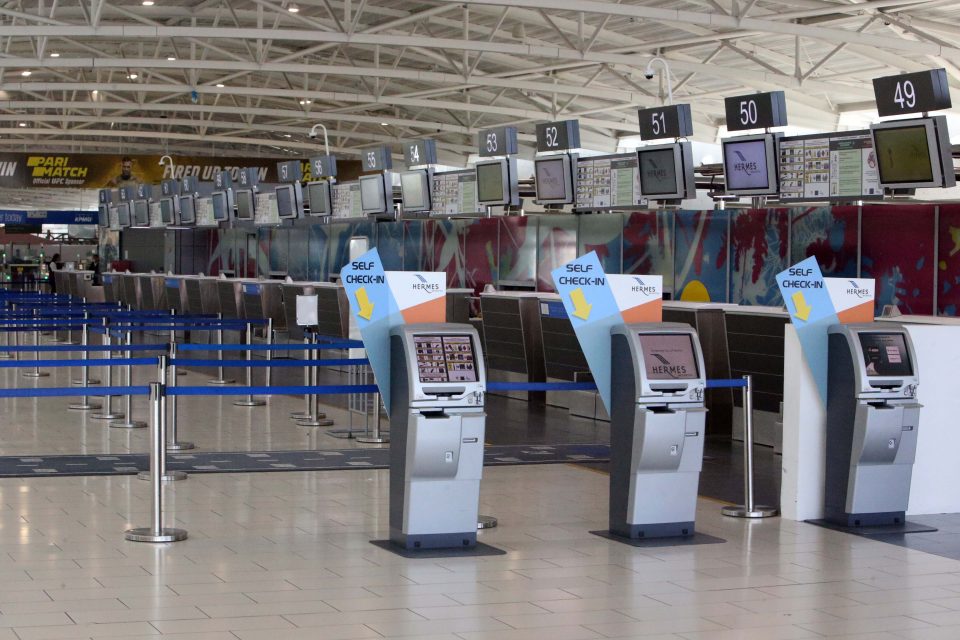 Ministers will submit an action plan to open airports in Cyprus to the Cabinet next week, Transport Minister Yiannis Karousos said on Tuesday.

Karousos said that the aim is “to open air travel in an efficient and productive manner for the economy, without impacting public health negatively.”

The steering committee – consisting of the permanent secretaries of the transport and tourism ministries and member of the epidemiological team – is already working on the airport issue.

According to the minister, the action plan will include timetables and the various stages envisioned to restore flights. It will also list countries with which Cyprus re-establishes flight connectivity, he added.

All aspects of traveling will be addressed in the action plan, Karousos added, such as new measures at airports, necessary modifications in their infrastructure, conditions to enter the Republic and screening methods for coronavirus, either before boarding the plane or when arriving in Cyprus.

Air traffic will be restored gradually, the minister concluded.

Earlier in the day epidemiology professor at the University of Cyprus Dr Maria Koliou, also a member of the health ministry’s advisory committee, stressed the importance of lifting the restrictions one by one and not to rush the situation as it might lead to another wave of infections.

“There will still be very strict conditions for tourists arriving in Cyprus once we reopen the airports.

“We are working out the best ways to allow flights back in the country, as the rest of the EU is doing. But we must be very careful as it is very easy for the virus to spread again.

“We cannot quarantine tourists for 14 days,” she added. “They will want to come here to relax and enjoy our country so it’s up to us to ensure that the conditions for them to do so are safe.”

Koliou said there might be some limitations on the number of tourists allowed and some of them will have to get tested before they fly to Cyprus, unless they are from safe countries that have managed to keep the spread of the virus under relative control, like Greece.

The health ministry’s advisory committee will meet President Nicos Anastasiades at the Presidential Palace on Friday to assess the situation and decide what steps to take next.

“It’s been eight days since we entered the second phase and so far, we haven’t registered an increase in the number of cases. Still, we need to remain alert, we risk going back to how it was before all the time,” Koliou said.

She said that scientists are still unsure whether there will be a second coronavirus wave.

“Some epidemiologists predict there will indeed be a second wave. Unfortunately, not many are yet immune to the virus.

“However, we already have the experience in dealing with it. We know what measures to take and what are the most effective drugs to treat it.

“Also, a vaccine might be released on the market at the beginning of 2021, which will help massively in the fight against Covid-19.

“We must be optimistic, every step we take must be a step in the right direction. Only this way we will manage to protect ourselves and finally come out of this situation.”

Coronavirus: Parliament to reopen, but at the Filoxenia