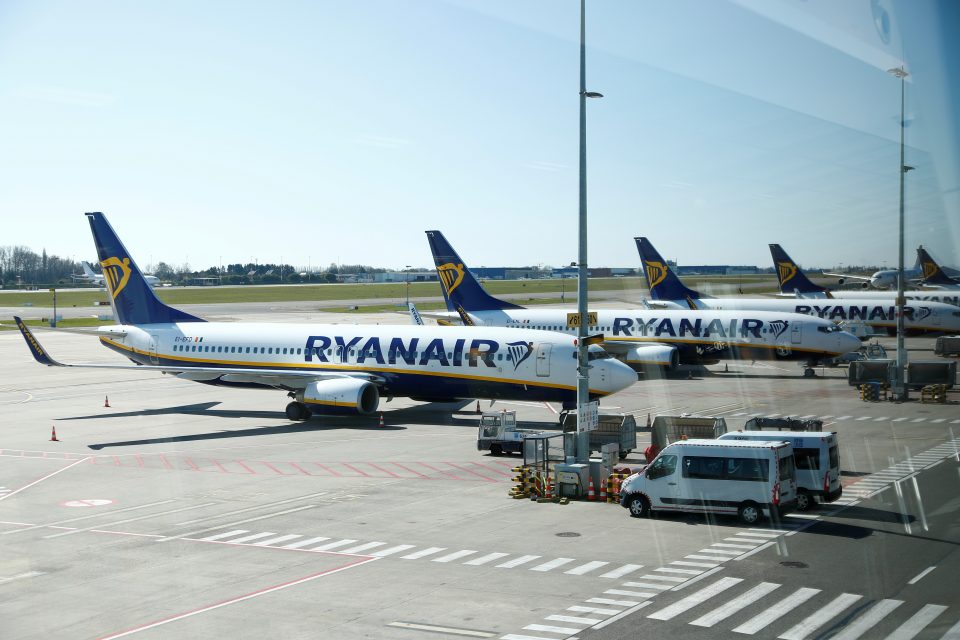 Temperature checks, masks and quarantine will not deter people from a holiday in the sun after three months “locked up” at home, Ryanair’s chief executive Michael O’Leary said on Tuesday as he announced plans for 1,000 flights a day from July.

The Irish low-cost carrier is to make face coverings and temperature checks mandatory for all staff and passengers while the airline, Europe’s largest, will scrap cash payments on board and make customers seek permission to use the toilets.

Ryanair is the latest airline to announce measures aimed at reassuring customers they can safely return to planes despite the coronavirus pandemic and to try to get cash flowing again, with compulsory masks by far the most common proposal so far.

“People have been locked up since the middle of March. People are really gagging to get out and I think get abroad for the sunshine,” O’Leary told Reuters in a telephone interview.

“We will see a surge of bookings building over the next six weeks up to July 1,” O’Leary said, although this had not begun.

O’Leary said he was urging European authorities to make both masks and temperature checks mandatory across the continent, adding the idea of leaving the middle seats on single aisle aircraft empty to allow for social distancing was now “dead”.

Rivals Air France-KLM, Lufthansa and Wizz have all made masks mandatory and the CEO of British Airways owner IAG Willie Walsh has said he is open to the idea.

Most airlines are disinfecting planes and several have limited cabin service on board.

Their focus in recent days, however, has been in resisting quarantine periods being imposed across the continent.

O’Leary joined criticism of Britain’s plan to make arriving passengers quarantine for 14 days, saying the fact that France and Ireland had been exempted proved it was unscientific.

“This isn’t science,” he said, adding the measure was “unenforceable and unpoliceable” and would be ignored.

However, Ryanair said it will require all passengers to fill out a form detailing the length of their planned visit and where they will stay, information that will be provided to EU governments to monitor any quarantine measures.

O’Leary said he was optimistic there would be no quarantine periods for people travelling between countries in Europe’s Schengen free travel zone and he hoped that travel restrictions to and from Britain and Europe would be dropped.

“Once the industry begins to recover towards September-October, I think we will be back to essentially open skies,” he said, adding British families could happily quarantine at home for two weeks after returning from their holidays.

Earlier on Tuesday, Britain’s health minister said Britons were unlikely to be able to have an international holiday this summer because of the pandemic.

Once aboard their flight, O’Leary said people would not be allowed to queue for the toilet on Ryanair planes and would have wait for permission to get up from cabin crew.

Ryanair is to operate around 40% of its original flights schedule from July up from a skeleton service of around 30 flights a day in May and June, he said. Ryanair should return to its normal passenger number levels by 2021, with ticket price levels returning to normal by 2022.

O’Leary also indicated Ryanair plans to move back towards an all-Boeing fleet by cancelling leases for Airbus A320s for its Lauda subsidiary and likely replacing 30 Airbus jets at the Austrian airline with Boeing 737s.

Companies in Cyprus ready for the new normal, but pessimistic – survey