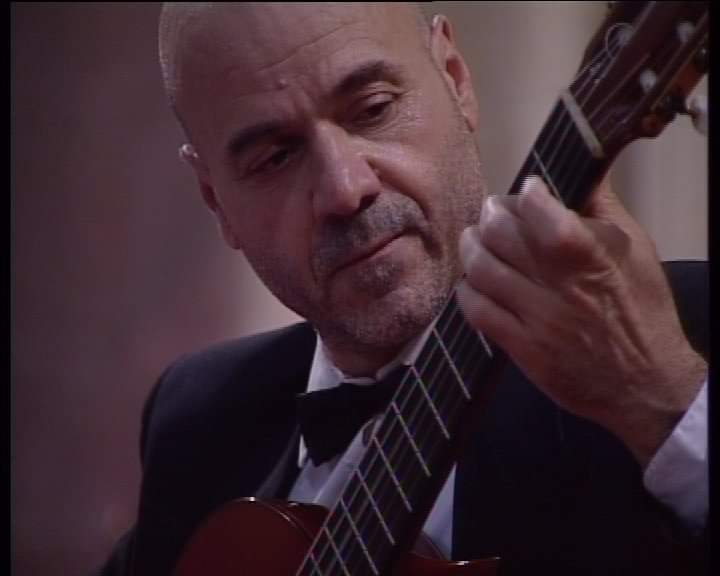 I can imagine this scene so well. The year is 1972 and an 18-year-old Turkish Cypriot boy watches TV at his uncle’s house in Harringay, London. Two men play music together. One wears glasses, the other is balding. John Williams is the bespectacled one, Julian Bream is the one thinning on top. Both classical guitarists, they are marking the release of their landmark studio album, Julian and John.

The boy listens, entranced by the music. He vows to himself that one day he will play just as they do. Newly arrived from Cyprus, Kemal Belevi had never seen, much less heard, a classical guitar.

“I had no idea who they were and what they were playing,” Belevi tells the Sunday Mail almost 50 years later. “But I loved what I was hearing. It was a revelation. What’s more, the idea of performing solo was very appealing. Somehow I felt it was something I would enjoy and was, perhaps, destined for.”

Fast forward to 1977 and a nervous Kemal Belevi is auditioning to gain entry to the London College of Music on its course for would-be music teachers. The adjudicator is William Lloyd Webber, father of Andrew (the composer) and Julian (the cellist).

When Kemal finishes his audition piece, a bemused Lloyd Webber asks the young man if he really does want to be a teacher. Without hesitation, Kemal responds, “No, I would rather be a performer.”

“Good because that is what you should be,” says Webber, who promptly enters the young Turkish Cypriot’s name on the roster for the performers’ classes, no conditions attached.

Later that same month, Kemal plays again, another audition, this time in front of the Harringay Council, in order to win a scholarship for his studies. He gets it.

Another jump in time, and the year is 2020. We are in the middle of pandemic lockdown when I receive a message from a friend of mine and along with it a piece of music. The performance is by a Turkish Cypriot/American guitarist duo.

The piece is a composition by a Kemal Belevi, performed by the Tandem Duo, that consists of two young guitarists Necati Emirzade and Mark Andreson. Their CD is about to be released on the world renowned Naxos label.

“Not too many Cypriots know about this composer and yet he is one of our finest,” my friend proclaims.

So who, I wonder, is this hitherto virtual unknown, Kemal Belevi?

Within days, I find myself asking this very question of the composer himself.

Belevi was born in old town Nicosia in 1954. His parents came to the capital from Polis six years earlier. Kemal was the youngest of their seven children, three boys and four girls.

Kemal’s father worked for the Royal Air Force in Akrotiri and so was often absent from home. His mother died in 1959. “My eldest sister used to take care of us but I was used to spending a lot of time alone. You can say that I brought myself up,” he says,

Then the music came. His brothers, Ahmet and Ibrahim (14 and four years older than Kemal) decided to form a band and they needed a guitarist.

The brothers named the band The Belevi Trio and were popular in north Nicosia in the late 60s, playing Turkish pop at weddings, and the Saturday night feature at a well-known Caglayan Bar.

“I was 14 and loved it. But soon after Ibrahim left for Turkey to study there and I finished my lycee and wasn’t sure what to do next so I decided to go to London.”

Fulfilling the dream of becoming a classic guitar virtuoso proved no easy task.

“It was very difficult,” he admits. “I had never been outside Cyprus before. My English wasn’t very good and when I arrived there were not many Turkish Cypriots in London. I had a hard time.”

After three months in London staying at his uncle’s house, Kemal had to find his own lodgings and support himself financially while doing his O and A levels.

“At first I was working in a dry cleaners, then an evening job as a teacher. Finally, I had a friend, a Greek named George, who played bouzouki. He and I got together and formed a band and started playing at restaurants.”

In 1981, Kemal was awarded a Fellowship to the London College of Music but there was much more work to be done if he was to realise his dream of becoming a world class performer.

“A fellowship diploma is also a recitalist diploma but what I wanted is to become world class player. For three years, from 1982 to 1985, I practiced eight hours a day. You have to do it until you think you are good enough and this only comes from comparing yourself with the ones who are world class.”

From thereon, Kemal dedicated his life to playing and composition. In addition to the UK, he has performed in Poland, Russia, Turkey and of course Cyprus. He has also given numerous masterclasses at international guitar festivals.

To date he has composed five guitar concertos in addition to many orchestral works. Cyprus Symphony Orchestra has featured his work.

“It wasn’t my own concert but one by David Russell, my teacher and friend. I wrote Five Preludes for him in 1986 and that year he performed it at a concert in London. Best guitarist in the world playing your compositions can means only one thing — that you are a good composer as well.”

Cyprian Rhapsodies Nos. 1-4, Suite Chypre, Turkish Suite by Kemal Belevi and performed by Tandem Duo (Necati Emirzade and Mark Anderson) has been released by Naxos: May 8, 2020

Plant of the week: Tobacco plant once a miracle cure for various ailments