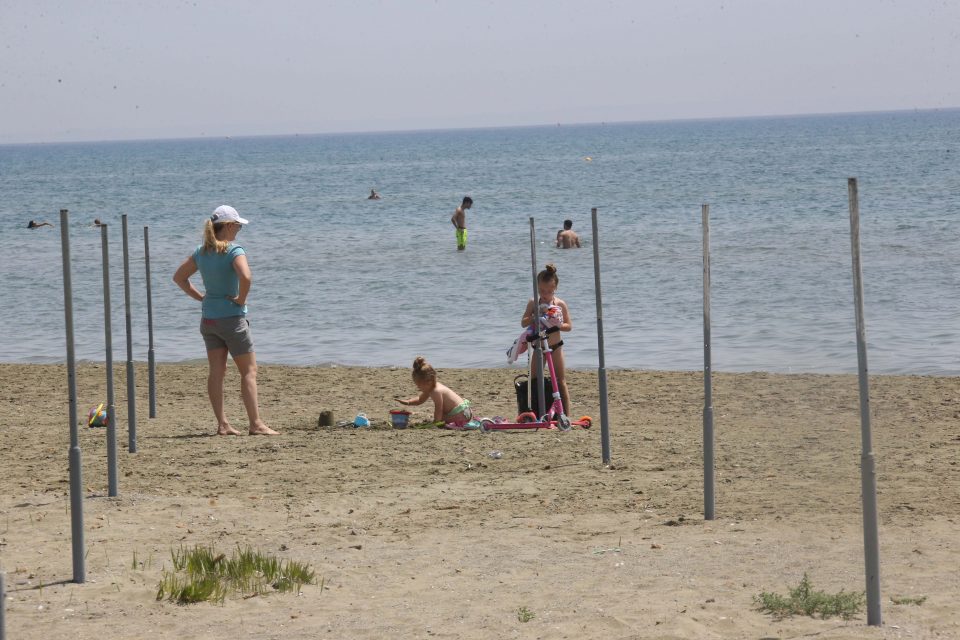 Prospects for the hotel and tourism industry are still bleak, a representative for hoteliers in the Famagusta area said on Wednesday, even if EU ministers, meeting Wednesday to discuss reopening air travel agrees a joint way forward.

According to media reports from abroad, the European commission will recommend a phased approach to reopening borders that means EU countries with “similar overall risk profiles” on the pandemic will open to tourists from each other’s countries, according to a leaked draft paper seen by the Guardian, it reported.

“Restrictions on travel should first be lifted in areas with a comparable epidemiological situation and where sufficient capabilities are in place in terms of hospitals, testing, surveillance and contact tracing capacities,” the paper said. The draft was first reported by the website Euractiv, the Guardian said.

Such an agreed joint approach will however leave Cyprus coming up short from its two major markets, the UK and Russia.

Doros Takkas, the president of the Famagusta hoteliers association Pasyxe, told CNA on Wednesday he had talked to the three major Russian travel agents to glean their assessment of the situation in Cyprus and on the prospects of Russians going on holidays this year.

“Unfortunately, they do not see things looking very good because they believe that the government will not allow citizens to travel abroad,” he said.

Regarding the British market, Takkas said: “Everyone is aware of the bad situation in the country due to the coronavirus. However, we expect to see whether Boris Johnson’s government will take any other measures, including non-travel abroad in an effort to slow down the spread.”

On Tuesday, UK Health Secretary Matt Hancock said British people are unlikely to be able to go on international holidays this summer. Asked on ITV’s This Morning show if people should accept that the normal summer holiday season for travelling abroad was cancelled, he replied: “I think that’s likely to be the case.” “The conclusion from that is it is unlikely that big, lavish international holidays are going to possible for this summer,” he said. Prime Minister Boris Johnson said on Sunday the government planned to introduce a 14-day quarantine for international travellers to prevent a second spike in the virus.

Takkas said hotels and all businesses related to tourism in the Famagusta area were preparing for the new tourist season.  Hoteliers were ready to open within 15-20 days from the day they are given the green light to do so, he added.

“We expect to see what will happen with the start of flights to and from Cyprus, with which countries we will have an air connections, and what protocols should be observed in terms of safety and health issues,” Takkas said.

He said discussions and exchanges of views were taking place daily online with all those involved in the hotel and wider tourism industry on how to kick-start the new season.

“However, everyone realises that most travel agents are more afraid of what will happen in their own countries and not so much in Cyprus,” he said, referring to the pandemic situation in both the UK and Russia, which account together for 75 per cent of the tourist flow to Cyprus,.

“In Germany, another important market for our island, there is a setback, while the Scandinavian countries they are also not doing well.  At first there was an assessment that the situation in the Nordic countries was good, but today we see that on the contrary it is very bad,” Takkas added.

“Given the prevailing data today in several countries around the world, and especially in Europe, the market from which Cyprus can draw tourism is extremely limited. The prospects are bleak for the whole world and especially for the hotel and tourism industry. ”
Takkas said even if hoteliers are given the opportunity to open, even with the damage already done, having visitors for two or three months would give some life back to the region.
Asked about domestic tourism, Takkas said it was important but would not be enough to support the industry. Domestic tourism does not exceed 3 to 4 per cent since many Cypriots have holiday homes in