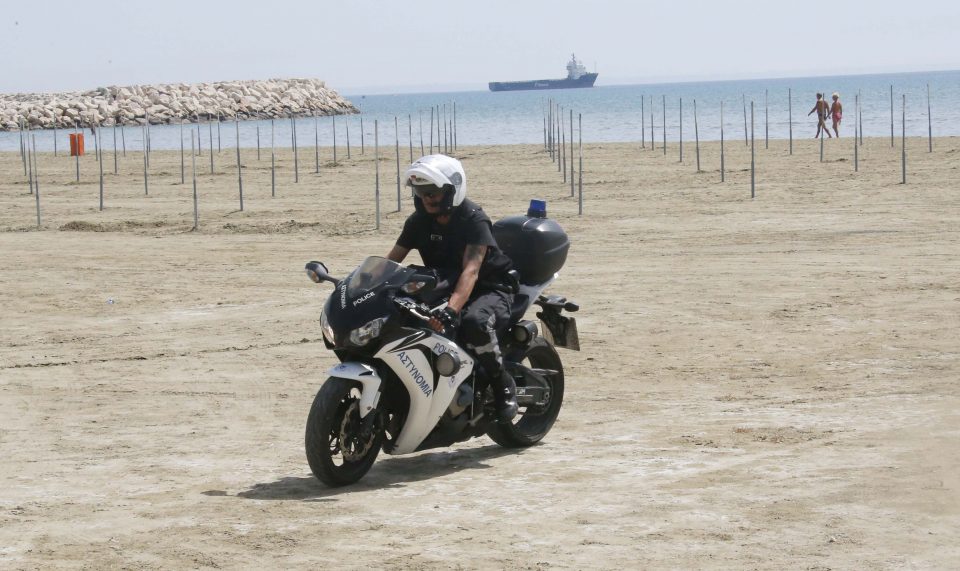 A police officer patrols a Larnaca beach on Wednesday

Police officers enforcing movement restrictions have been instructed to place emphasis on potential public assemblies in coastal areas, mainly in Limassol and Paphos, the force’s chief said on Wednesday.

Kypros Michaelides said officers will be concentrating on coastal areas where large numbers of people have been going after the government eased movement restrictions.

Under present regulations in force until June 9 when beaches are officially set to open, only groups of two are allowed on the beach together and are only supposed to be there for swimming. Underage children are exempt.

But there have also been large numbers of people strolling on the promenades, especially in Limassol.

The chief said the force will be launching a campaign to inform people of the need to implement protective measures, including social distancing.

Announcements and signs will be put up warning people of the risks. In areas where gatherings are notices police will use bullhorns to remind them to keep their distance.

“We fully understand people and their need to get out after two months of being shut inside their houses,” Michaelides said, adding that on the other hand the force was tasked with ensuring public health.

The chief said booking people was not an end in itself and instructions have been given to officers to approach citizens politely and not to inconvenience them without any reason.

The UK government is in effect trapping its own people

Turkey refuses plane from China to fly over its airspace (Updated)