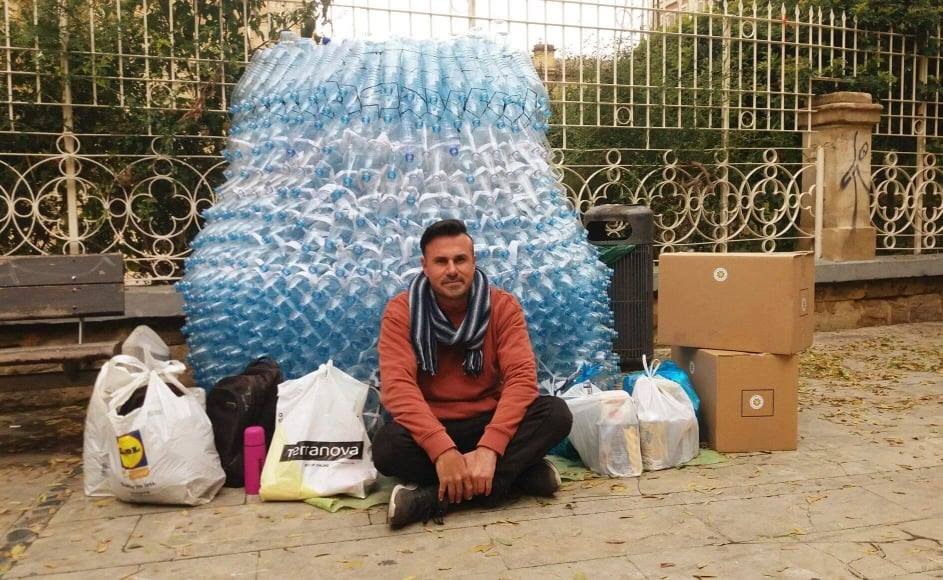 We often focus on the negatives as news travel much faster these days, yet in any situation, there are glimpses of light. Companies and universities are offering seriously-reduced or even free online courses (NBCN’s Digital Copywriting Masterclass Bundle has gone from $1,177 to $39), people are leaving bags of food for those in need and the World Without Borders cultural centre in Nicosia is supporting an initiative that helps the homeless.

Homeless for a Day is an action being carried out in various countries around the world, said the cultural centre’s owner Giorgos Christoudias, “by ordinary citizens in order to help, even temporarily, people who have lost their jobs, their homes or found themselves on the streets and need to meet basic necessities of life.”

For the last two years World Without Borders has been collecting goods and helping those in need. This year it is supporting an inspiring Athenian initiative which seeks to give purpose to the homeless and spread a love for books.

Leonidas Koursoumis, once homeless himself, put his passion for books into good use and set up an old bookstore for the homeless, To Palaiovivliopolio ton Astegon, as it’s known in Greek. Created by himself and two other homeless people in an old warehouse they were given, they collect book donations and sell them for a low price to generate an income.

From working at the bookstore, the employees and Leonidas managed to find a house. Their team is gradually reducing as one member left when he found a permanent job, although Leonidas is recruiting more homeless under the project’s wing.

Set up just 11 months ago, Leonidas’ initiative has gathered the attention of Greek media and in January 2020 it was awarded by the Together for Children Greek charity for his moving work. The bookstore and its story also touched Giorgos at World Without Borders and he wanted to help.

“This particular effort came to my attention from the beginning of its creation. I was so shocked by Leonidas Koursoumis’ vision that I could not remain indifferent. I felt I had to act. I was given the opportunity through the action Homeless for a Day.

“Having experienced unemployment a few years ago but also through my experiences with people in need, I feel very sensitive to highlight this issue,” added Giorgos and from early February he’s been collecting books to contribute to the initiative, where the public can help.

As part of the initiative, Giorgos was due to spend 24 hours on the street, sleeping overnight in Phaneromeni square to bring awareness to the homeless situation. When the coronavirus broke out, the event was postponed as was the collection of books.

The deadline for collecting books has been extended to May 17, with the cultural centre resuming the collection of used books.

“Ι would like to invite people,” he said, “if they have books they don’t need, we would be happy to collect them for this beautiful purpose!”

Arranging the pick-ups, he said, is done on the phone to set an appointment. Giorgos meets the donors, picks up the box and leaves. “It’s a five-minute deal,” he says “a quick exchange with little physical contact. Something we did even before coronavirus.”

Before normal life was put on hold, Giorgos managed to gather books from individuals plus schools and organisations. He said he was proud he is that their action is supported by the European University of Cyprus and is confident that by mid-May they will reach their goal.

This year’s focus for Homeless for a Day is more than just collecting books though as Giorgos explains: “What is important in this project is that in addition to the books themselves, the focus is on people who have lost their homes and the need for others to show support and solidarity with people who are experiencing a similar situation.”

A small act of love or support, he added, can significantly improve the lives of fellow human beings and now more than ever, everybody can relate to this to some extent. The virus has stripped us of our titles and though some are more privileged than others and have a more comfortable and safe experience of the lockdown, every global citizen is experiencing a crisis.

Books in any languages are accepted (except old school material). For more information contact Giorgos on 99-422855

Coronavirus: new shipment of supplies from China due on Wednesday