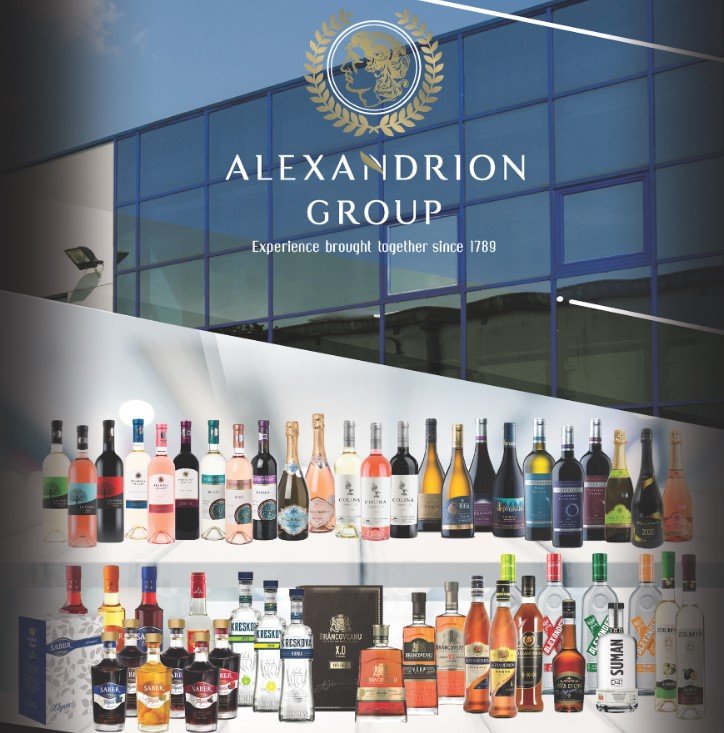 Acquisition International has published the list of “AI Business Excellence Awards winners for 2020”, where Alexandrion Group was declared “Spirits Producer of the Year 2020 – Europe”.

Acquisition International, a prestigious business global magazine which, over the years, has awarded big companies from various business industries in Europe, has revealed the business winners for 2020, declaring Alexandrion Group as the “Spirits Producer of the Year 2020 – Europe”.

In an extremely competitive and complex market, such as the spirits market in Europe, this recognition, granted by a well-known international business publication, acknowledges the superior quality of the beverages produced and sold by Alexandrion Group, highlighting the fact that Alexandrion Group is one of the most important players both in Romania and worldwide.

Alexandrion Group is a combination of history, tradition and experience brought together since 1789. As a spirits producer and a brand creator, Alexandrion Group owns one of the biggest production facilities in South-East Europe, the Alexandrion Distillery. With the completion of the plan announced for a new, state-of-the-art US Distillery in New York, the Group is evolving into a Global Producer of spirits and wines.

The portfolio of own products includes traditional Romanian drinks such as Zolmyr fruit distillate (Țuică), as well as international products such as Alexandrion 5 * and 7 *, Brâncoveanu Vinars, SABER Elyzia fruit liqueurs and Kreskova Vodka amongst other. As from 2018, the Group expanded its activities further with the acquisition of a winery and vineyards in Romania, thus complementing its portfolio with a wide brand range of award-winning still and sparkling wines, under the corporate identity “THE ICONIC ESTATE”.

Alexandrion Group, with a significant presence of its products in more than 50 countries across the globe, has relocated the base of its international operations to Cyprus since 2017, with the aim of implementing its strategic plan for international expansion. The Group currently has offices and subsidiaries in Romania, USA, Cyprus, UK, Greece and Brazil. In addition to spirits and wines, the Group is also active in tourism.

In October 2019, Alexandrion Group also completed the acquisition of the majority stake of V.M. Cavaway Ltd. Cavaway, based in Larnaca, was established in 2004 and has as main activity the trading and distribution of alcoholic and non-alcoholic beverages and wines in Cyprus. Currently, Cavaway successfully supplies various market segments and a wide range of customers throughout the island. By joining Alexandrion Group, all synergies and conditions are created to enable Cavaway to broaden its business scope and develop into one of the most important players in the Cyprus beverage market.