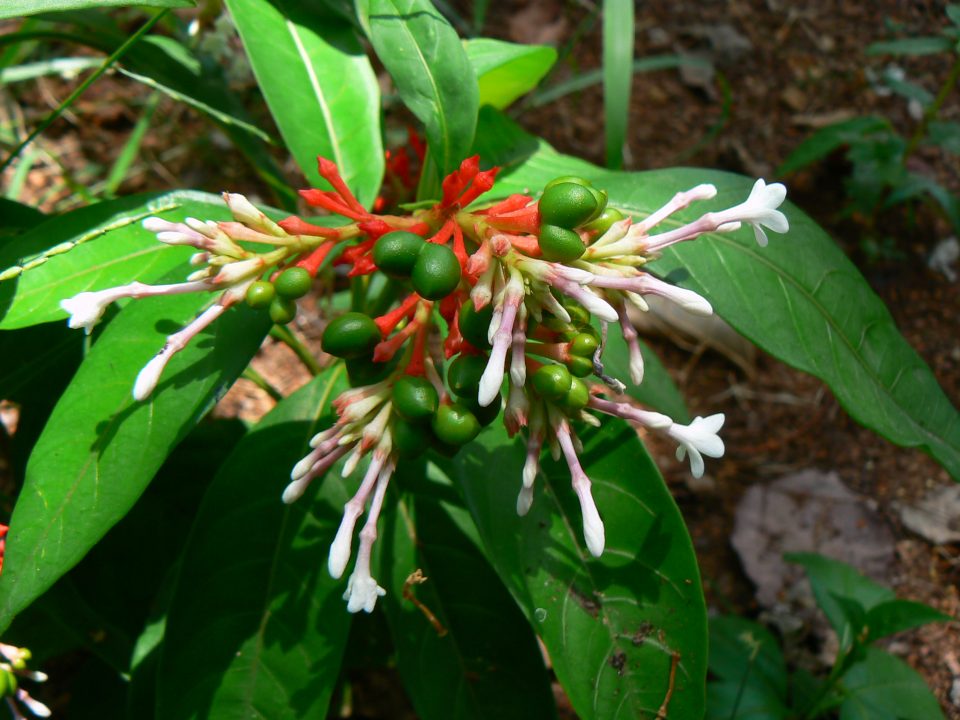 Habitat: A shrub member of the Apocynaceae growing to about 1.5m in sub-tropical Asia. It is a spindly evergreen plant with whorls of leaves, red flowers and yellow fruit which surprisingly appear at the same time.

What does it do: The plant takes its name from the 16th century botanist and physician Leonhard Rauwolf; the species name is taken from the appearance of the root, which contains the active chemical constituents.

The plant has been used for over 3,000 years in Ayurvedic medicine as a cure for snakebite and as a remedy for hypertension. Folklore claims, that the mongoose was seen to unearth and eat the root when about to engage in combat with dangerous snakes, which seems to convey a rather unusual state of preparedness on the part of the little mammal.

It was not until the early 50s that a group of pharmacists in the employ of CIBA, the Swiss drug company, following some earlier studies by a group of Indian academics, were encouraged to isolate the alkaloid compounds. The results of this research led to the discovery of an organic alkaloid which CIBA named reserpine. In one clinical test, reserpine lowered a patient’s blood pressure from 300/150 to 160/100 which occurred without any of the usual side-effects associated with the prescribed drugs of that era.

In Birhar province, the Ayuredic practitioners used Snake Root to treat all manner of mental illness, particularly schizophrenia. The plant attracted the attention of Western psychiatrists who developed a number of treatments from the root that are still used today.

Interestingly, the treatment for high blood pressure was abandoned in the 60s when it was apparent that it gave rise to manic depression.

The plant is still used as a sedative to quieten distressed babies in India, and as a cure for snakebite. Mahatma Ghandi recommended tea made from the leaves of the plant should be drunk on a regular basis by all politicians.

From an arm to a lab, how novel coronavirus antibody testing works