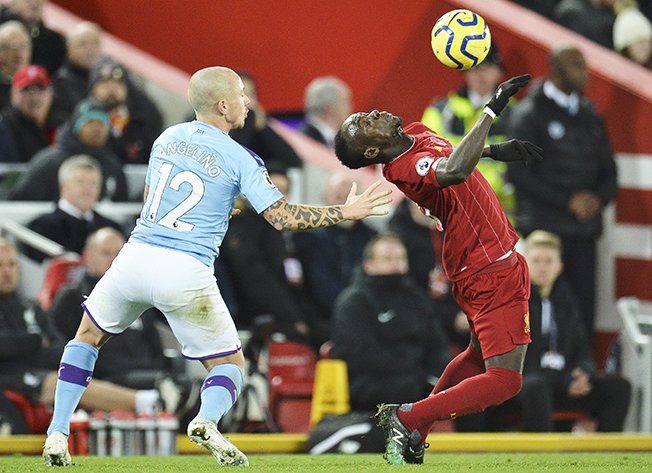 'Liverpool coming to Manchester City I have no doubt would attract crowds whether they're allowed in the ground or not,' says the chief of Greater Manchester Police

The chief of Greater Manchester Police says he is concerned fans would still congregate at stadiums even if they are not allowed in to watch Premier League games due to COVID-19 restrictions.

Clubs held discussions this week on how to complete the campaign and hopes of a June restart have been given a boost by the government saying elite sport could return after June 1.

Clubs have been informed that any resumption would see games played at neutral venues approved from a health and safety point of view but they remain hopeful they can still find a way to play games on the home and away basis.

“Liverpool coming to Manchester City I have no doubt would attract crowds whether they’re allowed in the ground or not. It needs very careful thinking through,” Chief Constable Ian Hopkins told reporters.

“What we’re fearful of is that people will turn up either at neutral grounds or at home grounds, and some of that could be particularly problematic.”

Hopkins said that from a policing perspective it would not be an impossible challenge.

“But we’re in … difficult times, and it remains a health issue so the thought of large groups of people coming together and not practising social distancing is a difficult one.”

From an arm to a lab, how novel coronavirus antibody testing works