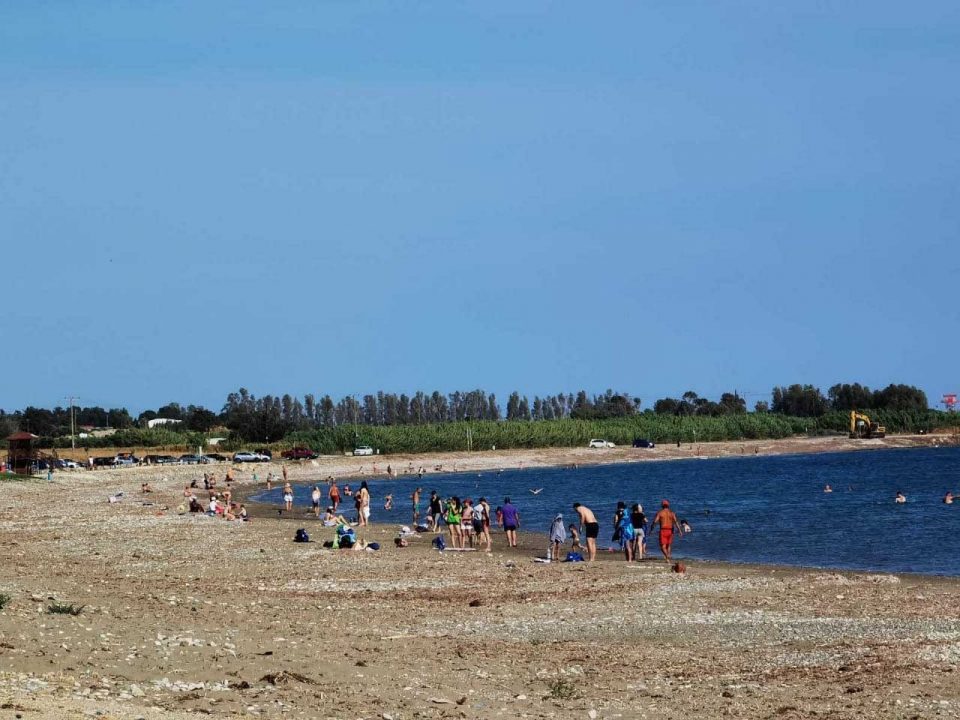 Lifeguards in Paphos say they need more staff as the sea is already crowded at some beaches and the current distribution of staff at areas which are operating is not balanced.

They are also urging the state to open all beaches in the district as soon as safely possible and ensure they are manned by the correct number of lifeguards.

There are currently only ten beaches ‘open’ that are manned by lifeguards in the Paphos district due to the lockdown measures.

In the latest decree, the state announced that swimming in the sea is permitted but sunbathing, hanging around on the beaches or using sun loungers is not.

But on Paphos beaches, many are not practicing social distancing and some disregard lifeguards who inform them that sunbathing is not permitted. “We then call the police,” a lifeguard told the Cyprus Mail.

The weather is hotting up and record-breaking temperatures for May are forecast for the weekend. Increasing numbers of people are visiting Paphos beaches.

Swimmers take to the water from around 6am, particularly at Ta Bania in Kato Paphos, and the flow continues all day until the evening, according to lifeguards.

Last year 95 lifeguards were on duty from April 1t covering the Paphos district. This year, they started work on May 3 and only 10 beaches are ‘open.’

These include the areas of Neo Chorio and Polis Chysochous. There are only around 19 lifeguards working altogether and the distribution of staff is wrong, a lifeguard said.

“Far more of us are needed in Paphos where the beaches are the busiest and most popular,” he said.

“We need 16 or 17 working to ensure a good rescue and for the area to be safe,” he said. Currently there are only 11 on duty and working from 7am until 3pm, leaving many hours unmanned.

“Who will save them, it’s getting busier every day.”

According to marine police, civil defence and police that are checking the beaches at Neo Chorio and Polis, there are only a few currently swimming in these areas and mainly at weekends. Weekdays they are mostly empty.

In this area, there are four beaches open for swimming and seven lifeguards working to look after only a handful of people, he said.

Also, Venus Beach in Paphos, which saw the recent construction of breakwaters to combat the deadly current and help to prevent any further fatalities, is busy with up to 60 people at a time taking to the water and not practicing social distancing, despite the fact that the beach is yet to ‘open.’

“They spent €1.9 million on making this area safe, they need to open it up and put two lifeguards there. If someone gets into problems in the sea, there is no-one there to save them,” another noted.

Lifeguards are also undergoing specific Covid-19 training, which includes information concerning how they will carry out CPR during the pandemic. As there is only one lifeguard on many of the Paphos beaches they are facing difficulties as to how to carry this out safely

“A defibrillator and an oxygen tank are heavy to carry and run 100 or 200 metres with, and even more difficult if you have just performed a rescue at sea and are all wet,” the lifeguard said.

The lifeguards urged the authorities to open up all of the beaches and ensure they are adequately covered with enough lifeguards on duty for the duration of the day.

Our View: Time for a compromise solution for the Paphos-Polis highway