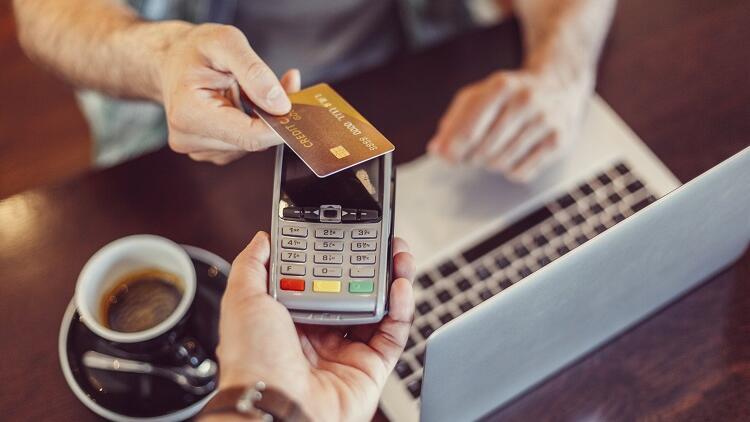 Cyprus was late in the game of digital payments, but the coronavirus has helped change all that, not without controversy

Sheltering-in-place during the Covid-19 lockdown has led to a surge in digital payments, partly for convenience and partly out of fears – warranted or not – of handling physical cash. The drive to go cashless appears to have got a new lease on life.

With Cypriots spending far more time indoors and isolated from one another, the market swiftly adjusted, as more and more businesses moved into e-trade, supermarkets offered online orders and banks made it easier than ever on customers to manage their accounts remotely.

According to JCC data released in late April, credit or debit cards usage in supermarkets rose by 31 per cent from March 17 to April 26 compared with the same period of last year.

Credit card usage in kiosks spiked by 93 per cent compared to last year. Likewise for transactions with the government after card payments were accepted for social insurance.

And amid perceptions that touching credit cards is likewise unsafe, JCC raised the limit from €20 to €50 for contactless payments with credit and debit cards without using a PIN, to minimise cardholders’ physical contact with the POS terminal.

In late April, Eurostat released data for 2019 showing that 39 per cent of Cypriots shopped online.

During the current coronavirus pandemic, with high streets in lockdown for weeks and consumers adhering to ‘social distancing’, e-commerce can be expected to grow further, Eurostat said.

In the Covid-19 zeitgeist, meanwhile, the government announced it would soon be rolling out e-signatures – digital verification of one’s identity without needing to be physically present.

Minister of Innovation and Digital Policy Kyriacos Kokkinos called this “a small positive revolution” in the way the public interacts with the state, but also with private entities.

He said the e-signature will be made possible through credible certified service providers like JCC, the primary processor of card transactions.

To be able to use the signature, a person’s ID must first be verified either through their bank or by JCC.

“To be sure, electronic signatures are useful and can cut down on red tape…on the other hand, it all seems a bit too incestuous,” a financial source told the Sunday Mail.

The source, who preferred to remain anonymous, highlighted that JCC is a commercial player in the payments business.

What’s more, JCC is 75 per cent-owned by Bank of Cyprus and Hellenic Bank. The company has had a near six-year monopoly in the card clearing market, after its only contender Imsp collapsed when parent Federal Bank of the Middle East was shut down over US-imposed money laundering charges in August 2014.

“Having JCC or the banks act as a sort of regulator or go-to authority on e-signatures does sound like double-dipping.”

Whereas Kokkinos indirectly alluded to the ‘cash is dirty’ meme when talking up the e-signatures, some health experts say cash is not a relevant vector for Sars-Cov-2.

Back in March, Margaret Harris, a spokeswoman for the Covid-19 team at the World Health Organization, said there’s no evidence that cash is transmitting the novel coronavirus.

She did add that people should always wash their hands after using cash – although it’s been well known for decades that cash carry germs and bacteria.

Not all anti-cash developments link up with the coronavirus situation; some were already in the pipeline. But they’re congealing to form a ‘perfect storm’, as it were.

For instance, what with private doctors and dentists here notorious for not accepting payments by credit card, in a bid to crack down on tax evasion and the ‘black market’, the government had drafted a bill mandating that most businesses in Cyprus install credit-card receiving machines.

Discussion of the bill will resume once parliament reopens normally, and the item is expected to be passed in the very near future.

Tax Commissioner Yiannis Tsangaris said “the majority” of businesses would be affected.

Once the legislation is passed, the Tax Department will be issuing a decree specifying the companies and entities that will have to accept mandatory credit, debit and prepaid card payments.

These include, but are not limited to: law firms, accounting offices, hospitals, dentists and businesses specialising in general and specialist medical professions, dining, entertainment and leisure facilities as well as hairdressing salons. In addition, businesses providing motor vehicle repair services, plumbers and air conditioning installations as well as all retail businesses.

Upon enforcement of the decree, businesses and entities must clearly inform customers that they accept payment by cards. A transition period will be afforded to affected businesses to install the special terminals.

That doesn’t mean these businesses can’t transact with cash – but that they will be required to also offer the alternative of payments with plastic money.

Tsangaris revealed that authorities had wanted to go farther still:

“For businesses falling under the decree, we had considered also requiring them not to accept cash payments of over €300. This [proposal] was later dropped.”

On another front and, taking its cue from Brussels, Cyprus earlier banned cash transactions of over €10,000.

Any cash-based transactions over €10,000 are a criminal act, with fines of up to 10 per cent of the value of the transaction.

The debate over privacy (cash) versus security is not new. But far from abating, the attacks on physical legal tender from a phalanx of economists, central bankers, commercial banks, and politicians have accelerated in recent years, with the financing of terrorism and crime dragged into the spotlight.

In a study published in November 2016 and titled ‘Cash, Freedom and Crime. Use and Impact of Cash in a World Going Digital,’ Deutsche Bank Research took on a number of popular myths surrounding cash, among others in the context of crime and terrorism.

For example, as regards terrorism in Europe, an analysis of 40 jihadist attacks over the past 20 years found that “most funding came from delinquents’ own funds and 75 per cent of the attacks cost in total less than USD 10,000 to carry out – sums that will hardly raise suspicions even if paid by card.”

Coming back to the present day, other prominent economists sound the alarm over the apparent nexus of Covid-19 and the assault on cash.

Economist Norbert Häring recently told Sputnik that “starting about 2005 the ‘war on cash’, as they were calling it, was just a declared business strategy of Visa and Mastercard to push back [against] the use of cash, because they see it as the main competitor for their credit cards.

“From about 2011 this kind of talk stopped completely. Instead they entered into a coalition with the US government, the Bill and Melinda Gates Foundation and Citibank and formed the Better Than Cash Alliance to pursue the elimination of cash.”

Asked directly whether Covid-19 and the lockdown model are being used to further push the ‘war on cash’, Häring offered:

“Yes, of course, it is used very much in this respect. Banks are running mailing and internet campaigns, telling their customers that cash is dirty and cards or mobile payment solutions are not. They do so despite the lack of any evidence that the virus can be transmitted via cash.”

For the man on the street, another perk of cash is that serves to limit central banks’ ability to continue conducting negative interest rate policy (Nirp). As long as cash exists, you can’t stop depositors from doing the logical thing – taking their money out of the bank and parking it where the erosive effects of Nirp can’t reach it.

Weighing in on this, the Cypriot financial source told the Sunday Mail:

“No doubt, if you don’t have the cash in hand then you’re forced to keep it in a financial institution. In such a set of circumstances, banks can and do take advantage.”

In late February, Bank of Cyprus joined Hellenic Bank in charging certain corporate clients a fee on their deposits. Broadly, it began levying a negative interest rate of minus 0.4 per cent monthly on the available account balance, but only on that amount over and above €100,000. The first €100,000 is exempt.

Asked to comment, a Bank of Cyprus spokesperson at the time had told this paper matter-of-factly they were merely going along with European Central Bank policies, calling it “the new normal.”

Our View: Better to delay phase 2 of Gesy than see system collapse

Man arrested for carrying a weapon