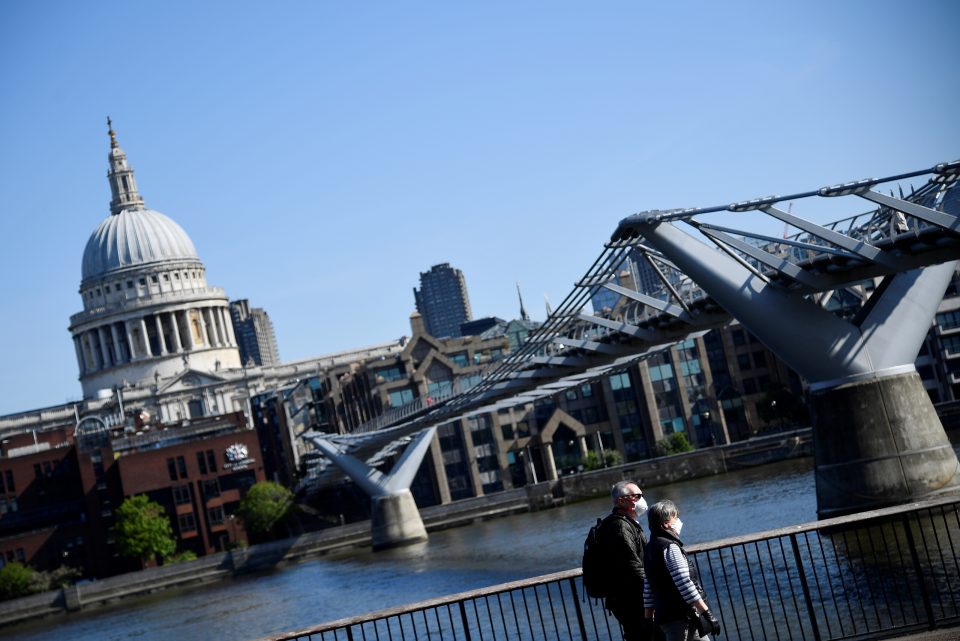 I would not dream of mocking anyone wearing a mask to prevent them from infection.

I never thought I would ever seriously consider fleeing England, let alone because of a well-founded fear of persecution from an invisible virus imported from China. However, being 72 with an underlying health condition, staying on after a government warning that it is unable to protect me if I venture out of my home would be foolhardy.

Under refugee law you are a refugee if the country of your nationality or habitual residence is unable to protect you from persecution for a convention reason.

A convention reason includes membership of a particular social group.

If pressed I could argue that being over 70 with an underlying health condition qualifies as a social group.

Normally agents of persecution are political opponents or religious fanatics from whom the state is unable to protect the refugee. With corona the persecution is from a virus but the inability to protect is the government’s responsibility.

In bygone times there were societies that used to march their elderly beyond the cliff edge once they reached old age. In the time of corona people pay lip service to protecting the old and vulnerable and the British government has apologised profusely about the number of deaths in care homes, but who is to say that advantage is not being taken of coronavirus’ predilection for killing off the elderly given their enormous cost to the exchequer?

A rhetorical question, a bit tongue in cheek because society is well disposed towards the elderly, but there is a serious point to be made here. Why weren’t care homes for the elderly better protected? I am still puzzled how the virus got into care homes given that their residents do not normally go out gallivanting.

Fortunately, I have not been taken away to a care home yet but I must stay indoors by government diktat. So, my choice is either to stay in England housebound or flee to some deserted beach in Cyprus with “a loaf of bread a flask of wine a book of verse and singing beside me in the wilderness.” The misquote is from Omar Khayam’s Roubayat translated by Edward Fitzgerald – a must read for those who wish to live the good life and die well.

However, fleeing is easier said than done. There are no scheduled flights to Cyprus. Time was when I would book a flight online and taxi to Heathrow to be in Larnaca in five hours and at my favourite taverna on the seafront by 8.

I should have left when the Brits voted to leave the EU. I decided not to as I thought I could have the best of both worlds: one in Cyprus inside the EU, and one outside it in UK.

So, when Boris Johnson won convincingly in December 2019 I decided to put up and shut up in the face of the democratic mandate of the people, though as I watched childish cabinet meetings about how many hospitals they would build I thought these guys are Boy Scouts – and so they proved when corona hit.

Competence was never Boris Johnson’s forte. Showmanship and the gift of the gab were more his area of expertise, although to me he sounds obnoxious.

Old Tory grandees like Michael Heseltine and the former Daily Telegraph editor Max Hastings thought Johnson could not organise the proverbial in a brewery but even they could not argue with democracy so they fled to the shires licking their wounds.

Wishing the country well, I stayed on and began to believe that maybe, just maybe, life in Britain outside the EU was not such a bad idea after all. Commonwealth people like me are more patriotic about Britain than native Britons are prepared to admit to for themselves.

It is odd being patriotic about Britain if you are not native British. It is borne of nostalgia about a lost world that happens with empires – Saint Paul was very proud he was a Roman Citizen even though he was Jewish.

I have come across lots of people like me in Britain over the years, mostly from the Indian subcontinent and the West Indies, and some older Turkish and Armenian Cypriots too. Wittingly or unwittingly we followed the British here after independence because whatever else we thought they did law and government well: competent, honest, incorruptible government.

The coronavirus crisis has all but destroyed this view I had of Britain. It is not any more the serious, competent country ready to confront any eventuality calmly with a stiff upper lip and the indomitable spirit of old – the coronavirus has shattered the image I had of Britain for years – probably since the coronation of HM Queen Elizabeth II in 1953.

The way the government has handled the corona crisis has been appalling. Minister after minister repeating the mantra that the government was guided by the science and then the scientists changed their mind and it all went tragically wrong.

Initially, the policy was to contain and then delay and finally mitigate – meaningless phrases of pseudo-science. I would have preferred the chess strategy of grand master Emanuel Lasker: “first I contain then I restrain finally I destroy.”

Then it got embarrassing when Prince Charles caught the virus. And then pathetic when Matt Hancock, the Health Secretary, caught it too. But when Boris Jonson caught it and looked as though he was not going to make it, we all wished him well and were delighted he survived.

But now that he is in robust good health a few home truths about poetic justice are in order.

Last year Johnson mocked Muslim women. He poked fun at them saying they looked like bank robbers in balaclava masks and he and many of his ilk thought that was funny and laughed at them even though most of the poor women could not help the way they have to dress.

I don’t know about you but it has not been lost on me as I now look around and most people look like bank robbers in balaclava masks but I would not dream of mocking any of them for the fact they have to wear masks to protect themselves from infection.

As you know from Greek mythology you must not tempt the Gods. It’s called hubris!