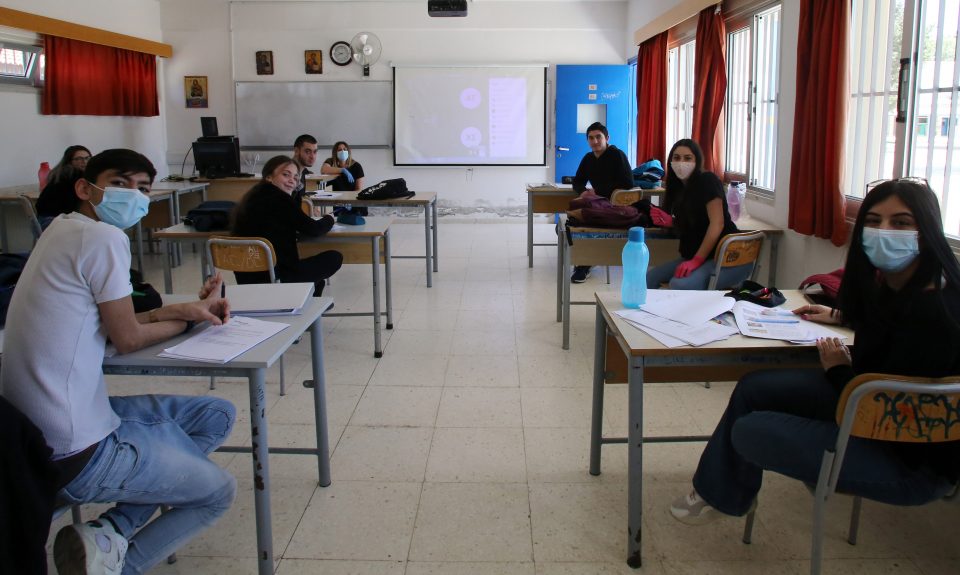 THE AMOUNT of moaning we have been subjected to from teachers and their teenage proteges in the last week because some of them had to return to school could be reported as a violation of the International Convention on Torture.
How much collective moaning and whining is a society expected to put up with before charging the perpetrators for inflicting torture? They started on Monday morning and never stopped. Of course, the media are not without blame, considering they covered every stupidity uttered by the coalition of moaners, especially TV and radio, which brought them into our homes.
Deputy general secretary of Oelmek Themis Polyviou complained to Politis that the internet crashed at some schools so there was no distance learning (final year kids were attending school on alternate days), which in theory should not have a problem as distance learning has been declared a violation of personal data.
It was not the only human right distance learning violated. It was also blatant discrimination, having some students being taught at school and others at home, said Polyviou, who did not stop there. He also had a moan about the inadequate disinfection of schools. “The buildings were not sprayed as happened at schools in Greece, but cleaners just cleaned desks and doors,” he moaned, unaware that the virus could not have survived for the two months the schools were closed.

IT TURNS out that the unionised kids have become better at moaning than their teachers. After the first day at school, the ludicrous student organisation Psem complained that kids had to change classrooms, but worse still they had to wipe dust off their desks before using them, which raised questions about the disinfection process.
And there were not enough masks and plastic gloves for all the students in the schools. They also had a whine about the school buses and demanded clarifications, like their comrade teachers, regarding the “protection of personal data.”
They embarked on a new bout of moaning when they found out later in the week that some of the final year exams would be held on Saturday and possibly in the afternoons. President of Psem and moaner-in-chief Yiannis Lapithios, a jumped-up teenage Akelite, posted on his Facebook page that Saturday exams were a problem because of fewer buses. Considering everyone has a car, couldn’t a parent drop the kid off as school, or is it violation of personal data?
As regards afternoon exams, the junior Akelite turned into an educational expert. Students and generally all people are less tired and more concentrated in the morning and of course there was the issue of the fewer buses in the afternoon, like on Saturdays.

THE MOST concerted moan was about the alleged violation of personal data. I can understand lazy, crap teachers not wanting to be filmed doing their lesson and their uselessness being on record but why were the kids complaining about it? They wouldn’t even be filmed.
Was this a show of solidarity with the people that taught them the fine art of moaning? Teenagers are on Facebook and Instagram every day telling the world everything about their life and suddenly they have become champions of the protection of personal data? And this moaning for the sake of moaning is given credence by the commissioner of personal data who is examining the matter.
I think I am being guilty of double standards here because moaning about the moaners is still moaning. It seems I have also been infected by the moaning virus which is spreading much faster than Covid-19. I hope the epidemiologists take action, like suspending the moaners’ right of free speech.

IN THE NETHERLANDS the National Institute for Public Health and Environment (RIVM) has advised single men and women to cope with the lockdown and the need for physical contact by finding a seksbuddy, which is exactly what it sounds like.
“For example, meet with the same person to have physical or sexual contact (for example a cuddle buddy or sex buddy), provided you are free of illness,” said the RIVM. It also had advice for couples, one of whom had been infected by the virus or was in quarantine with suspected symptoms. “Sex with yourself or with others at a distance is possible (think of telling erotic stories…)”
None of the prim and proper experts advising Prez Nik dared offer single people in Kyproulla any advice on how to cope with the sex lockdown. Our society is too puritanical to say anything in public about sex; here people protested because the lockdown prevented them going to church. Moaning because the lockdown destroyed your sex life is socially unacceptable and not even teaching unions would bring it up as an excuse to not to return work.
A few days ago a prudish judge sentenced a man to 45 days in prison because he was caught going to his fiancee’s house after curfew. Not even for love was the judge prepared to show clemency, so we should banish the thought of a decree about finding a seksbuddy.

I FEEL embarrassed to admit it, but after three months of total domination of the news by the coronavirus, I was quite pleased hear something about our dear old Cyprob. UNSG Antonio Guterres had apparently written advising the two leaders to agree the arrangement for reopening the crossings when the health situation stabilises.
Elam has taken the lead in campaigning for not reopening the crossings, issuing an announcement every day about the matter. On Friday it again called for the permanent closing of the crossings for as long as the occupation continued.
It also said the Turkish Cypriot side is presented with a dilemma. “Either they remain hostages to Turkey which has abandoned them or they rejoin the Cyprus Republic for a European – democratic future.” If the Turkish Cypriots make the right choice, they can be sure Elamites will be waiting for them with open arms.

LAST SUNDAY we carried an item saying that the Dias media group had put in a tender to supply the government with nine million face masks. This item upset the Dias group boss and Chrysanthos Tsouroullis who categorically denied there was any truth to it. He told our establishment: “Neither I, nor Costis Hadjicostis (the main shareholder) personally, nor the Dias organisation, made any offer to supply the state with face masks.”

THE LAST issue of the Financial Times’ FT Magazine Life and Arts carried an extend article about Cyprus and its close links with Russia, covering all bases, from business to politics. It also featured an interview with Prez Nik in which the following was reported: “He (Anastasiades) stresses his opposition to corruption and insists his previous high-profile legal career is not a source of concern but a kind of safeguard. ‘I have done so well when I was a lawyer that I have a lot of savings,’ he says. ‘I’m not in need to be corrupted’.”
I cannot recall whether these savings that are, truly, a safeguard against corruption had been included in the last capital statement submitted by the Prez. The capital statement is no longer posted on the House of Representatives website.

WATCHING our ministers on TV, you cannot help wonder how after two months of lockdown and social distancing their hair remains as short as it was before all the barbers and hairdressers were shut down. How is this possible?
Have they come across some shampoo that prevents hair from growing and kept it a secret so that hairdressers do not go out of business? Or is there a state barber that tours the ministries, in violation of government decrees, giving regular haircuts to ministers and permanent secretaries?
Health Minister Constantinos Ioannou’s hair has not grown a centimetre since the lockdown and ditto Foreign Minister Nicos Christodoulides. Who has been cutting their hair? The people have a right to know.

Coronavirus: Over 100 booked for movement violations