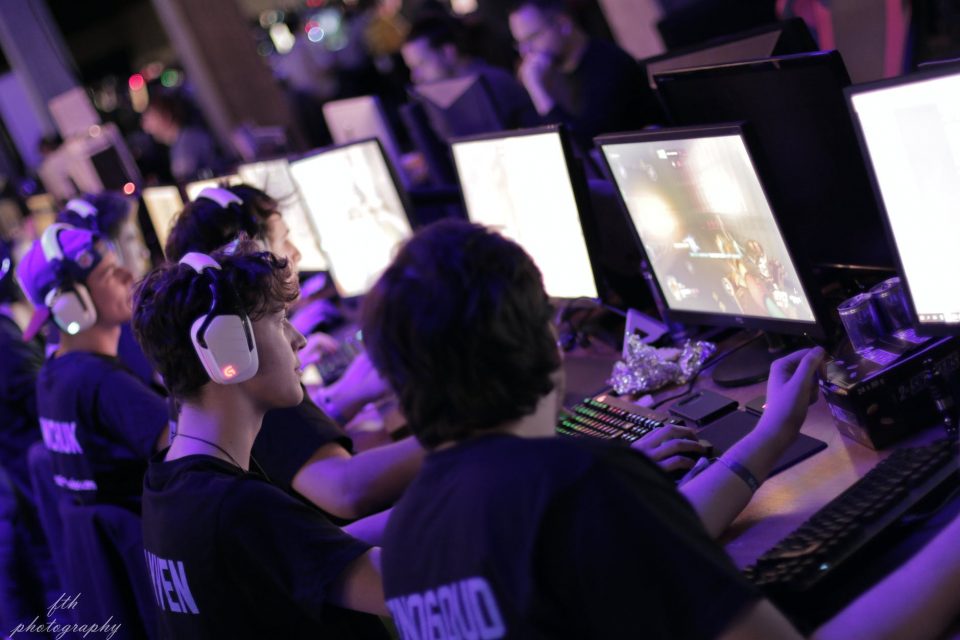 The audience for esports events is not just those that are physically present in the 'arena' but include those that are viewing it live from different geographic locations Photo: Philipp Keller

Esports has to do with the coming together of multiple players in a competitive gaming environment with lots of viewers streaming or watching live until a winner emerges. These events are increasingly becoming popular and gaining a massive audience, as tickets to various live events in major arenas sell out pretty quickly.

The idea of wanting to spectate a video game than actually playing it would have seemed crazy decades ago. While esports events are increasingly becoming popular with viewership like that of traditional sports, several investors are gradually discovering ways to get involved as it encompasses gaming, entertainment, and other adjacent markets.

With millions of viewers streaming live events on platforms like Twitch, diverse methods of investing in the esports industry will continue to emerge. As you seek to discover more investment opportunities with https://jkr.co/, consider these few tips:

The entire ecosystem is growing due to the input of developers who created games that are appealing to a wider audience. They ensure that these games remain engaging by introducing several amazing features in line with the latest technological trends.

Before investing in the esports industry, you should research game developers and publishers who have made considerable input in the industry. They are key to your success as an investor since franchising has become common among them.

Activision Blizzard is one such game developers with popular esports leagues that are making waves in the industry. They are making money from the sale of individual games, as well as franchising/publisher fees, advertising, broadcasting rights, and ticket sales. Investors get to profit by investing in these game publishers.

The audience for esports events is not just those that are physically present in the arena but include those that are viewing it live from different geographic locations. A couple of streaming platforms made this possible, allowing fans to watch their favorite teams from the comfort of their homes.

Huya and Amazon’s Twitch are among the most popular esports streaming platforms that you can invest in. With millions of people streaming live events on these platforms daily, it will be of great benefit to you as new monetization strategies are implemented.

Players and teams always look to upgrade their hardware and peripherals like headsets to stay trendy and improve the performance of their computers. You need to consider the opportunities that this area presents when investing in esports, as players are always acquiring new peripherals, including keyboards and mice.

A couple of hardware makers are partnering with certain teams, hence increasing the popularity of their products as well as its demand in the esports ecosystem.

When looking for esports companies to invest in, you should consider those that are organizing notable events and tournaments. These tournaments present an opportunity for gamers to meet and connect with each other as they support their favorite teams.

WePlay is one of such esports companies with entertainment arenas and tournament modules aimed at giving fans a memorable experience. You are guaranteed of positive return with investments through this channel.

Venture capital funds are now investing in esports which is laden with great potential returns. Venture firms that are actively investing in this industry include BITKRAFT and JKR. Companies like JKR is not solely focused on esports, hence you can get exposure in other fields as you enjoy positive returns from your investment.

How To Invest In Video Games

Video games have been around for decades and gamers are beginning to earn millions of dollars from winning esports events. They may have had to spend several months behind game controllers to attain the level of mastery to become the best in those gaming tournaments that they won.

You do not have to play these games to begin to earn from them as there are alternative ways to start getting your desired returns. For access to massive returns from a popular video game, investing in public stocks, as well as Exchange Traded Funds (ETFs) is your best course of action.

There are several companies that are doing excellently well in the stock market, providing a stable way for investors to enter the online gaming and esports industry.

Some of the biggest players include Take-Two Interactive (NASDAQ: TTW) which owns the Red Dead franchise, as well as Grand Theft Auto, WWE 2K, and NBA 2k series. Electronic Arts (NASDAQ: EA) owns the popular FIFA soccer series and Apex Legends. Activision Blizzard (NASDAQ: ATVI) is another company that has produced several massive games that earned them billions of dollars like Call of Duty, and the Overwatch League.

Tencent (NASDAQ: TCEHY), with popular franchises like PlayerUnknown’s Battlegrounds, Fortnite, League of Legends is another gaming giant. The acquisition of Twitch by Amazon (NASDAQ: AMZN) has also put them in the forefront of the gaming scene, with investors happily smiling to the bank.

Investors that are seeking to get fully involved without focusing on a specific gaming company should consider the opportunity provided by ETFs. They cover various areas of gaming including hardware, software, and entertainment.

Video Game Tech (ARCA: GAME) is one of such ETFs that offer numerous opportunities to investors. With several exchange-listed companies in different sectors of the gaming industry, this is a valid option to consider.

Also important is the VanEck Vectors Video Gaming and eSports ETF (ARCA: ESPO) which exposes investors to the ever-growing esports market. With several holdings that are driving revenue generation, you get to enjoy the level of esports exposure you want as the video gaming industry expands.

Being able to identify and take advantage of opportunities as they become available makes you a great investor. The risks associated with each venture, time factor, and the possibility of actualizing your investment goals should not be ignored if you want to enjoy positive outcomes.

There is no perfect investment strategy as they all have a downside which is why diversification is important. It improves your exposure as you acquire relevant experience in the esports space, whether you are investing in startups or major companies.